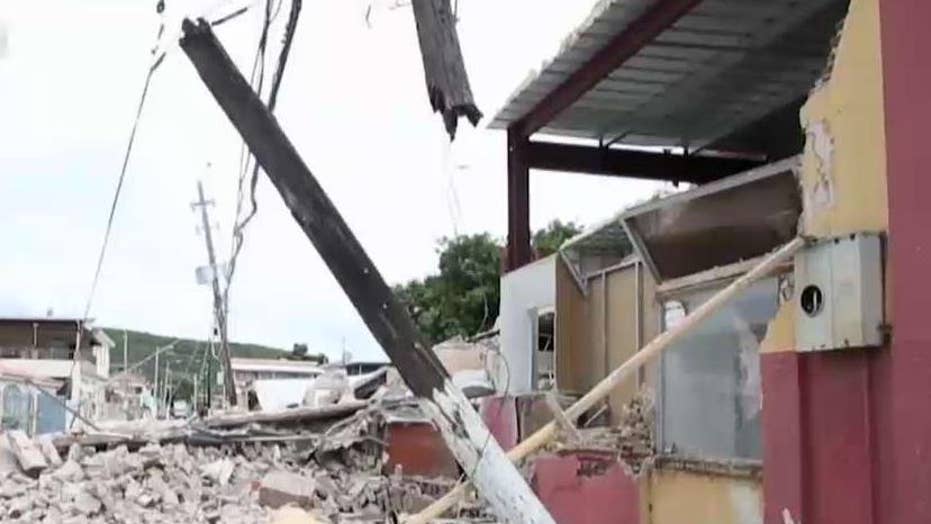 In the wake of damaging earthquakes in recent weeks, Sen. Bob Menendez, D-N.J., and a group of Puerto Rican leaders from New Jersey are demanding that the Trump administration release upwards of $18 billion in disaster relief aid originally designated to help the island recover from the 2017 hurricane season.

Menendez, whose state contains one of the largest Puerto Rican populations outside of the island itself, released a statement on Friday blasting President Trump's response to the earthquakes that struck the island earlier this month, saying it wasn't until after public pressure that he signed a Major Disaster Declaration.

The statement also criticizes the administration for holding back Congressionally appropriated aid alleging corruption and ineffectiveness in Puerto Rico's government.

"Once again we see how President Trump’s indifference and disdain towards U.S. citizens in Puerto Rico is exacerbating a crisis originated by a natural disaster,” Menendez said. “By refusing for almost two years to disburse more than $18 billion appropriated by Congress in 2018, the Administration is sending a clear message of disregard for thousands of Americans affected by the earthquakes who desperately need assistance."

Just Sunday, Puerto Rico Gov. Wanda Vázquez fired two officials in charge of the island's Housing and Family Departments after a video surfaced showing a warehouse filled with water bottles, cots, baby food and other basic supplies that had apparently been sitting there since Hurricane Maria battered the U.S. territory in September 2017.

Last week, Trump's administration said it would release $8.3 billion that had been held up by the Department of Housing and Urban Development over concerns that it would not be properly spent, Politico reported.

During a hearing with the House Financial Services Committee last year, HUD Secretary Ben Carson was confronted by Rep. Nydia Velazquez, D-N.Y., over the issue. When she asked Carson if the hold of the funding was politically motivated, he responded that it was motivated by "common sense" due to the government's poor track record.

Carson's comments reflect a more refined version of the attitude Trump himself has taken toward the U.S. territory, regularly bashing the government for its inefficiencies.

"Puerto Rico is one of the most corrupt places on earth," Trump tweeted in August. "Their political system is broken and their politicians are either Incompetent or Corrupt. Congress approved Billions of Dollars last time, more than anyplace else has ever gotten, and it is sent to Crooked Pols. No good!"

He added: "And by the way, I'm the best thing that's ever happened to Puerto Rico!"

In the joint statement with other leaders of the New Jersey Puerto Rican community, Menendez blamed the block on funds for stunting the process of rebuilding Puerto Rico's infrastructure and the homes that were destroyed by Hurricane Maria.

"Today, we come together again to demand the Trump Administration show a shred of decency, fairness and compassion to our fellow Americans in Puerto Rico," Menendez said.