U.S. Sen. Bob Menendez, D-N.J., had a fiery exchange with a reporter on Capitol Hill on Wednesday when asked to comment on the Green New Deal.

Henry Rodgers, the Daily Caller's Capitol Hill reporter, approached the senator at a subway station and asked him if he supported Rep. Alexandria Ocasio-Cortez's legislative proposal.

Menendez avoided the question and asked where Rodgers worked. Rodgers said that when he told Menendez he worked for the Daily Caller, the Democrat responded by saying he would not answer any questions. An intern who was with Rodgers asked a follow-up question, and tensions apparently rose.

The reporter followed the tweet with an audio clip from their back-and-forth.

“I am wondering why you won’t answer questions on the Green New Deal?” Rodgers asked.

“Why do you think we’re trash, sir?” the reporter followed. 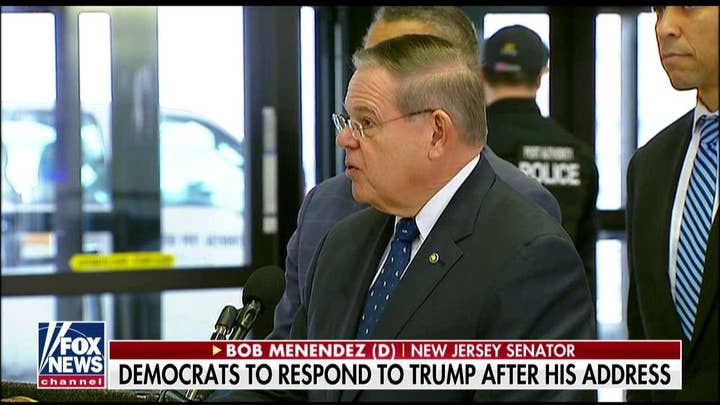 Rodgers told Fox News he had no prior interaction with Menendez and was working on a story that was to include the responses of Senate Democrats regarding the Green New Deal.

Menendez was criticized on social media for threatening to call the police on the reporter.

Numerous members of Menendez’s office, including his communications director, Tricia Enright, defended the senator and trashed what one described as “gotcha journalism.”

Sen. Menendez’s office did not respond to Fox News for comment.