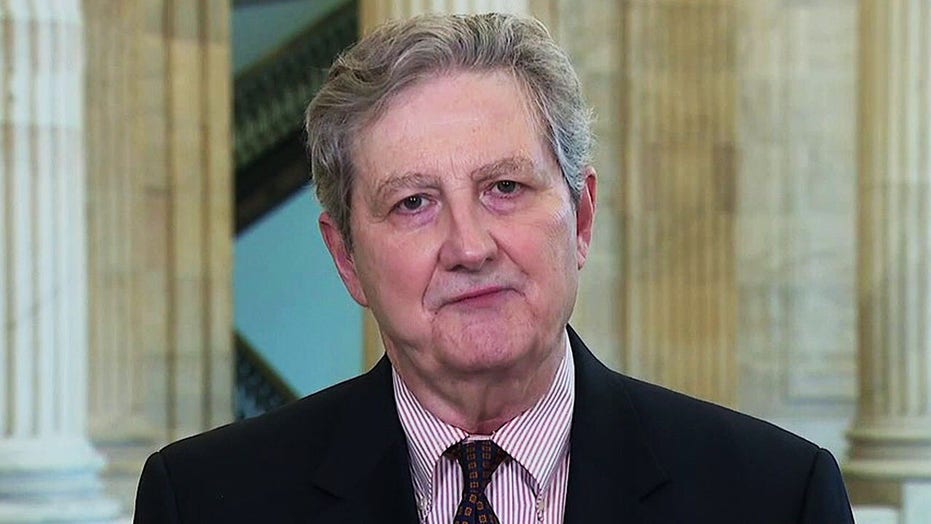 Sen. Kennedy calls Woodward’s ‘Rage’ another ‘gotcha’ book: There will be another one published

Louisiana Sen. John Kennedy reacts to the Democrats and media's reaction to the recordings of Trump’s interview with Bob Woodward about coronavirus on ‘Fox &amp; Friends.’

“I know most of the people on the list, not all of them. I could vote for any one of them. There are some people who are not on the list that I could support,” Kennedy told “Fox & Friends.”

Kennedy listed names such as current Attorney General Bill Barr and Sen. Mike Lee, R-Utah, as other options he would like to see considered for Supreme Court nominations.

Trump on Wednesday announced a list of 20 new people he would consider nominating to the Supreme Court, including three sitting Republican senators.

Speaking from the Diplomatic Reception room of the White House, the president read off a list of names including Daniel Cameron, the Kentucky attorney general who recently spoke at the Republican Convention, as well as Cruz, Cotton and Hawley.

The president said the 20 new names are being added to his previous list of 25 judges.

At the same time, Trump used the announcement to hit his opponent for not releasing his own list of potential nominees. He said Joe Biden had not released names because "they are so far left [they] could never withstand scrutiny."

He called on the former vice president to name who he might nominate to the court, saying it is "very important that he do so." Trump also warned of the consequences to the court if Democrats win the presidency.

“There are a lot of good folks to choose from. I am looking for someone who is not a politician in robes who understands the role of the judiciary, which is to tell us what the law is, not what they think the law ought to be,” Kennedy said.

“I don’t want someone on the Supreme Court who is going to rewrite the Constitution every other Thursday to advance some political or social agenda. That’s what I am looking for, and I think the president’s list and the names I just suggested respectfully -- I think they all qualify.”