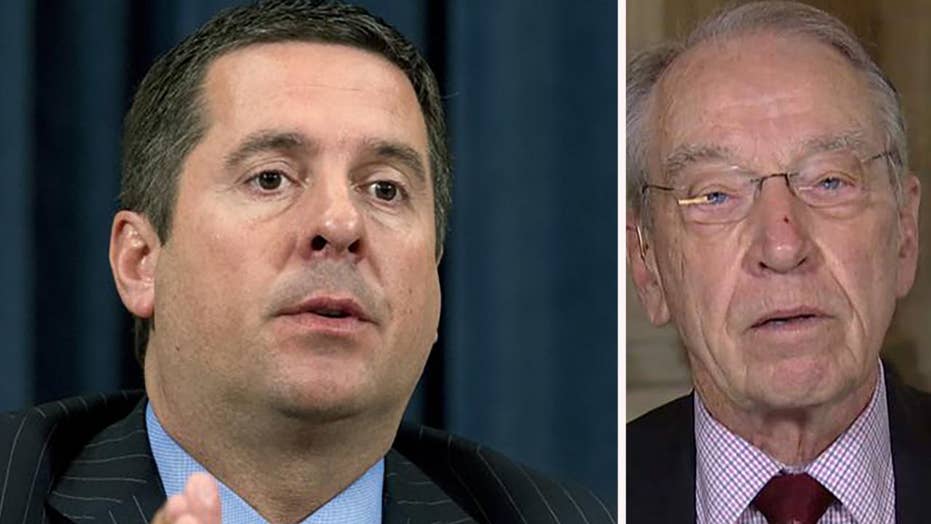 Sen. Grassley on Nunes sending criminal referrals to DOJ and Democrats' push to get Trump's taxes

The powerful Iowa Republican said during a segment of "Fox & Friends" on Monday morning that he made similar referrals during Brett Kavanaugh's Supreme Court confirmation hearing, and that Nunes, a California Republician, is being "patriotic" by pursuing justice and accountability by government figures. 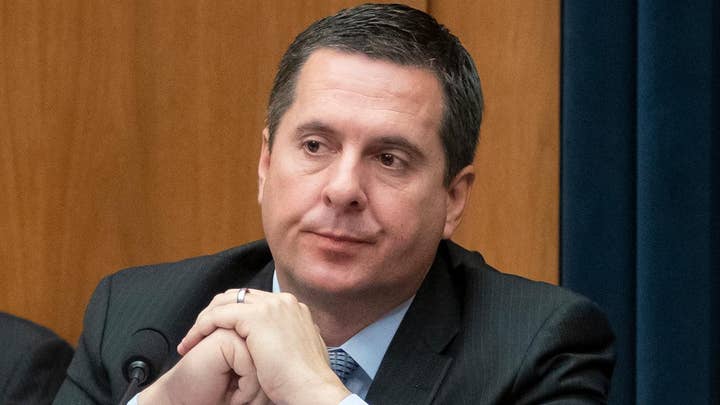 NUNES SAYS $250M LAWSUIT AGAINST TWITTER IS 'THE FIRST OF MANY,' ACCUSES COMPANY OF 'GASLIGHTING'

Nunes, the senior Republican on the House Intelligence Committee, told Fox News on Sunday that five of the criminal referrals he is making to Attorney General William Barr are related to lying and misleading Congress, and the leaking of classified information. The remaining three are related to alleged lies told to a court which approves foreign surveillance warrants.

This isn't the first criminal activity Nunes has alleged by others in recent months - he filed a $250 million lawsuit against Twitter and a number of accounts on the platform, including one parodying him titled @DevinCow, arguing that the social media site is biased against conservatives.

"I congratulate him on being a patriotic person and following through, even though now he's in the minority to make sure that justice is done," Grassley said.