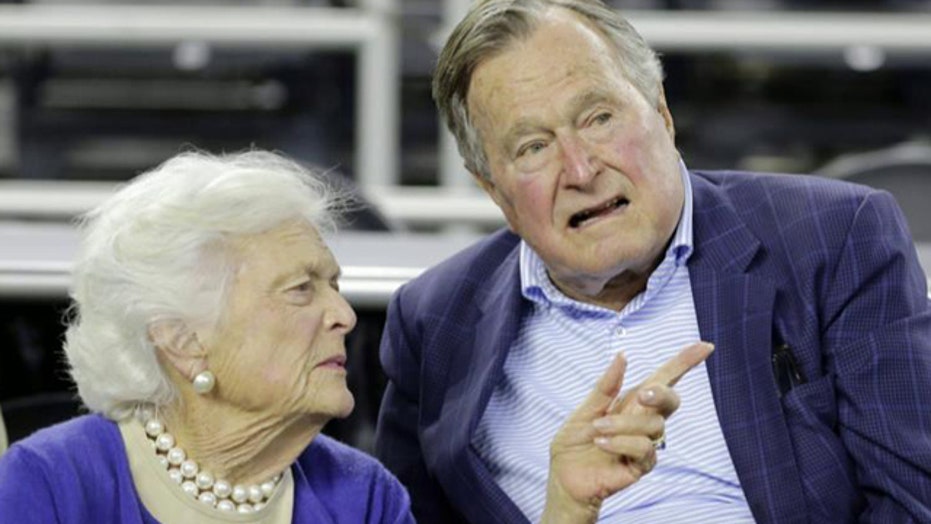 The Secret Service took more than a year to replace an alarm system at the Texas home of former President George H.W. Bush, according to a watchdog report released Thursday.

The Department of Homeland Security's inspector general report said the 20-year-old alarm system stopped working in September 2013, but was not replaced until late in 2014.

To compensate during the intervening period, an extra Secret Service agent was added to patrols around the 41st president's property, according to The Washington Post, which first reported the story.

“We did not identify any security breaches that occurred at the Houston residence while the alarm system was not fully functioning,” according to the report, which went on to say that posting an additional agent “provided an acceptable level of security.”

A DHS official told the paper that the Secret Service had made inspecting and, where necessary, upgrading the security systems at protectee residences a "top priority" after the arrival of agency director Joseph Clancy in October.

The OIG’s office recommended the Secret Service evaluate the status of security equipment at all of the protectees’ personal residences and take any necessary action to “repair, improve or replace” the equipment. It also recommended the agency “evaluate the process for tracking maintenance requests at protectees’ personal residences to ensure its effectiveness.”

The Secret Service told Fox News on Thursday that it agrees with both of the OIG’s recommendation and has already taken steps to fully address them.

The OIG report exposes another embarrassing mishap for the beleaguered agency, which has come under heavy criticism for a series of security lapses and allegations of inappropriate conduct. Most notably, a man was able to hop the north perimeter fence at the White House and make it into the executive mansion this past September.

The DHS report also cites some agency officials who say that the alarm system at Bush's summer house in Kennebunkport, Maine, is in need of repairs and showing signs of imminent failure.

The report does not mark the first time the Secret Service has had issues with security at a residence apart from the White House. In January, the Post reported that the security system at Vice President Joe Biden's Delaware home had a long history of false alarms and other problems that led the Secret Service to turn the system off for months at a time.