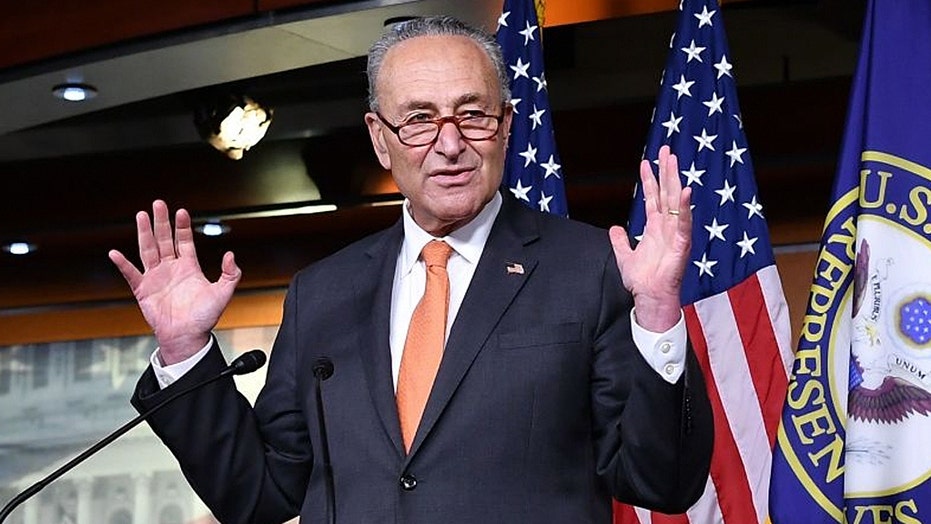 The minority leader’s harsh words come as Sen. Majority Leader Mitch McConnell, R-Ky., has promised to bring President Trump’s nominee to the floor for a vote before Inauguration Day.

Schumer stood by his iteration that “everything is on the table” if Republicans move to fill the seat left by the death of Justice Ruth Bader Ginsburg last Friday.

“My colleagues know America needs some change,” he added. “We can’t have business as usual when Republicans are destroying the institution as they have done.”

Schumer, introducing a resolution on the Senate floor Tuesday afternoon to delay the SCOTUS confirmation, made an ethical appeal to the Republican majority, asking colleagues “to acknowledge [Ginsburg’s] entire life and legacy,” and noting her wish that she not be replaced until after a new president is installed.

He said Trump’s nominee is “sure to be the most controversial and partisan Supreme Court nomination.”

Sen. Ted Cruz, R-Texas, said Ginsburg would have understood “members of judiciary do not appoint their own successors.”

McConnell on Monday warned that Democrats will try "every conceivable dirty trick" to prevent a Trump nominee from being confirmed to the Supreme Court before this year's presidential election, after Schumer said Republicans had “no right” to fill the vacancy immediately.

"Already some of the same individuals who tried every conceivable dirty trick to obstruct Justice Gorsuch and Justice Kavanaugh are lining up ... to proclaim the third time will be the charm," McConnell said in what amounted to the official opening salvo in the war over the vacant seat.

He added: "Two years ago a radical movement tried to use unproven accusations to ruin a man's life because they could not win a vote fair and square. Now they appear to be readying an even more appalling sequel."

Republicans in 2016 held open the seat of the late Justice Antonin Scalia for months before the presidential election, saying that the voters should have a say in who nominates the next justice. Democrats said that the Senate had a duty to at least hold hearings for the nominee, D.C. Circuit Court of Appeals Judge Merrick Garland.

Now, the roles are reversed, with Democrats saying the vacant seat should be held open until at least after the presidential election while Republicans are bulldozing ahead. There are accusations of hypocrisy flying on both sides, with Democrats, in particular, saying Republicans should live by the precedent they set.

McConnell, however, says that things are different in 2020 compared to 2016, and Republicans would be consistent to push ahead with the nomination.

Senate Judiciary Committee Chairman Lindsey Graham, R-S.C., had a more blunt calculus, saying that things changed after Democrats' behavior during the nomination of Justice Brett Kavanaugh. He shared an NBC News article that quoted him as saying, "After Kavanaugh, the rules have changed as far as I'm concerned."