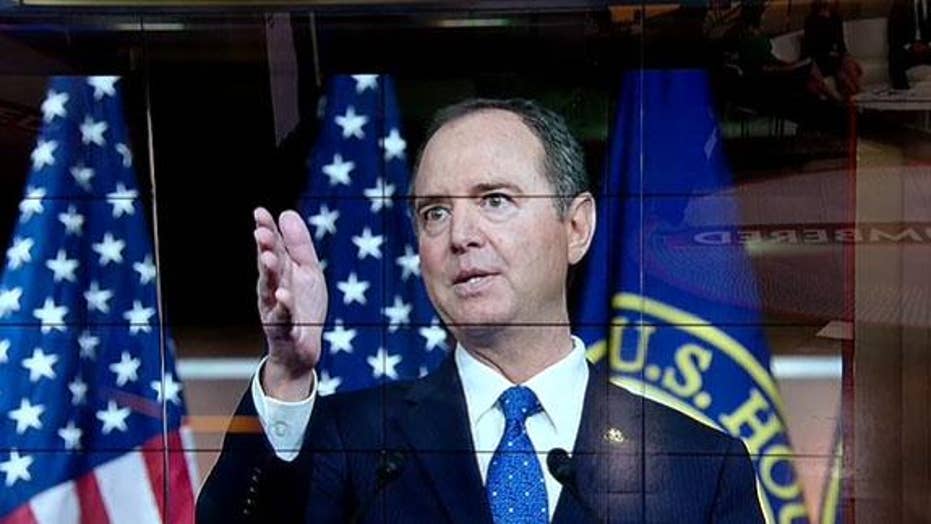 In reflecting on the impeachment hearings, House Intelligence Chairman Adam Schiff, D-Calif., reportedly pointed to a particular exchange that confirmed for him that President Trump "doesn't give a s--t" about what's good for the United States.

Those comments came during an interview with the New Yorker magazine on Thursday, the same day House Speaker Nancy Pelosi, D-Calif., urged Democrats to proceed with articles of impeachment, following multiple public hearings on Trump's conduct with Ukraine.

According to Schiff, David Holmes, a U.S. diplomat in Ukraine, shed light on Trump's selfishness when he revealed that the president told Ambassador Gordon Sondland that the president only cared about a potential investigation into former Vice President Joe Biden — not other Ukraine-related issues, like a potential war with Russia.

Schiff's comments were just the latest salvo in an ongoing feud between him and the president, as both accused the other of egregious abuses of power. Trump has even requested that Schiff himself testify in the ongoing impeachment inquiry hearings.

"There are members of Congress who may be fact witnesses. I’m not one of them,” Schiff said during Thursday's interview.

He also seemed to dismiss attacks from the president, claiming that “the president’s strategy with everything is basically the same: don’t defend his misconduct, attack whoever stands up to him."

It's unclear whether Pelosi will have enough votes to make Trump the third president impeached in U.S. history. But if she did, Schiff indicated that obstruction of justice would easily make it into the articles of impeachment.

“You could not have a more open-and-shut case of obstruction of Congress,” he said, referring to the administration's refusal to cooperate with the impeachment inquiry.