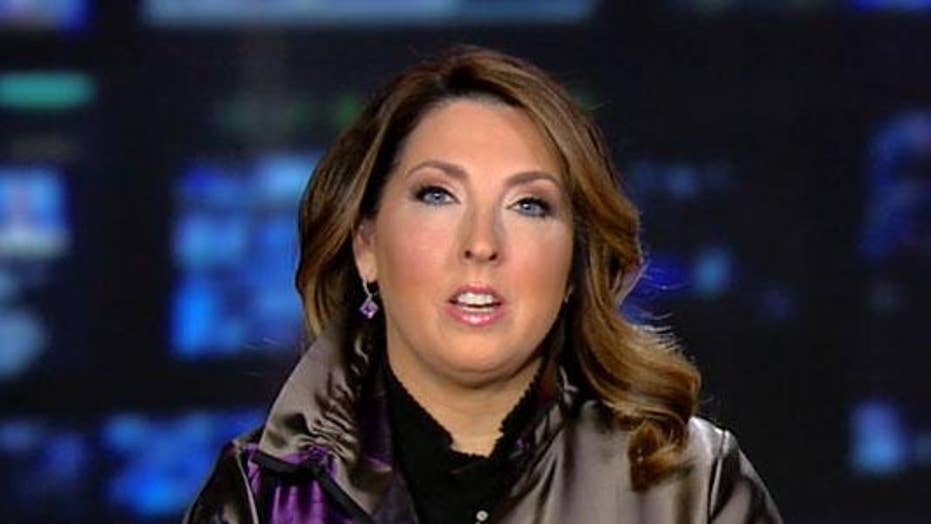 RNC Chairwoman Ronna McDaniel reacted on Friday to the world leaders who appeared to be laughing at President Trump behind his back at the NATO summit in London.

In a video shared by the Canadian Broadcasting Company (CBC), Canadian Prime Minister Justin Trudeau, British Prime Minister Boris Johnson and French President Emmanuel Macron are seen with others, including Princess Anne, having a conversation at a reception at Buckingham Palace about a press conference earlier in the day.

Trump had made an impromptu conference and weighed in on the ongoing impeachment inquiry as well as the fiery exchange he had with Macron over France not taking back any ISIS fighters.

"Is that why you were late?" Johnson smirked to Macron.

"He was late because he takes a 40-minute press conference off the top — 'Oh, ya, ya ya,'" Trudeau said, later adding, "You just watched his team's jaws drop to the floor" in an apparent reference to Trump.

TRUMP TALKS UP ‘SPECIAL RELATIONSHIP’ WITH MACRON, HOURS AFTER THREAT TO SLAP TARIFFS ON FRENCH WINE

Asked later about the video during a bilateral meeting with German Chancellor Angela Merkel, Trump said of Trudeau, “He’s two-faced.” Trump then abruptly canceled a planned news conference with reporters in London.

McDaniel said Trump will remain focused on doing what's best for the United States - no matter what other world leaders think of him.

“The Obama-Biden administration was all about the world and what the world thought and President Trump is about the American people," she said.  "And that’s why wages are up and jobs are coming back and that’s what he’s always been focused on."