House Intelligence Committee Chair Adam Schiff, D-Calif., sought Wednesday to keep the fire burning over Special Counsel Robert Mueller's report with the latest in a series of hearings on the Russia controversy -- as Republicans voiced frustration over what they described as a “grotesque spectacle” on Capitol Hill.

Schiff called the hearing to examine what he called the “disturbing findings” of Volume One of Mueller’s report. That volume focused on allegations that the Trump campaign colluded with Russian officials during the 2016 campaign.

“Volume one of the report outlines a sweeping and systemic effort by Russia to interfere in the 2016 election for the benefit of Donald Trump,” Schiff declared. “It establishes that the Trump campaign welcomed the Russian interference because it expected to benefit electorally from the information stolen and released through the Russian effort.”

While he said that most Americans would consider the actions of the campaign and Russian officials to “constitute plain evidence of collusion,” he noted that the report did not find evidence sufficient to support criminal conspiracy charges.

“Nevertheless and contrary to the president’s often-repeated mantra and many misrepresentations of the attorney general, the special counsel reached no conclusion as to whether the Trump campaign’s many Russian contacts constituted collusion since that term is not defined in criminal law.”

The hearing featured two former FBI officials while Republicans invited former federal prosecutor and Fox News contributor Andrew McCarthy to testify. McCarthy told the panel that Russia wasn’t backing Trump per se in the 2016 campaign, and was rather supporting the candidate seen at the time as most likely to lose.

“[Russian President Vladimir] Putin tends to back the candidates he believes will lose on the theory that an alienated losing faction will make it harder for the winning faction to govern,” he said.

“It is a mistake, I respectfully submit, to allow him to divide us by portraying him as on one side or another. He’s against all of us.”

But the sharpest remarks came from Ranking Republican Devin Nunes, R-Calif., who said that Democrats’ claims of collusion had been “exposed as a hoax.” 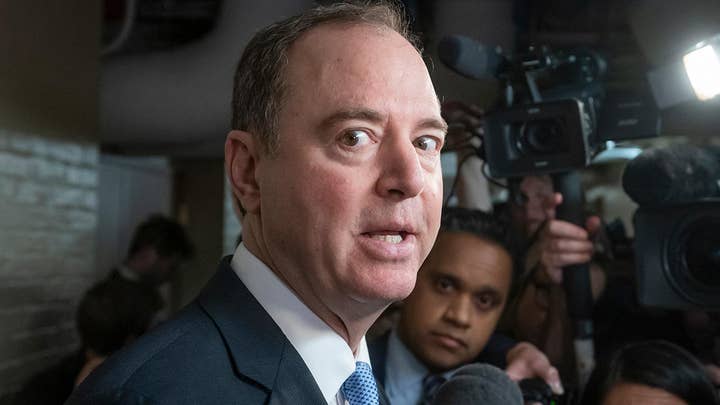 “One would think the Democrats would simply apologize and get back to lawmaking and oversight but it's clear they couldn't stop this grotesque spectacle even if they wanted to,” he said.

“After years of false accusations and McCarthyite smears, the collusion hoax now defines the Democratic Party," he said. "The hoax is what they have in place of a governing philosophy or a constructive vision for our country.”

The spat was the latest example of fraying tensions between lawmakers from opposing parties over the Russia probe. Democrats are keen to continue investigating the actions of the Trump campaign and alleged obstruction of justice, and a number have opened the door to possible impeachment. Democrats on Tuesday passed a civil enforcement resolution that members say effectively holds Attorney General William Barr and former White House counsel Don McGahn in contempt of Congress, pertaining to another dispute related to the Russia investigation. The DOJ pushed back and said it was not a civil contempt vote.

DONALD TRUMP JR. SAYS 'NOTHING TO CORRECT' AS HE RETURNS FOR SENATE COMMITTEE TESTIMONY

Meanwhile, Republicans in Congress have supported the Trump administration’s push to investigate the origins of the Russia probe.

DOJ Inspector General Michael Horowitz is expected soon to issue his report on possible surveillance abuses during the 2016 campaign -- including how the Democrat-funded anti-Trump Steele dossier was used to secure surveillance warrants on former Trump campaign adviser Carter Page. Barr has launched a separate investigation into the origins of the probe.

On the Senate side, Donald Trump Jr. also visited Capitol Hill Wednesday for a second closed-door interview with that chamber’s intelligence committee. He appeared in response to a subpoena from the panel’s Republican Chairman Richard Burr, R-N.C.

Trump Jr. told reporters he had “nothing to correct” regarding his prior testimony as he arrived. He was expected to be asked about plans to build a Trump Tower in Moscow, as well as a meeting in New York's Trump Tower with a Russian lawyer that initially had promised dirt on Hillary Clinton.

"In many ways, the Mueller report is to President Trump what the so-called Watergate road map…was to President Richard Nixon,” Dean said, adding Mueller “has provided this committee a road map.”

But as a number of Democrats have eyed possible impeachment of the president, House Speaker Nancy Pelosi, D-Calif., said this week that such a move is “not even close” to having enough support in the House.

Fox News' Gregg Re, Alex Pappas and The Associated Press contributed to this report.