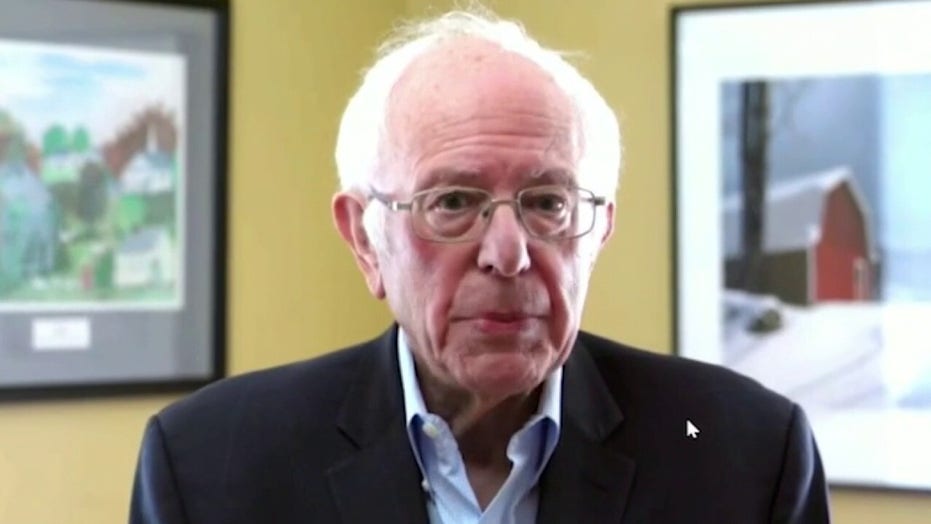 New York's delegates are critical to the plan Bernie Sanders laid out when he suspended his presidential campaign; Peter Doocy reports.

"If states violate the DNC party rules regarding delegate selection, they can lose their ability to send delegates to the convention. And this is exactly what must be done,” Sanders’ political team wrote in an email to supporters on Wednesday.

“If this outrage is not remedied, the Democratic National Committee must strip New York of all its delegates at the 2020 Democratic National Convention. New York, and every other state in this country, must understand they cannot violate the rules of the DNC with impunity,” the team emphasized.

But Sanders pledged to keep his name on the ballot in all upcoming primaries and caucuses to accumulate as many delegates as possible at this summer’s convention. The more delegates Sanders wins, the more influence he and his legions of younger and progressive supporters will have on the party’s platform and rules, which will be voted on during the convention.

The New York State Board of Elections effectively cancelled the presidential primary when the two Democratic commissioners on the panel voted to strip off the ballot every candidate that wasn’t actively campaigning for president. That left Biden as the only contender on the ballot. The move, if it stands, would effectively give all 274 delegates at stake in the state’s Democratic presidential primary to Biden, since he would be the only candidate remaining on the ballot. The action came a day after Sanders had urged them to let his name remain on the ballot.

New York Democratic Party chair Jay Jacobs said canceling the state’s presidential primary would mean a lower expected turnout and a reduced need for polling places amid the coronavirus pandemic. Americans have been urged to practice social distancing, and most people are staying in their homes to prevent the spread of the virus.

“It just makes so much sense given the extraordinary nature of the challenge,” Jacobs said last week. No other contest is on the ballot in about 20 of the state’s 62 counties on June 23, meaning voters in those counties will have no need to go to the polls on that day.

Sanders’ team in their Wednesday email called the move “disgraceful and undemocratic” as well as “an assault on democracy.”

They charged that “the New York State Democratic Party is trying to take away progressive voices in this election” and asked supporters to sign a petition.

Asked for reaction to the email by Sanders’ political team, the DNC pointed to their response on Monday following New York’s move to cancel the presidential primary.

"Any substantive change to a state's first determining step in allocating delegates like this one will need to be reviewed by the DNC's Rules and By-Laws Committee. Once the state party submits an updated selection plan on how they plan on allocating delegates, the committee will look at that plan and make a determination,” DNC spokesman David Bergstein said.

New York’s primary was originally scheduled to be held on Tuesday, but the state – like every nearly every other state with primaries or caucuses in late March, April, and May – either postponed the date of their contest or moved to hold them nearly entirely by mailed in absentee ballots.