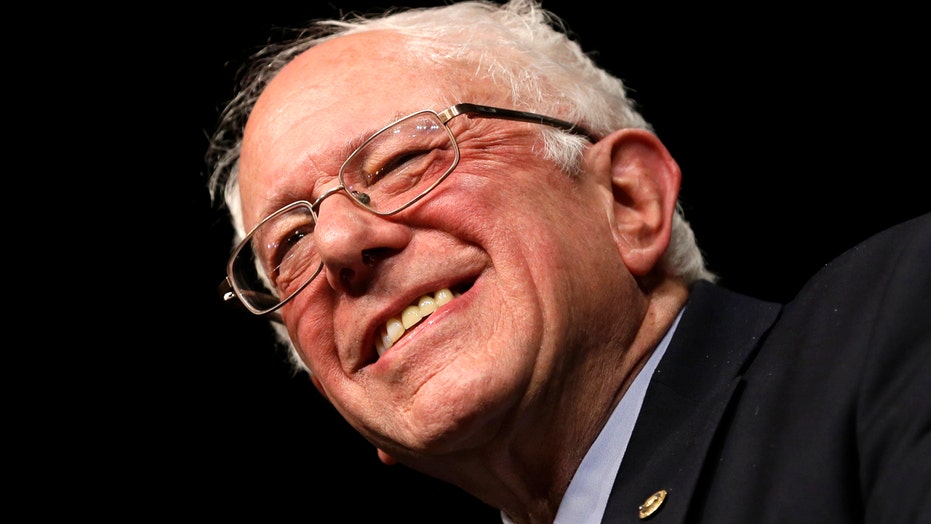 Sanders upsets Clinton in Mich., but tough races on the way

Bernie Sanders is showing no signs of slowing down after pulling off an upset victory in Michigan and sees an opportunity ahead to gain ground, as his campaign suggests one of Hillary Clinton’s biggest built-in advantages is about to become irrelevant.

To date, Clinton’s “firewall” of Southern states has delivered her a string of victories, most recently in Mississippi. Across the Deep South, black voters who make up a majority of the Democratic primary electorate there went overwhelmingly for Clinton.

But after Florida and North Carolina hold primaries next Tuesday, the Southern states are done voting. The map shifts to the Midwest and beyond – and in those states, the black voting bloc is not so large.

Sanders, who closed what virtually every pre-election poll showed was a double-digit deficit against Clinton in Michigan, made clear after his surprise victory that he’s looking to repeat that success in other Rust Belt states starting next week.

“We look forward to going to Illinois, Ohio, Missouri and the other states,” Sanders told reporters.

Sanders’ upset win in Michigan could fuel tensions Wednesday night at a debate being held at Miami Dade College.

The two already were meeting with their manners in question. The competitors cranked through their previous face-off just days earlier and emerged complaining of disrespectful conduct.

Now, Sanders sees an opening and Clinton is more determined than ever to clear him out of the way.

Sanders campaign officials made the case Tuesday night that the Vermont senator’s attacks on Clinton’s support for free trade deals had an impact in the Michigan race, and likely will be effective in Ohio, Illinois and Missouri. And they maintained that Clinton’s advantage in the South goes away after next Tuesday, as rural voters in other states, including the West, taking a closer look at their candidate.

Among the upcoming contests are Utah, Idaho, Arizona and Washington state.

To date, Clinton has been helped immensely by her dominating performance in Southern states, where minority voters overwhelmingly broke for her.

And thanks to their support – and just as important, the support of unpledged “superdelegates” -- Clinton still enjoys a huge overall delegate lead. Clinton communications director Jennifer Palmieri stressed Tuesday that their campaign’s strategy focuses on winning delegates, and noted they’d pick up more delegates than Sanders from Tuesday’s contests regardless of the Michigan results.

As of Wednesday afternoon, Clinton had 1,221 delegates to Sanders’ 571. The former secretary of state’s advantage remains daunting for her insurgent rival.

Even as Sanders looks to the Midwest and West for support, both campaigns will compete next week for Florida, where polls show Clinton well ahead.

But before those delegates are at play, Clinton and Sanders will meet for their eighth debate in the Sunshine State where 99 Democratic delegates are at stake, as well as bragging rights in the most hotly contested battleground in U.S. politics.

Floridians have picked President Obama in the past two elections, and former President George W. Bush twice before that. The Sunshine State is also home to the infamous hanging chad election drama of 2000, when the U.S. Supreme Court decided the race in Bush’s favor.

Wednesday’s one-on-one will be hosted by Univision News and The Washington Post, and aired on CNN.

Coming less than 24 hours after Sanders’ Michigan win, the debate gives both candidates a chance to make their case to a key voting demographic – the Latino community – and tackle controversial issues like immigration reform and border security.

Sanders, who has tried to make inroads with black voters, sought to mop up after the debate by saying he only meant that many white people aren't aware of the pressures and police oppression facing black Americans.

He also bristled: "I don't want to be lectured about talking poverty whether it's white, black, Latino. Nobody in this campaign has talked about it more."

The candidates are also likely to take on police, race and gun violence.

The death of 17-year-old Trayvon Martin, who was killed in 2012 in Sanford, Fla., during an altercation with neighborhood watch volunteer George Zimmerman, remains a wound that won't heal among blacks. Zimmerman was acquitted of second-degree murder.

Martin's mother, Sybrina Fulton, has campaigned with Clinton to reduce gun violence. And Clinton has gone after Sanders for voting against longer waiting periods for gun purchases.

Another prickly topic up for debate is health care.

More than 1.7 million Floridians have enrolled in Obama's health care law this year, with South Florida having one of the highest enrollment levels in the nation.

Clinton supports the law and wants to fix it. Sanders wants to push for universal health care in a government-financed system.