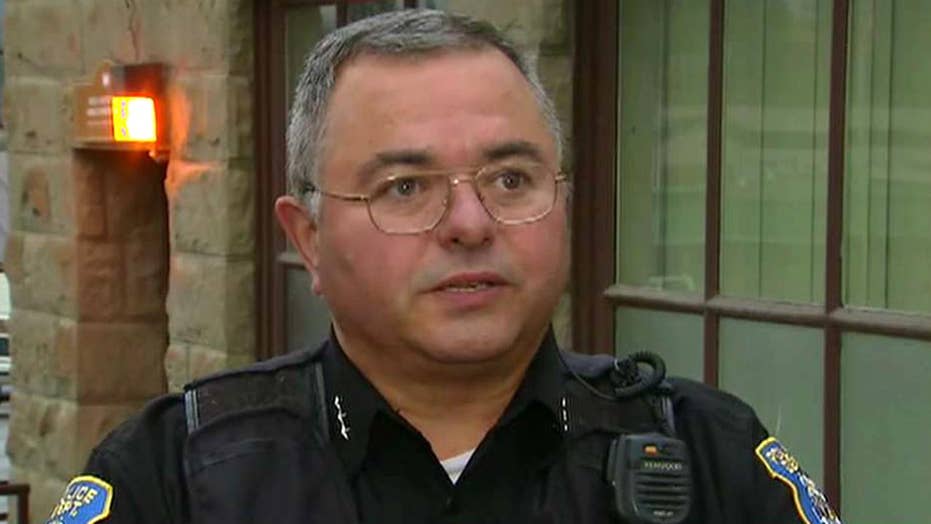 Washington town could shield itself from gun regulation

REPUBLIC, Wash. – In this small town, near the Canadian border, Police Chief Loren Culp has become a celebrity after announcing he would not enforce a new sweeping gun control law passed by state voters in November.

“I felt it was such a blatant disregard for constitutional rights that I felt like I had no choice but to stand up for the people that I served, and that’s the citizens of Republic,” Culp said.

Initiative 1639 touches on many areas of gun control. It bars 18 to 20 year olds from buying semi-automatic rifles and makes it a potential felony if your gun ends up in the wrong hands. The law also creates enhanced universal background checks, mandates firearms training before buying a semi-automatic weapon and defines an assault rifle as “any rifle which utilizes a portion of the energy of the firing cartridge to extract the fired cartridge case and chamber the next round, and which requires a separate pull of the trigger to fire each cartridge.”

Voters across Washington state approved the measure 59-41. But in Ferry County, which includes Republic, nearly three out of four voters opposed it. Republic Mayor Elbert Koontz is among them.

Trevor Noah: ‘The Second Amendment was not made for black folks’

'Daily Show' host Trevor Noah explains why he thinks the Second Amendment was not created for black folks.

“Everybody in Republic has a gun,” said Koontz. “We don’t have a giant crime rate because nobody in their right mind would come to a house where people have guns and know how to use them.”

Chief Culp went even further than saying he would not enforce Initiative 1639, he also drafted an ordinance that would make Republic a gun rights sanctuary city. It would bar city employees from enforcing any gun law that infringes on the Second Amendment right to bear arms. When Culp announced his proposal to a recent city council meeting, most of the 250 residents attending gave him a standing ovation. It was a massive turnout, considering the city’s population is about 1,000 people.

But in Seattle, the reaction was very different.

“We are a society built on the rule of law,” said Renee Hopkins, CEO of Alliance for Gun Responsibility, which led the campaign for I-1639. “If we have leaders that are responsible for ensuring the laws are enforced, picking and choosing which laws they get to enforce, we have a huge problem.”

The 2nd Amendment Foundation, based in Bellevue, Wash. with 600,000 members nationwide, has joined the National Rifle Association in suing the state of Washington, seeking to overturn the new gun control measure. Its leader sees poetic justice in the political right getting into the sanctuary business, which up until now has been reserved for illegal immigrants.

Blackburn on protecting the Second Amendment and citizens

Tennessee senator-elect speaks out on what lawmakers can do in Washington after the mass shooting at a California bar.

“I guess it’s a little unprecedented,” said Alan Gottlieb, President of the 2nd Amendment Foundation. “We’re moving into some unchartered territory in terms of defense of rights. In politics, there’s always pushback. When you try to take people’s rights away from them, they rebel. And that’s what you see in Republic, Wash.”

The gun rights sanctuary city ordinance will be discussed at the next city council meeting. Councilmember Rachel Siracuse isn’t sure which way she’ll vote. She is concerned that passing the ordinance might cost Republic much-needed state funding, or lead to a costly lawsuit.

DANA LOESCH: PELOSI, DEMS 'HAVE A HARD FIGHT AHEAD' ON GUN CONTROL

“I want to support our Second Amendment rights with all that I am, but yet I also want to protect our little city,” said Siracuse.

The city council could vote on the measure before the new state gun law goes into effect January 1, 2019. The state’s attorney general, Democrat Bob Ferguson, is a gun control supporter. His office said he would review the ordinance if it passes.