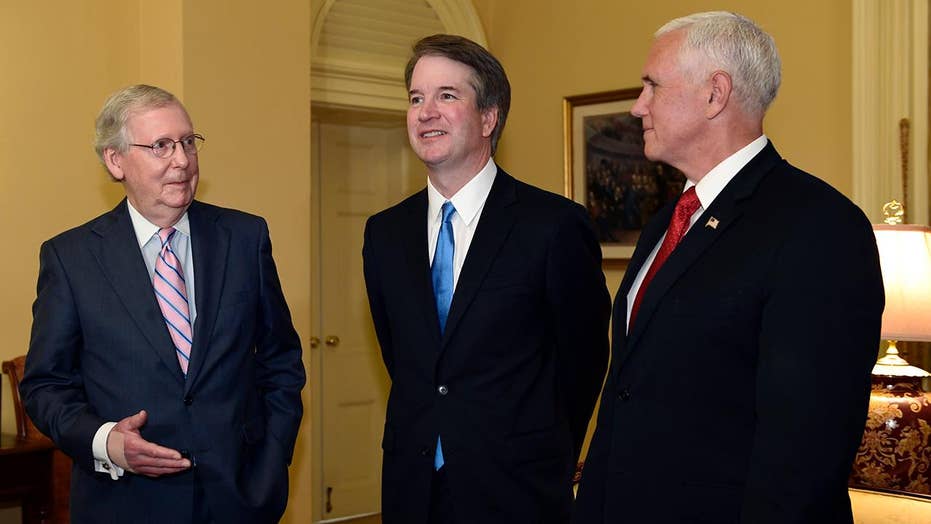 If we were to pick one symbol of freedom in today’s politically charged America, it must be the gun. The constitutional right to own and carry a firearm sets America apart from the world and puts us ahead of every other nation in terms of individual freedom.

It is therefore fitting that both sides of the gun issue are voicing some of the clearest comments on President Trump’s nomination Monday of Judge Brett Kavanaugh – currently serving on the U.S. Circuit Court of Appeals for the District of Columbia – to become an associate justice of the U.S. Supreme Court.

Former New York City Mayor Michael Bloomberg’s anti-gun rights group, Everytown for Gun Safety, essentially declared this judge would end our civil society, saying it a statement: “Judge Kavanaugh has applied an extreme and dangerous interpretation of the Second Amendment when determining whether a law is constitutional, one that does not take into account a law’s impact on public safety.”

Meanwhile, on the pro-freedom side, Lawrence Keane, senior vice president and general counsel of the National Shooting Sports Foundation (NSSF), the trade association for the firearms, said: “We are confident that Judge Kavanaugh will serve our nation with distinction as an associate justice of our nation’s highest court and that he will make decisions that will serve to protect the Second Amendment and other Constitutionally guaranteed rights of law-abiding Americans.”

What other constitutionally protected right is given such a test? Can the government also decide which law-abiding citizens really need their right to free speech or religion? How about who gets due process under the law?

In this follow-up case, a D.C. U.S. Circuit Court of Appeals panel ruled that Washington, D.C. could ban the possession of most semiautomatic rifles.

Such clear and succinct reasoning is precisely what those who would like to reverse the Heller decision and thereby take away our individual right to bear arms fear most.

Clear reasoning is, after all, infectious. It carries beyond media filters. When people come across honest and crisp reasoning they stop and think: Oh, I get it now. This is about freedom.

Still, Kavanaugh won’t change the make up on the Supreme Court on the Second Amendment.  Retiring Justice Anthony Kennedy voted for an honest reading of the U.S. Constitution, and thereby for freedom in the Heller and 2010 McDonald decisions (both 5-4 votes on the high court).

I’ll never forget the time I sat in the press section in the balcony of the Supreme Court during the Heller hearing. When Justice Kennedy tipped his hand that he reads the Second Amendment to mean what it says, a liberal journalist next me sighed as if in pain: “Oh, no.”

Yes, oh no, here’s another justice who respects the U.S. Bill of Rights and American freedom.

This is ever more important today, as the Supreme Court has declined to take another gun-rights case since declaring that the Second Amendment also restricts state and local governments in its McDonald decision.

The high court even passed on Peruta v. California, a case challenging local restrictions in California that require a person to prove to the local government’s satisfaction that they really need their right to bear arms before the local authorities will allow them to carry a handgun.

What other constitutionally protected right is given such a test? Can the government also decide which law-abiding citizens really need their right to free speech or religion? How about who gets due process under the law?

Clearly, even if the Heller decision is left alone (anyone who reads the dissents in Heller and McDonald will plainly see the liberal bloc of justices would like to reverse this ruling) there are big questions the Supreme Court will at some point have to answer about our Second Amendment freedoms.

This makes it very important to have justices who will clearly and honestly interpret the Constitution, like Kavanaugh, on the Supreme Court in this hyper-partisan age.