Joseph “Tony” Carlos has no interest in a career in politics.

The California Deputy District Attorney and Republican congressional candidate’s website makes that clear, as does Carlos himself. “I’m not a politician. I’m not going to tell someone to vote for me,” he said during a recent interview with Fox News Latino.

What Carlos is interested in is changing the attitude of the Republican Party and many conservative voters when it comes to the issue of immigration. In a state where 38 percent of voters are considered Latino, the pro-DREAM ACT GOP candidate sees it as not only immoral, but also as stupid to alienate a large number of voters with hard-line rhetoric on immigration.

“When the stats are like they are in California, you can’t go and push the hard-line rhetoric that comes at the national level,” Carlos said. “For many Mexicans, it is so obvious we don’t vote Republican because of the immigration issue.”

Carlos is a third generation Mexican-American. His great-grandfather crossed over the border in Arizona to work in the mines, while his great-grandmother arrived on board a cargo ship in San Francisco.

His grandparents - Eddie Carlos and Carmen Torres - met in Sanger, Calif in the 1930s shortly before his grandfather shipped off to fight in the Pacific during World War II. Upon returning from the war, the young family moved to the Yuba-Sutter area, north of Sacramento, where Carlos’ grandfather became of field foreman.

Thanks to his talent as a cook his grandfather eventually opened a Mexican restaurant, where a young Carlos worked at when growing up.

Carlos went from washing dishes at the restaurant in high school to dealing poker up and down California during his college years before eventually heading to law school and landing his job as a Sutter County Deputy District Attorney.

While the self-proclaimed “political junkie” said that he has always been interested in politics, he never considered running for office until the 2010 midterm elections when the Republican Party’s strict stance on immigration hindered their chances of winning many races in California. “Republicans hit the wall because of the immigration issue,” Carlos said. “I was hoping that Republicans could change but it didn’t happen.”

When the stats are like they are in California, you can’t go and push the hardline rhetoric that comes at the national level.

According to 2010 U.S. Census statistics, persons of Latino origin make up almost 39 percent of the state’s population with about 16.5 percent of businesses owned by Latinos. The group also accounted for 22 percent of ballots cast in November, according to Los Angeles Times exit polling.

California’s GOP gubernatorial candidate Meg Whitman did well among non-Latino white voters, but garnered  only somewhere between 15 percent and 22 percent of the Latino vote in losing to current Gov. Jerry Brown, according to exit polls. Whitman also got herself embroiled in a political quagmire when it was revealed that she fired a maid because the maid admitted to living in the country illegally.

"When you deal with immigration, you run into quicksand," said California Republican Party Vice Chairman Tom Del Beccaro told the Orange County register back in January. "We need to connect with the Latino community on jobs and education and security, and build up some good will. We can't always lead with the toughest issue."

Carlos added that it is foolish for Republicans to alienate such a huge and largely conservative voting bloc that Latinos, particularly Mexicans, have become in the state.

“There are many conservative Mexicans but they vote for the Democrats because of immigration,” Carlos said. “I think [the Republicans] are definitely shooting themselves in the foot.”

Carlos is a strong supporter of the DREAM Act, the proposed piece of legislation that provides a path to citizenship for undocumented immigrants who graduate from U.S. high schools, arrived in the U.S. as minors, and have lived in the country continuously for at least five years prior to the bill's enactment.  Democratic Gov. Brown in October granted undocumented immigrants access to state financial aid at public universities and community colleges.

While California Democrats and immigrant rights groups praised the measure, Republican lawmakers and conservative groups criticized Brown for saving the bill, AB 131. "It's morally wrong," said Republican Assemblyman Tim Donnelly, according to The Los Angeles Times. "We have just created a new entitlement that is going to cause tens of thousands of people to come here illegally from all over the world."

This type of language drives away not only Latinos, but also many other voters who are not Hispanic, Carlos said. “Hard-line immigration rhetoric turns off not just Latinos, but other people,” Carlos said. “I don’t know who they’re appealing to, but if it is their base than it is self-serving.”

Besides immigration, Carlos said that he sides with the Republican Party on most other matters and added that while he supports a path to citizenship and argues for a more humane way to deal with immigrants, he is not a supporter of the so-called blanket amnesty and believes that violent criminals should be deported.

“There is going to have to be some comprehensive federal immigration reform…it’s been ignored for decades,” Carlos said.

As he begins his campaign, Carlos is making it clear that his race is more about changing immigration policies and less about winning. “I want to change the immigration narrative out west,” he said. “Winning is not my goal. My goal is to change the narrative and offer an alternative to Latinos who are conservative.” 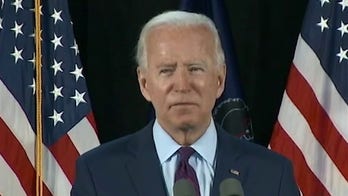