President Trump's lawyer Rudy Giuliani said Wednesday night that Democrats are afraid to call their continued investigating into Russia and the Mueller report an "impeachment hearing."

“This is a tremendous burden on the executive and the law has a way to deal with it,” Giuliani told Fox News' Laura Ingraham during an appearance on "The Ingraham Angle."

Giuliani was referring to Democrats’ subpoenas and requests for more information in the Russia investigation. He said that although Congress has subpoena power, it has to be used for a “proper legislative purpose.”

“In their subpoenas, their information requests, they don’t cite a single piece of legislation they’re pursuing,” Giuliani said. “They’re afraid to call this an impeachment hearing.” 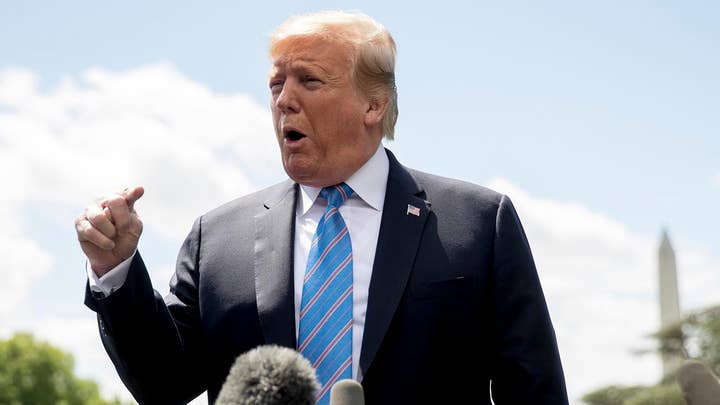 Giuliani said several recent federals court cases make it clear that “if you’re going to impose on the executive, it has to be tailored, it has to be narrow, it can’t be overly intrusive.”

He added that Democrats would be better off thoroughly reading the Mueller report rather than subpoenaing in hopes of obtaining more information.