Romney’s win comes as no surprise. The latest poll numbers had him leading Wilson with more than 56 percent of the vote after he had been leading for most of the campaign.

“I personally think it’s fitting that the people of Utah have turned out in record numbers this year in the election,” Romney said Tuesday night during his victory speech. “Four years ago 580,000 people from Utah went to the polls. Tonight, over a million people have voted.”

“The victory tonight is more than a victory of a candidate for the United States Senate," he continued.  "I believe it is a call for greater dignity and respect. I believe it is an affirmation that regardless of one’s gender or ethnicity or sexual orientation or race or place of birth that we are equal not only in the eyes of God but also in the respect and dignity we are due from government and from our fellow Americans.” 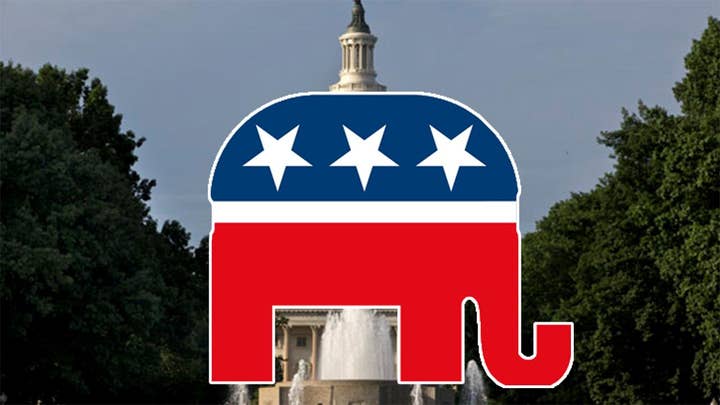 In the days leading up to the election, Romney seemed to be more interested in stumping for other Republicans facing tight races as he seemed comfortable with his standing in the polls.

Just last week, Romney -- who ran for president against Barack Obama in 2012 -- went door-to-door with Davis County Commission candidate Lorene Kamalu and Utah House candidate Melissa Ballard, urging voters to get out ahead of Election Day.

“I’ve been actually doing this over the past several weeks, and the idea is to get more Republicans to vote,” Romney told Fox News.

He also stumped for Republicans in other states in recent weeks, including Nevada, Florida and Arizona.

Wilson had criticized Romney’s out-of-state appearances as evidence that he was more focused on national politics, but Romney told Fox News that his former White House ambitions actually supported the notion that he was now solely focused on Utah.

“I think I’m the one guy that’ll be in the United States Senate – if I get there – that’s actually run for president and not planning on doing it again,” Romney said. “And as a result of that, I think I have the freedom to really focus on issues that people in our state care about.”

Wilson is a member of the Salt Lake County Council and has a political pedigree as the daughter of a former mayor there.

Romney’s win was somewhat predictable for the conservative state, which hasn’t sent a Democrat to the Senate since 1977.

Romney, 71, previously ran for a Senate seat in Massachusetts in 1994. He became familiar to Utahns when he served as president and CEO of the 2002 Winter Olympics, which was held in Salt Lake City.

Michigan-born Romney is the son of the late George Romney, who served as governor of Michigan from 1963 to 1969.

Fox News’ Peter Doocy and The Associated Press contributed to this story.