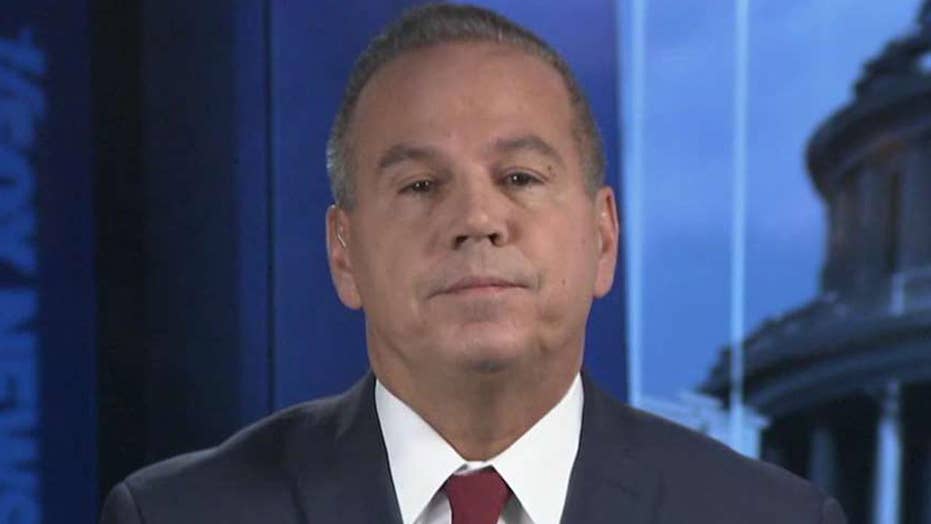 Rep. David Cicilline, D-R.I., a member of the House Judiciary Committee, revealed that when he and his colleagues draft articles of impeachment against President Trump, the scope may go beyond the president's request for Ukraine to investigate Joe Biden and his son Hunter, and may include allegations stemming from Robert Mueller's Russia investigation.

Democrats mostly had stopped talking about the Mueller probe, which concluded that there was a lack of evidence to support allegations that the Trump campaign colluded with Russia, but made no decision on alleged obstruction of justice.

During a recent impeachment hearing, however, Democrats laid the groundwork for bringing Mueller's finding into impeachment efforts. Cicilline all but confirmed that articles of impeachment could draw on Mueller's investigation.

ESPER : DELAY OF UKRAINE AID DID NOT HAVE 'ANY IMPACT ON U.S. NATIONAL SECURITY'

"I think all of the potential articles of impeachment are on the table," Cicilline told "Fox News Sunday" when specifically asked about the Mueller's findings. He noted that he thought the Mueller report, taken in conjunction with the House Intelligence Committee's report on Trump's dealings with Ukraine, "will demonstrate and does demonstrate a pattern of behavior" in seeking election assistance from foreign powers.

While recognizing that a possible Trump impeachment may go beyond the issues covered in the Intelligence Committee's report -- which was based on a fact-finding inquiry that included public hearings and closed-door interviews -- Cicilline would not comment on when his committee would hold a vote. He also appeared hesitant to state whether there would be enough votes in the House even to impeach Trump at all.

"I don't think we know the timing of it," he said. "We're going to receive the evidence carefully, we're going to evaluate that evidence as it applies to the law that is set forth in the Constitution and make a judgment about what articles of impeachment, but the timetable, I think, is less clear." 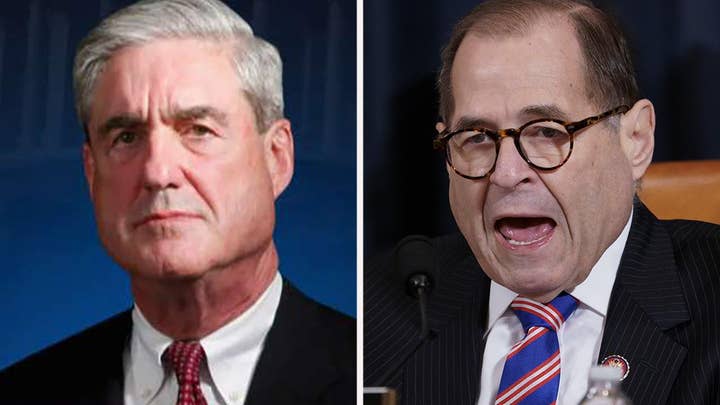 When asked if he believed there was enough support for impeachment among his own party, Cicilline initially appeared to dodge the question by saying that the evidence "is overwhelming and uncontested," before anchor Chris Wallace cut him off and pressed the issue.

Cicilline then said he expected the "vast majority" of Democrats to "accept that evidence" and "move forward with impeachment."

Wallace also asked the congressman about the latest developments involving Intelligence Committee Chairman Adam Schiff, D-Calif., releasing phone logs of calls that Ranking Member Devin Nunes, R-Calif., and his staff had with Rudy Giuliani and his associate Lev Parnas, who has since faced criminal charges for alleged campaign-finance violations. Records between Nunes' office and reporter John Solomon also were released.

Cicilline denied there was any problem with a congressional leader subpoenaing and releasing records of the private calls of a colleague on the other side of the aisle.

"Look, the Intelligence Committee has the solemn responsibility of collecting evidence relevant to the impeachment inquiry -- all the evidence," he said, adding that its process was "lawful" and the "real question" was why Nunes' office was engaged in these communications.

Nunes told Fox News' "Sunday Morning Futures" that he intended to take legal action against Schiff for this.

"You cannot release somebody's phone records, so for sure, that right has been violated," Nunes said, referring to California state law. "But, we also have to look at the constitutional aspects of this."