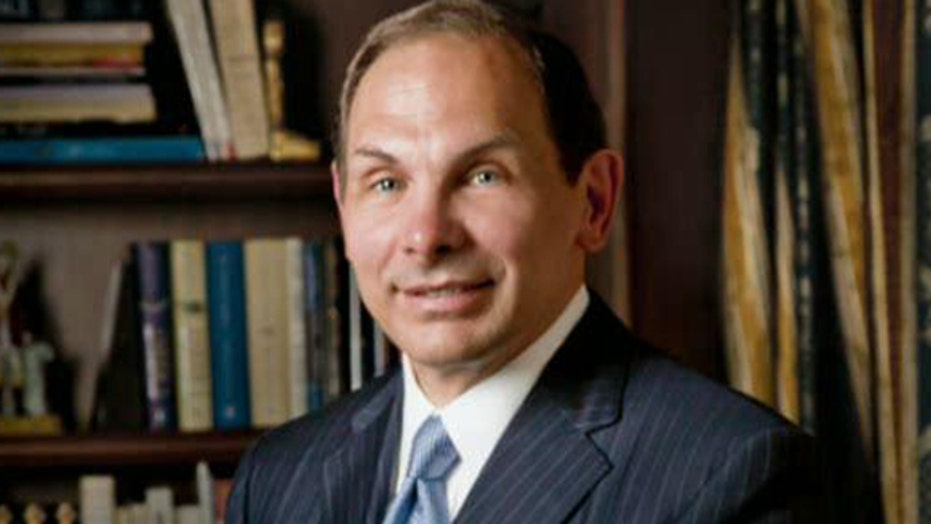 Can Robert McDonald save the VA?

WASHINGTON – A onetime Army Ranger and former CEO of a Fortune 500 consumer products company, Robert McDonald may face his toughest challenge yet in fixing the huge, scandal-plagued Veterans Affairs Department.

Veterans groups worry that the longtime corporate executive, nominated by President Obama to lead the VA, may have trouble adjusting to a far-flung bureaucracy of more than 300,000 employees, where hundreds of hospital directors and other career executives wield great power far from the agency's Washington headquarters.

"Procter & Gamble is going to feel like a Ferrari compared to the VA," said Paul Rieckhoff, CEO of Iraq and Afghanistan Veterans of America.

A year after he was forced out as P&G's CEO, McDonald, 61, was tapped by Obama this week to overhaul an agency reeling from revelations of widespread treatment delays and falsified records to cover up months-long waits for appointments.

The White House released a scathing report last week, saying the VA was battling a "corrosive culture" of distrust, lacks resources and was ill-prepared to deal with an influx of new and older veterans with a range of medical and mental health needs. The agency serves nearly 9 million veterans with an annual budget of $154 billion, one of the largest in the federal government.

"The VA is a large and troubled organization," said Robert Bies, a management professor at Georgetown University's McDonough School of Business. "What's really missing is management of the culture. You have to have someone who can manage complex organizations, and (McDonald) has a track record of doing that."

Some veterans groups question McDonald's selection, saying they were not consulted about the choice and were not familiar with McDonald, a West Point graduate who has been out of the military for more than 30 years. More importantly, the groups say, McDonald has no direct health care experience — a crucial deficiency as he takes over an agency that treats veterans suffering from a multitude of war-related physical and mental injuries and illnesses.

McDonald starts with another disadvantage in that Obama's term ends in January 2017. He "is going to have to be a very quick study if he is going to make an impact in just 2½ years," Rieckhoff said.

Just how McDonald got the job remains somewhat of a mystery. Aides say the president was looking for someone who had led a large organization and was familiar with military culture, although it is not clear how McDonald, who supported Republican Mitt Romney in the 2012 presidential election, first came to Obama's attention.

"McDonald's name just kept coming up, at the intersection of having managed a large corporation well and being a vet," said a senior administration official who asked not to be identified to discuss internal White House deliberations. "There was a strong preference for someone who has served."

The VA's acting secretary, Sloan Gibson, attended West Point with McDonald and has been a close friend for 40 years. Gibson, who is expected to return to his role as deputy secretary if McDonald is confirmed, called his old friend "an exceptional person — a great leader, a skilled manager, an extraordinarily talented executive and a man with the strongest moral compass."

McDonald is friendly with House Speaker John Boehner and Sen. Rob Portman — both Republicans from his home state of Ohio — but a spokesman for Boehner said the speaker did not recommend McDonald to the president. A spokesman for Portman said only that McDonald is a friend of the senator and that Portman plans to support his nomination.

McDonald has donated $3,400 to Portman over the past few years, federal election records show. He also has contributed at least $3,500 to Boehner, and gave $5,000 to Romney.

"I'm glad to see the president reach out to someone with a wealth of experience managing a complex organization who has also had a distinguished military record," Portman said in a statement.

"Bob McDonald is a good man, a veteran and a strong leader with decades of experience in the private sector," said Boehner, whose district is just outside Cincinnati, where Procter & Gamble is based.

Boehner, a harsh critic of the VA, said McDonald can succeed only "if his boss, the president, first commits to doing whatever it takes to give our veterans the world-class health care system they deserve by articulating a vision for sweeping reform."

Daniel Dellinger, national commander of the American Legion, the nation's largest veterans group and the first to call for the ouster of former VA Secretary Eric Shinseki., said he has never met McDonald and had not heard him of until Sunday, a few hours before his selection became public.

Still, Dellinger said he was rooting for McDonald to succeed: "Being an infantry officer myself, I think he's a good man for the job."

Like Boehner, Dellinger and other veterans leaders said McDonald's success or failure will depend in large part on whether Obama backs the new nominee to make the changes that are needed.

"If the president doesn't make VA a priority, Superman can't do this job," Rieckhoff said.

Even so, McDonald appears headed for easy Senate confirmation. Both parties have urged Obama to fill the vacancy quickly so the agency overhaul can begin in earnest. McDonald's nomination drew rare bipartisan praise.

Rep. Jeff Miller, R-Fla., chairman of the House Veterans' Affairs Committee, said McDonald's management skills "are just what the VA needs right now, given the fact it's been plagued by chronic mismanagement for a number of years." Nothing he has seen in McDonald's background would preclude his confirmation, Miller added.