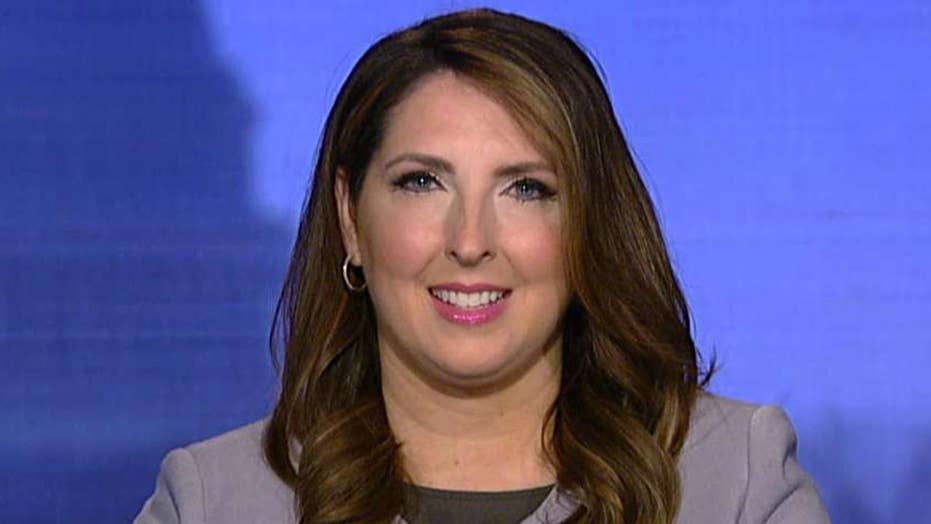 Republican National Committee Chairwoman Ronna McDaniel is set to speak at CPAC about the dangers of socialism.

McDaniel, the chairwoman of the Republican National Committee, was asked by an interviewer during an appearance at the Conservative Political Action Conference about the possibility that a Republican, such as former Ohio Gov. John Kasich or Maryland Gov. Larry Hogan, could challenge Trump.

“They have the right to jump in and lose,” McDaniel said. “That’s fine. They’ll lose horribly.”

McDaniel said Trump is enormously popular in the party. He is scheduled to appear at CPAC on Saturday.

“Our country is booming,” McDaniel told radio host Vince Coglianese. “Jobs are coming back. Wages are up. Our military has been strengthened. Our veterans have been taken care of. Our trade deals are stronger. We have put rule of law judges at every level of the courts, including the Supreme Court with Kavanaugh and Gorsuch.”

McDaniel added: “What would any Republican be thinking saying, ‘this a guy I’m going to run against?’”

Both Kasich and Hogan are anti-Trump Republicans who have not yet ruled out a primary run. Former Republican Massachusetts Gov. Bill Weld recently announced an exploratory committee. None of these Republicans is scheduled to appear at the conference.

“So have at it. Go ahead. Waste your money, waste your time, and go ahead and lose,” she said.

The annual conference of hardcore conservatives began Wednesday at National Harbor, where the theme is “What Makes America Great” – a not-so-subtle play on Trump’s campaign slogan.

CPAC began its day with Ohio Rep. Jim Jordan, the top Republican on the House Oversight Committee, and North Carolina Rep. Mark Meadows, warning of the rise of socialism in the “radical” Democratic Party while saying they believe congressional Democrats are laying the foundation for Trump impeachment efforts.

The conference lasts until Saturday.