Sen. Rick Scott, R-Fla., shared his big idea of imposing term limits on members of Congress in a discussion with Fox News.

Sen. Rick Scott, R-Fla., says he doesn't think that politicians should get to make careers out of working in Washington.

When the former two-term Florida governor, who before that worked in the private sector and before that was a member of the U.S. Navy, ran for U.S. Senate, working to impose term limits on Congress was one of his top pledges.

The term limits issue helped him unseat former Sen. Bill Nelson, D-Fla., who was first elected to serve in Congress in the 1970s. Now he's back at it, but the proposal is one that faces significant obstacles to implementation, especially from Congress itself, whose members have not historically been eager to intentionally put themselves out of a job.

"And if you ask people, most people will say they're for it," Scott said of congressional efforts to set term limits. "The question is, will they do anything to move a bill along?"

Scott, for his part, has sponsored legislation that would impose term limits on members of Congress. The measure sets a three-term limit for the House and a two-term limit for the Senate. But congressional willingness is not the only hurdle.

A 1995 Supreme Court Case, U.S. Term Limits v. Thornton, held that the only way to impose term limits on Congress would be through a rare constitutional amendment -- there have only been 27 in American history.

But Scott still says it's possible and explained his big idea for congressional term limits to Fox News:

What is your Big Idea?

We have term limits for presidents. Most governors have term limits. I just finished my years as governor of Florida. We have term limits, our legislature there. We ought to do the same thing up here. We will bring in new ideas. You will be very focused on getting things done. I believe in terms, as an example in the governor's office, because I knew that I had to get everything I wanted to get done in those eight years.

I really figured I had to get them done my first four years, I was hoping I'd get re-elected and I was able to do that. But I knew that there's a limited amount of time. So it forced me to focus and get things done. I think we are to be doing the exact same things up here.

The president doesn't have, you know, 30 years to get things done. The president has either four or eight years. And so I think we're Congress ought to be the exact same position.

What would the benefit of getting fresh blood in Washington be?

You get new ideas. It's not the same old ideas and the same people running everything.  I think there ought to be a transition in leadership. And I think there ought to be new ideas all the time. And as we know, whether you're leading in a company like what I used to do my business life, you bring in new ideas and, you know, 'hey, I've got to get these things done as quickly as possible because I don't know how long I'll be in this position.' 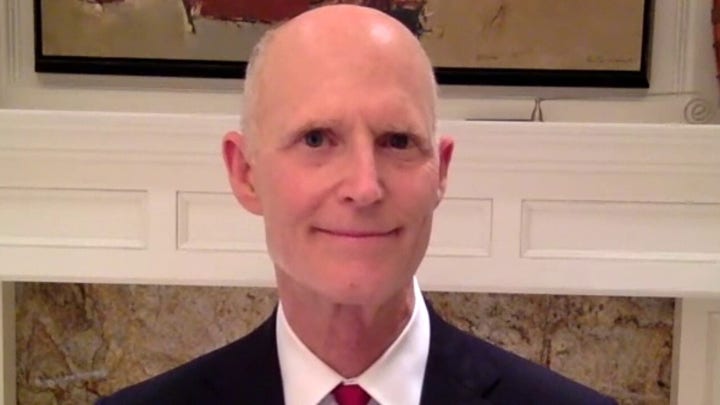 So we need new ideas. I mean, look at where we are. We've got twenty-five trillion dollars worth of debt. The Social Security trust fund is running out, Medicare, the trust fund's running out, we've got to fix these things.

How does your private sector career inform your view in favor of congressional term limits?

What you know in business is that you have to focus and get a return on whatever you're doing. I ran a big public company and you told the shareholders what you're going to do. They wanted to know if you did it and you had to give them information every 90 days. And so I wrote my life that way. I think, okay, I've set a goal. How do I getting my goal done?

And I think that if you know you have limited amount of time, you'll get more things done. If you set goals and you tell people what your goals are, there's a great chance something's is going to get done.

What are some of the problems with our current structure?

There's no pressure. You know, it's hard to beat incumbents. I was able to do it in 2018. It's very difficult to beat an incumbent. So you get you you get a job as a U.S. senator, you're set.

And by the way, it's a pretty good deal. You're guaranteed pay raises. There's no term limits. You can be up here forever, and if you don't do your job like you don't pass a budget, you still get paid.

That's crazy, the way it works up here. It's dysfunctional. You would never build a business like this and you would never recreate your federal government like this.

But don't politicians already have a kind of term limits -- they have to convince their constituents to re-elect them every few years? Why take away the choice of voters to send back a representative that they like?

I completely understand that. But the bottom line is it's very difficult to beat an incumbent.

There's a lot of value in being the person in office. You have the ability to get your message out because you're already in office.

You were going to bring in people that were doing different things that come and run for office, represent their state or their district, and go home. And also, you were not up here all year. We're up here every month doing something. I believe we know we've done so much, we've got to make it harder to do things like I believe we ought to have a supermajority to raise taxes and fees.

I got that passed in Florida because it's ridiculous how much that the taxes are in this country and the fees. We built way too big a government. We need to let the private sector to grow, not government.

People have tried to impose term limits on Congress before, but were stopped because they needed a constitutional amendment. Why is that necessary?

The Constitution doesn't allow you to have term limits right now. So it basically sets the fact that you can continue to run forever if you want to. So we'd have to do an amendment. But we did that in Florida.

It took a change in the constitution in Florida. And we were able to do that in Florida. And the public agrees with it. I don't know people that don't run... when they're running for office, they're all in favor of term limits. It's just when they get up to D.C., they oppose term limits.

Who are some of the other members of Congress who are fighting for term limits?

And if you ask people, most people will say they're for it. The question is, will they do anything to move a bill along? 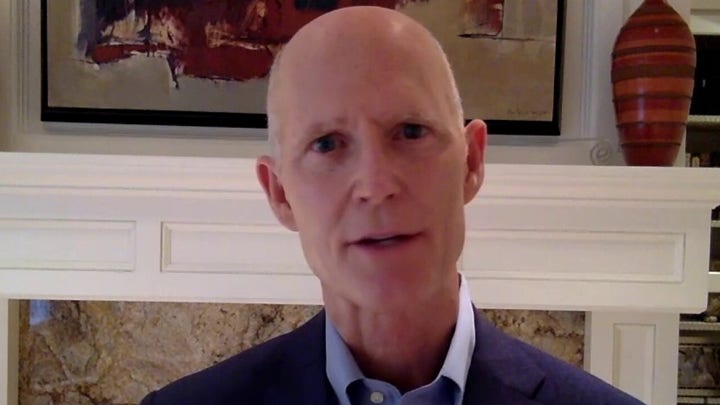 I mean, it's one thing to say you're going to do something. It's another to actually go put the effort in. But this has been a big issue for Ted Cruz, I think, since he got up here.

This idea for congressional term limits is part of a larger 'Make Washington Work' plan that you introduced with Braun. What's in the rest of the plan?

It has the term limits and also would require a supermajority to raise taxes and fees. And also would give the president a line-item veto.

Most governors have line-item vetos. That gives you the ability to control your budget. So as a governor, every year when we pass the budget, I had the opportunity go through and say, 'I don't believe that's a good use of the state money' or 'I don't see how we're going to get a return on our investment.'

And so I vetoed the money. I think the president ought to have the exact same opportunity to do that.

Explain why you would want a supermajority in each house of Congress to raise taxes?

I think this is somebody's money. I think we have to understand that when we're taking somebody's taxes, we're appropriating their property.

We're taking money that they make either for their income or if it's a fee to do something, or if it's a property tax, something like that. We have got to say 'that's a pretty big deal to take somebody's money.'

And so we should make it very difficult for Congress to pass a fee and tax increases because you're appropriating somebody's property.

This interview has been lightly edited for clarity.