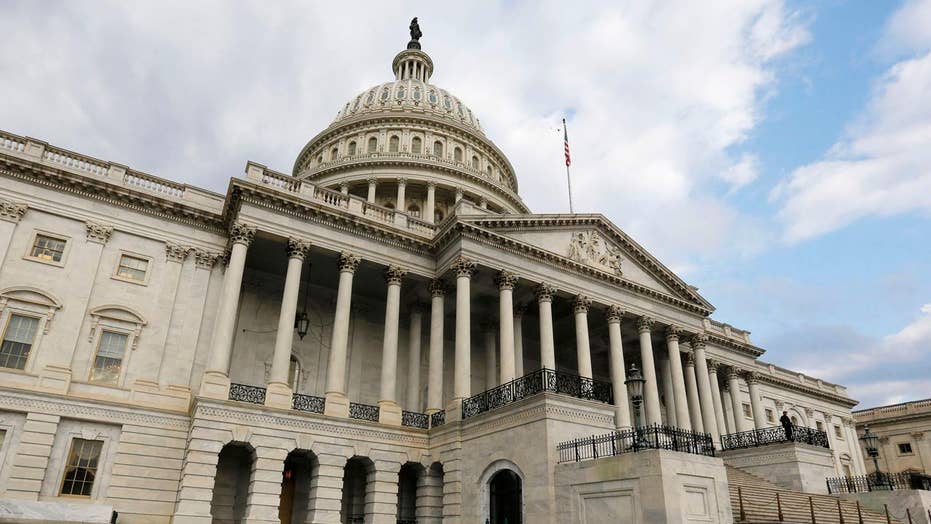 House Republicans are shopping around a new ObamaCare replacement plan, amid pressure to deliver a legislative win as President Trump nears the end of his first 100 days.

“We have a good chance of getting it soon. I’d like to say next week, but I believe we will get it” eventually, Trump said Thursday at a White House press conference.

Fox News is told they hope to have revised legislative text in the coming days, and lawmakers are set to discuss the proposal on a conference call this weekend. But it’s unclear when such a plan could hit the House floor or what level of support it might have – Congress is currently on recess, and lawmakers won’t return until next week.

Fox News is told that leaders have not yet tried tallying support for the document on Capitol Hill.

"The question is whether it can get 216 votes in the House and the answer isn't clear at this time,” a senior GOP aide said. “There is no legislative text and therefore no agreement to do a whip count on."

A White House source said they could potentially have a vote by the end of next week, though they put the chances at 50-50.

The failure in March to pass an earlier replacement bill for the Affordable Care Act, amid widespread criticism of the plan, marked a major setback for Trump’s early presidency. He has since turned his attention to foreign affairs – especially the Syrian crisis – but continues to press for a new health care plan, blaming a bloc of House conservatives for the March meltdown.

Complicating any renewed efforts, however, is next Friday’s deadline for Congress to pass a new budget measure. Congressional Republicans and the Trump administration likely will have to court Democrats to avoid this scenario. Further, the timetable is tight, with the House not set to return until Tuesday night.

Interestingly, the government shutdown drama and health care could be directly linked.

Just days ago, Trump declared he would yank subsidies known as “cost-sharing reductions” from ObamaCare programs. The government directs the CSR payments to insurers who grant coverage to low-income people. A dried-up subsidy could force insurers to drop ObamaCare and spike premiums for the poor.

Trump views the ObamaCare subsidies as leverage to force Democrats to the table on health care. Democrats contend the president is holding the health care assistance “hostage” and imperiling those who aren’t well off.

Trump said Thursday he wants to pass both a health care package and budget bill.

“The spending bill cannot be done by one party alone,” opined Senate Majority Leader Mitch McConnell, R-Ky., before the recess. “These bills can’t pass without a reasonable number of Democratic supporters in the Senate.”