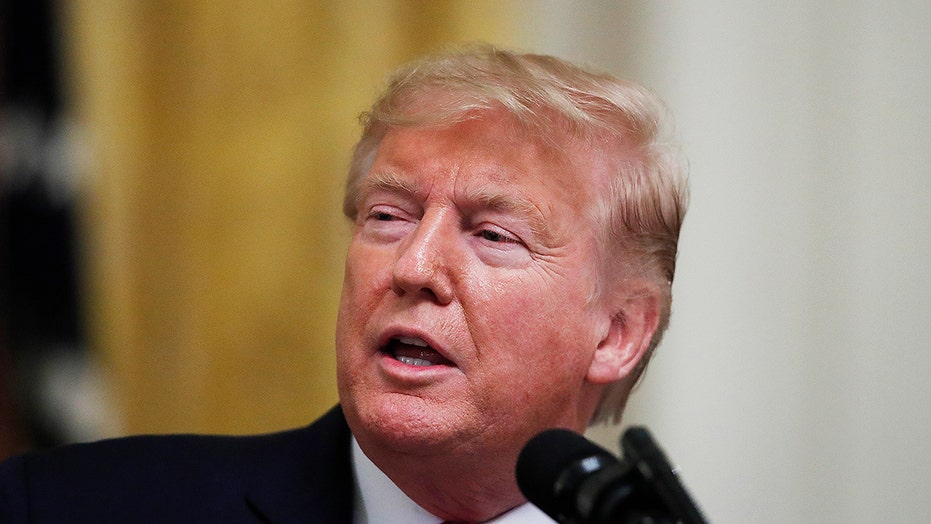 Day 6 of the Trump impeachment trial in the Senate

Republican defenders of President Trump on Monday likened 11th-hour revelations in John Bolton's forthcoming book concerning the matter at the heart of impeachment to the bombshell allegations that surfaced near the end of now-Supreme Court Justice Brett Kavanaugh's confirmation proceedings -- as Bolton and his publishers adamantly denied coordinating with the media on the story.

A New York Times report late Sunday said Bolton will allege Trump connected Ukraine aid with his request for the country to investigate Joe Biden's family -- a purported trade-off the president and his allies have long denied.

The Republican National Committee, in a mass email on Monday, cited the fact no other witnesses in the course of the impeachment inquiry testified that Trump himself connected the aid with investigations into the 2020 presidential candidate's family and that Ukranian President Volodymyr Zelensky has said he was not pressured to start such investigations.

"Furthermore, there are glaring issues with The New York Times story on the leaked manuscript," the RNC's Steve Guest wrote. "Not only does it omit direct quotes from Bolton’s manuscript, it doesn’t cite any named sources."

"This is the 2.0 version of the Democrats' failed Kavanaugh playbook," Guest continued, comparing the last-minute nature of the Bolton revelations to the late-breaking allegations that Kavanaugh committed sexual assault. (Kavanaugh vigorously denied those allegations and was later confirmed.)

On Monday, Bolton issued a joint statement with his publishers denying that they coordinated with the Times or "anyone" regarding the information in his book.

"Ambassador John Bolton, Simon & Schuster, and Javelin Literary categorically state that there was absolutely no coordination with the New York Times or anyone else regarding the appearance of information about his book, THE ROOM WHERE IT HAPPENED, at online booksellers," the statement read. "Any assertion to the contrary is unfounded speculation."

Notably, neither Bolton nor his publishers disputed the content of the New York Times story, which said Trump "wanted to continue freezing $391 million in security assistance to Ukraine until officials there helped with investigations into Democrats including the Bidens."

Sarah Tinsley, a senior adviser to Bolton, told Fox News he had submitted a hard copy draft of his manuscript to the National Security Council (NSC) several weeks ago for "pre-publication review," but insisted he had not shared it with anyone else.

In a statement obtained by Fox News, Bolton attorney Charles Cooper lamented that the NSC review process had been "corrupted."

NSC spokesman John Ullyot said in a statement: “Ambassador Bolton’s manuscript was submitted to the NSC for pre-publication review and has been under initial review by the NSC. No White House personnel outside NSC have reviewed the manuscript.”

Rep. John Ratcliffe, R-Texas, blamed Democrats for the leak, insinuating they were worried they were not going to get enough votes to call witnesses amid the ongoing Senate impeachment trial.

"Every time things don't go the Democrats' way they try and change the narrative, they try and selectively leak information," he said. "There's a report, a report of an unpublished transcript ... this is why you do fulsome investigations over in the House before you dump this on the doorstep of the United States Senate."

Trump said Sunday night the claims in the Times story were false, insinuating that the report was a well-timed leak to drum up publicity for Bolton's book.

Trump later went on to claim the information already available to the public exonerates him, saying his administration has provided more aid to Ukraine than the Obama administration.

Pro-impeachment Democrats, on the other hand, saw new life breathed into their case that the Senate should call witnesses  -- particularly Bolton --  in the impeachment trial as some Senate Republicans indicated they might be interested in hearing from the former national security adviser at this stage.

GOP Sen. Susan Collins also issued a statement that said the Bolton revelation "strengthen[s] the case for witnesses and [has] prompted a number of conversations among my colleagues."

Trump has previously indicated that he would use executive privilege to prevent Bolton from testifying. Bolton's former chief of staff wrote in a Fox News op-ed Monday that Bolton should withdraw his book on similar grounds.

"A book by a former national security adviser ahead of a president’s reelection bid may set a dangerous precedent since it could discourage future presidents from seeking advice from expert advisers on sensitive national security matters," wrote Fred Fleitz, who is currently the president of the Center for Security Policy.

Fox News' Gregg Re, Jared Halpern and Gillian Turner contributed to this report.