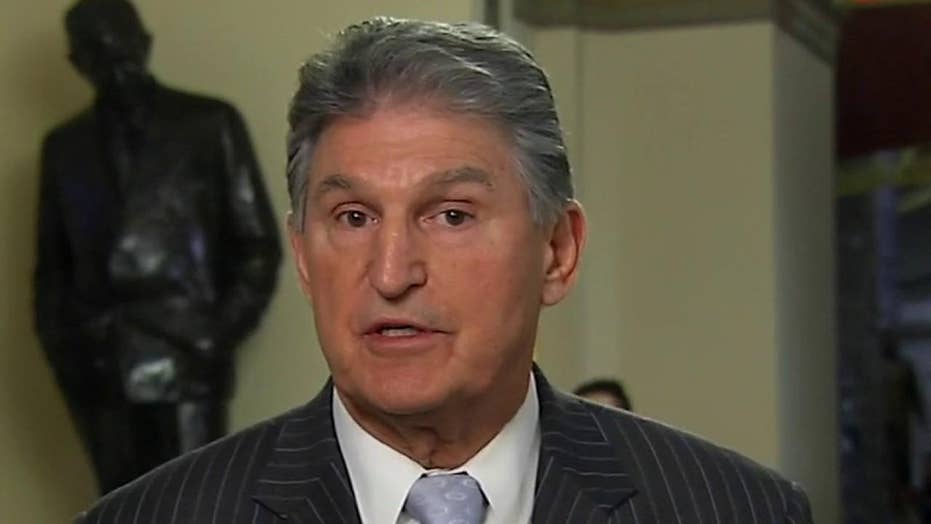 Manchin still undecided on impeachment, says John Roberts should determine which witnesses can be called

Moderate Sen. Joe Manchin, D-W.Va., indicated to CNN on Saturday that he is open to the arguments from President Trump's defense team in the impeachment trial.

After an abbreviated session Saturday in which Trump's defense lawyers essentially presented a preview of their case, which they are expected to resume Monday, Manchin told CNN's Manu Raju he thought the lawyers did a "good job."

"One thing that stuck in my mind is they said there isn't a witness they have had so far that had direct contact with the president," Manchin told Raju.

Manchin continued: "I'd love to hear from Mulvaney and Bolton ... I'll be very impartial to the end."

The day before, the notoriously unreliable voter for Democrats told Fox News that he would not make a decision on whether he will vote to convict and remove Trump until after both sides have made their cases and senators have had a chance to ask questions.

"The abuse of power, the way it's been presented, and the intertwining of basically Ukraine ... denying an ally and putting an ally out, those are very alarming, very troubling and we're looking at that," Manchin told Fox News' Bill Hemmer on Friday. "But I want to hear the other side because there's always another side to that and that's the whole rule of law, who we are."

"I am totally undecided," he said.