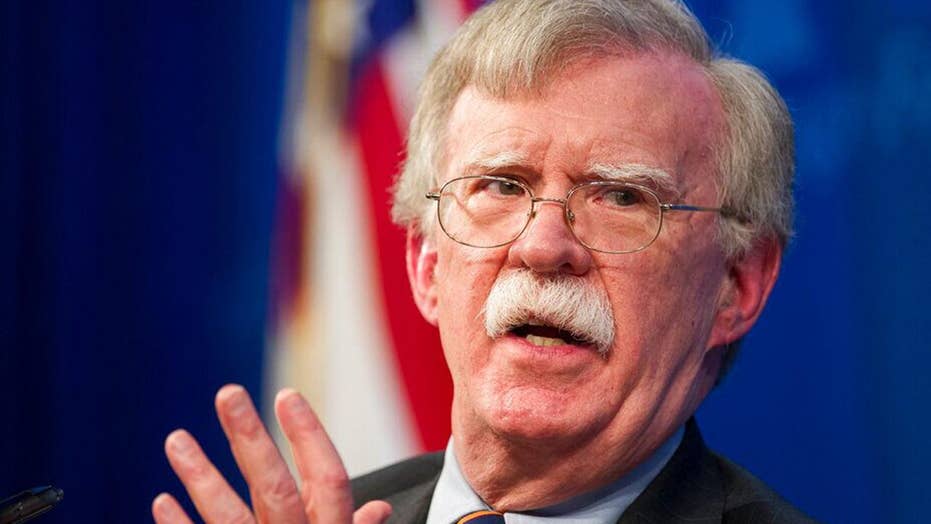 Leaked claims from former National Security Adviser John Bolton's forthcoming book are fueling a new confrontation between congressional Democrats and Trump-allied Republicans over whether the Senate should hear from witnesses in the impeachment trial.

The revelation, reported by The New York Times, that President Trump connected frozen aid to Ukraine to investigations into the family of 2020 rival Joe Biden could throw a wrench into Senate Republicans' plans to quickly move toward a vote on whether to convict or acquit the president. Democrats have been pushing to have the Senate hear from Bolton, among other witnesses who did not provide testimony to the House during the impeachment inquiry. Their calls got new life Sunday.

Trump argued on Monday morning that it's too late, tweeting: "The Democrat controlled House never even asked John Bolton to testify. It is up to them, not up to the Senate!"

At the heart of the impeachment trial is Trump's July 25, 2019 call with Ukraine President Volodymyr Zelensky. Trump said the call was focused on corruption in Kiev and raised the Bidens as an example. Trump has denied the Democrats' claim that there was a quid pro quo and did so again following the Bolton report.

Lead impeachment manager Rep. Adam Schiff, D-Calif., also seized on the Times report to make his case that the Senate should call Bolton, who has said he would testify if subpoenaed.

"It completely blasts another hole in the president's defense," Schiff said on CNN's "New Day" Monday morning. "The question is, are the senators willing to hear the truth?"

"Bolton directly contradicts the heart of the President's defense," Schiff tweeted earlier. "If the trial is to be fair, Senators must insist that Mr. Bolton be called as a witness, and provide his notes and other documents."

"The refusal of the Senate to call for him, other relevant witnesses, and documents is now even more indefensible," she said. "The choice is clear: our Constitution, or a cover-up."

Trump said Sunday night the claims in the Times story were false, insinuating that the report was a well-timed leak to drum up publicity for Bolton's book, which is currently undergoing a "pre-publication review" at the National Security Council, which functions as the White House's national security forum, to ensure no classified or sensitive material is published.

The Times further claimed Bolton had shared a manuscript of his forthcoming book with "close associates" — prompting Bolton's team to deny the claim, and assert that the NSC's review process of pending manuscripts is "corrupted" and prone to leaks.

National Security Council spokesman John Ullyot said in a statement: “Ambassador Bolton’s manuscript was submitted to the NSC for pre-publication review and has been under initial review by the NSC.  No White House personnel outside NSC have reviewed the manuscript.”

Trump later went on to claim the information already available to the public exonerates him, noting his administration has provided more aid to Ukraine than the Obama administration.

White House press secretary Stephanie Grisham told "Fox & Friends" Monday morning that she thinks, "The timing of all this is very, very suspect."

The Times report is likely to put additional pressure on moderate Senate Republicans who have wavered on whether or not they would vote to hear witnesses after Trump's defense team finishes its opening arguments and senators have had a chance to ask written questions to Trump's lawyers and the House impeachment managers. Trump's lawyers could wrap up their case Monday.

Sens. Susan Collins, R-Maine, and Mitt Romney, R-Utah, have already indicated they will likely vote for Bolton, and potentially other witnesses. Because the GOP holds a 53-seat majority in the Senate, Democrats would need two more Republican members to vote to hear testimony from Bolton.

Sens. Lisa Murkowski, R-Alaska, Lamar Alexander, R-Tenn., and Cory Gardner, R-Colo., are considered the other Republicans in play on a witness vote.

The moderate Murkowski has remained noncommittal on how she would vote on witnesses. Gardner, who has a reputation for not being afraid to buck Trump and is running for reelection in a purple state, has remained largely mum on his thoughts about the impeachment trial. Alexander, a generally reliable GOP vote – but a Senate institutionalist – has said he would make up his mind on witnesses after the conclusion of opening statements and questions. 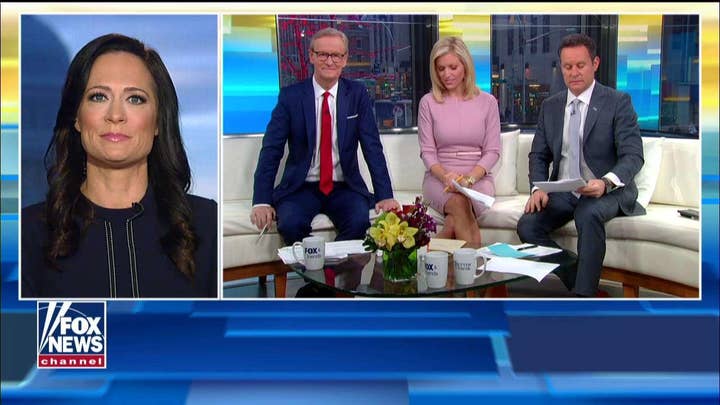 If the Senate decides not to hear witnesses, it is possible the Trump impeachment trial will end -- likely in acquittal -- by the end of the week. If the Senate does decide it wants to hear from Bolton or others, depositions, requests for documents, testimony and other procedural hurdles could cause the trial to drag on for weeks or more.

Rep. Jim Jordan, R-Ohio, a member Trump's defense team, said the reaction to the Bolton revelation was overblown, noting that Ukraine eventually got the security assistance without opening any investigations — although the aid was only released after the hold became public, largely because of a whistleblower complaint.

"It does not alter in any the fundamental facts," he said on "Fox & Friends" Monday morning. "There was no quid pro quo in the transcript [of Trump's July 25 call with Zelensky] ... both individuals of the call, President Trump and President Zelensky have repeatedly said there was no linkage, there was no pressure ... the Ukrainians didn't know aid was withheld at the time of the call, they didn't know until a month later ... and most importantly, they took no action.