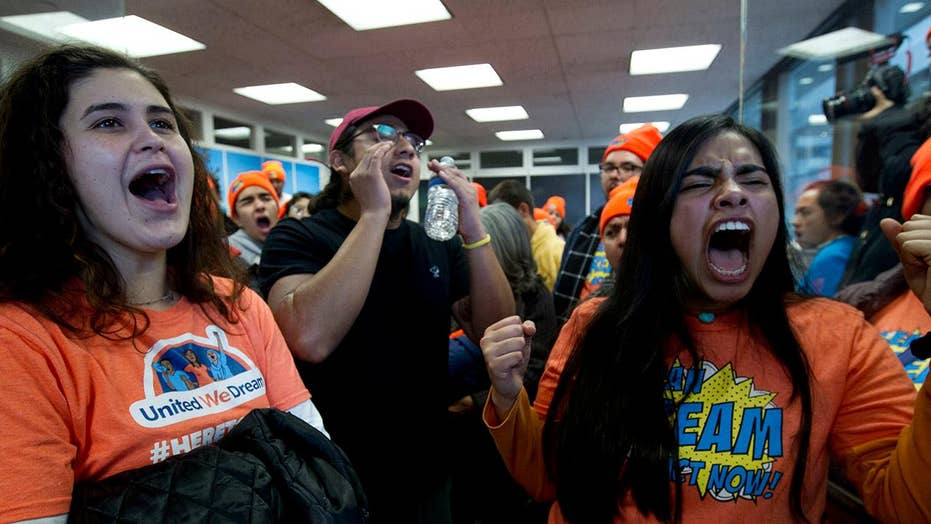 Will a compromise for DACA be found on Capitol Hill?

A Republican congressman on Tuesday called for authorities to arrest and deport any illegal immigrants who try to attend the State of the Union.

“Of all the places where the Rule of Law needs to be enforced, it should be in the hallowed halls of Congress,” Arizona Rep. Paul Gosar tweeted. “Any illegal aliens attempting to go through security, under any pretext of invitation or otherwise, should be arrested and deported.”

The congressman said he has contacted Capitol Police and Attorney General Jeff Sessions to request that they arrest “any illegal aliens in attendance.”

Gosar’s statement follows approximately 30 House Democrats saying they are bringing so-called DREAMers -- illegal immigrants who were brought to the U.S. at a young age -- to President Trump’s speech at the Capitol.

But these guests are protected from deportation: President Obama in 2012 issued an executive order shielding them from being deported. Trump has since ordered an end to the program, but that doesn’t go into effect until March.

Trump, who has called on Congress to pass legislation to deal with DREAMers, has proposed a path to citizenship for these people in return for border wall funding and other immigration measures.

“The State of our Union is heartless and cruel,” California Democratic Rep. Mark Takano said.

A senior congressional source involved with security told Fox News “we’re not going to do that” when asked about Gosar’s request.

Fox News has requested comment from the Justice Department and the Capitol Police.