Wyoming Rep. Liz Cheney’s ongoing feud with former President Donald Trump has sparked discussion within the House GOP leadership about her future as the party’s conference chair, with a vote on whether she should continue in that role possible next week, according to sources familiar with the situation.

A senior House GOP leadership source said it was "more than likely" that Republicans will hold a vote on Cheney’s status as conference chair when the House returns to session next week.

Cheney has emerged as one of Trump’s prominent critics within the GOP since January, when she was among 10 House Republicans who voted to impeach him over his role in the Capitol riot. House GOP leaders are said to be concerned that the public war of words is at odds with Cheney’s role as conference chair, a position that dictates party messaging.

"When you have only so much time, she wants to talk about Trump, not the people who are running the country into the ground," one source said. 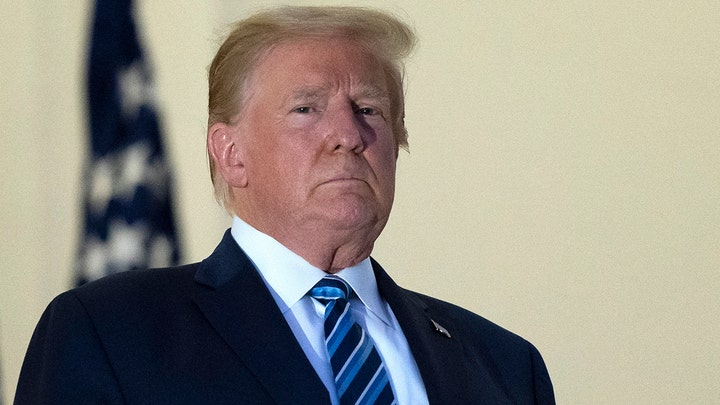 As conference chair, Cheney is the third highest-ranking Republican in the House and the most senior GOP woman in Congress. In February, she defeated a push by Trump loyalists to oust her as conference chair following a tense closed-door meeting about her leadership.

Speculation about Cheney’s future reemerged this week on Monday after she publicly ripped Trump for putting out a statement in which he described his loss in the 2020 presidential election as "The Big Lie" – a phrase that Trump critics have often used about his unproven claim that the election was stolen.

"The 2020 presidential election was not stolen. Anyone who claims it was is spreading THE BIG LIE, turning their back on the rule of law, and poisoning our democratic system," Cheney wrote on Twitter.

Cheney’s tweet prompted a renewed attack from Trump, who said in a statement that "she'll never run in a Wyoming election again!"

Cheney initially drew support from prominent Republicans, including House Majority Leader Kevin McCarthy, when she criticized Trump in January. But prominent figures within the party have begun to raise questions about her leadership.

"This idea that you just disregard President Trump is not where we are, and, frankly, he has a lot to offer still," Scalise told the outlet.