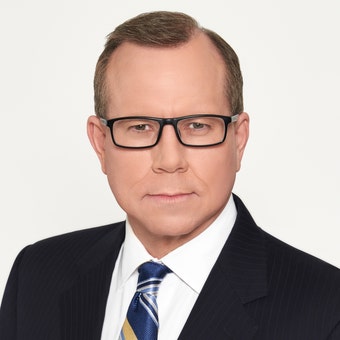 Chad Pergram currently serves as a senior congressional correspondent for FOX News Channel (FNC). He joined the network in September 2007 and is based out of Washington, D.C.Read More

Most recently, Pergram has reported on the hearings of The Select Committee’s Investigation of the January 6th Attack on the United States Capitol. Pergram reported live from inside the Capitol building as it was mobbed by rioters on January 6th, 2021. Pergram, who was barricaded in the basement, provided critical minute-by-minute updates on the situation for fifteen hours straight on the air until the building was secured. Additionally, he was a staple of FNC’s coverage of the first and second impeachments of President Trump, breaking down the procedural elements and providing timely analysis. According to Nielsen Media Research, FNC’s special coverage of the impeachment hearings outpaced all of broadcast and cable news coverage.

Previously, Pergram served as a senior Capitol Hill producer covering a range of historical moments from Capitol Hill, including the 2010 and 2018 midterm elections, Justice Brett Kavanaugh and Justice Neil Gorsuch’s confirmation hearings, the 2016 presidential election cycle, and various legislative hallmarks and showdowns, including the 2010 passage of both the Affordable Care Act and Dodd-Frank Wall Street reform, the 2011 debt-ceiling fight, tax reform in 2017, as well as the 2018-2019 government shutdown, the longest in U.S. history. From his years of reporting, Pergram has gained a particular expertise in House and Senate procedure, especially the workings of appropriations, intelligence and foreign policy.

In 2017, just blocks from Pergram’s residence in Alexandria, Virginia, a gunman opened fire at a baseball practice for Republican members of Congress ahead of the annual Congressional game, critically wounding then-House Majority Whip Rep. Steve Scalise (R-LA) and injuring several others. Pergram led the breaking news coverage and followed the story throughout Scalise’s recovery.

Prior to joining FNC in September 2007, Pergram served as a reporter for Capitol News Connection. Additionally, he produced and anchored newscasts for NPR in Washington and served as a Senate producer for C-SPAN. He began his career as a reporter at WKRC-AM in Cincinnati and WKRC-TV, the ABC affiliate at the time, before joining the Cincinnati Public Radio-operated WMUB-FM in Oxford, OH. While at WKRC-AM, he covered the first congressional race of then-little known John Boehner, who would go on to serve as Speaker of the House. In 1992, he was named Best Radio Reporter by the Ohio Associated Press.

A native of Jacksonburg, OH, Pergram earned a both a bachelor's degree in political science and a master’s degree in communication from Miami University (Ohio). During his time there, he lived down the street from future Speaker of the House and Republican vice presidential nominee Paul Ryan. In 2007, he won a regional Edward R. Murrow Award for excellence in reporting for his coverage of outgoing House Majority Leader Tom DeLay (R-TX). The year prior, Pergram became the youngest recipient of the Joan S. Barone Award for Excellence in National Affairs/Public Policy Broadcast from the Radio/Television Correspondents Association, which he was awarded for his Washington-based broadcasts. Pergram received the award a second time in 2020, becoming one of the few journalists to do so. In 2009, Washingtonian magazine named him one of the top 50 journalists in DC.

Voters keep track and journalists document events. All politicians need to "pay the fiddler" eventually and this week was Senator Joe Manchin's turn.

Sen. Joe Manchin's energy proposal will be set to a test vote in the Senate Tuesday evening as a means of ending a filibuster and avoiding a government shutdown.

In a Senate Banking Committee hearing, CEOs of the nation's major banks testified about a variety of issues, but it was social policy that stole the show. 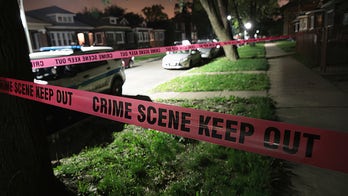 House Democrats have struggled to get full support to impose police reforms from both moderate and progressive Democrats. Therefore, they battle a nationwide increase in crime. 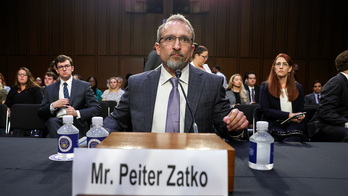 Lawmakers have argued over retooling Section 230. The concern is that big tech firms and social media giants like Meta, Twitter and others enjoy a legal shield safeguarding them from challenges to what their users post.

Republicans could win control of the House this fall, which would set up GOP minority Leader Kevin McCarthy for a potentially difficult race for the Speaker's gavel. 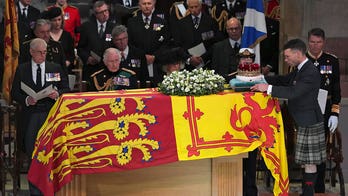 Queen Elizabeth II's death is impacting American politics. House Republicans will delay the rollout of their agenda for the November election to avoid a conflict with her funeral. 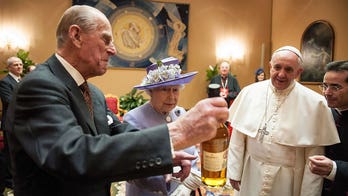 The late Queen Elizabeth II's love of scotch whisky has passed to her son, King Charles III, and the UK's royal family has deep ties to Scottish distilleries 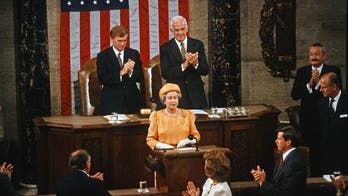 Queen Elizabeth II addressed a joint session of Congress in 1991 — the first British monarch to do so — praising the U.S. system during a critical time 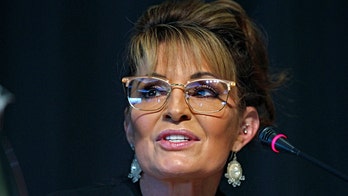