“If Google wants to cozy up to Communist China, Sundar Pichai must answer for the atrocities committed by the Chinese Communist Party," he told Fox News after Pichai, Amazon's Jeff Bezos, Apple's Tim Cook, Facebook's Mark Zuckerberg all testified before Congress.

Buck has been an outspoken critic of the CCP's tactics and introduced legislation in the House on Wednesday based on Sen. Josh Hawley's  "Slave-Free Business Certification Act," which attempts to hold U.S. companies accountable for any use of forced labor throughout the supply chain.

In addition to discovering troubling ties between big tech companies and the CCP, there was a consensus among both parties that the hearing revealed nefarious efforts to stifle competition within the free market, Buck added.

"It's absolutely clear that these platforms are using their position to stifle innovation and you hear it from both sides of the aisle," he continued. "You hear the CEOs unable to speak to the specific examples that they are being faced with, so it was very informative."

Buck also addressed the notion that anti-competitive practices can lead to political bias and the censorship of certain materials on the web, specifically with regard to news and media outlets. 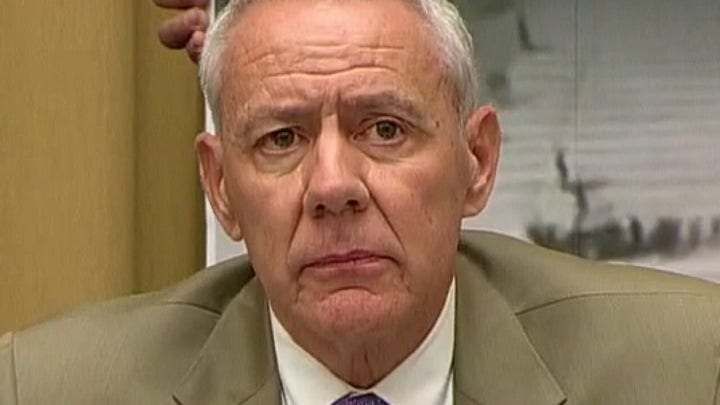 "Citizens can choose from hundreds if not thousands of news sources in this country. Some people on the left might say that Fox News or The Wall Street Journal is biased on the right," he explained. "And others may say that MSNBC or The Washington Post is biased on the left. And we know that when we pull up a news source -- we know what we're getting because there are hundreds if not thousands of them.

"But when there is only one platform -- when there's only Google -- and you search for something and they drop Breitbart to the 19th page or they drop Donald Trump Jr. to the 23rd page, you don't have the chance to say, 'Google isn't meeting my needs so I'm going to find another search engine.' It doesn't happen," Buck continued. "It's a much different situation when you have a domination platform that's involved in political bias. And that's what you have with Google, Facebook, Twitter, and others."

He then discussed comments made by Rep. Jerry Nadler, D-N.Y., during the hearing about Facebook's acquisition of Instagram and agreed that the circumstances surrounding the deal were suspect at best and should be investigated further by the federal government.

He added, "It's one of those things where you can look back on it now and say, 'Instagram wouldn't be where it is now if it weren't for Facebook's resources and the merger.' But I do agree with Chairman Nadler that there are many red flags about that merger and it should be carefully scrutinized by the Federal Trade Commission (FTC)."

Congress will continue its investigation into big tech and likely release a report on the findings before the November election, in an effort to lay the groundwork for legislation when new lawmakers are sworn in come January, Buck said.

"This isn't a partisan effort. This isn't an anti-business effort. This is an effort at making America stronger and I think both sides are willing to do that," he explained. "The next step -- the process, where we are now -- we've got to listen to regulators. We've got to listen to consumer advocacy groups. We have to consider some of these privacy issues and decide if the law is sufficient and if the regulators have the resources they need and that's where we need to go next. Once we complete the investigation, we need to figure out where the law is sufficient and whether the resources are sufficient to tackle this."