Rep. Ken Buck, R-Colo., will introduce a companion bill in the House on Wednesday based on Sen. Josh Hawley's "Slave-Free Business Certification Act," which attempts to hold U.S. companies accountable for any use of forced labor throughout the supply chain.

"It’s time we expose these ‘woke’ executives of American companies who pride themselves on their so-called progressive policies while they outsource labor to Chinese concentration camps,” Buck tweeted.

“I’m proud to join Senator Hawley in this effort to hold corporations accountable for having slave labor in their supply chains," he added. "If corporate America truly wants to be socially responsible, they must certify that they are slave-free."

Buck mentioned the subject during Wednesday's House subcommittee hearing on antitrust with America's big tech CEOs, saying that Amazon may be perpetuating the cycle of forced labor, whether it realizes it or not.

Buck also asked the four CEOs present at the hearing -- Amazon's Jeff Bezos, Apple's Tim Cook, Facebook's Mark Zuckerberg and Google's Sundar Pichai -- if they would certify that their companies do not use slave labor to manufacture their products and they answered in the affirmative, calling the practice abhorrent.

Hawley and Buck's bills will seek to increases corporate supply chain disclosure requirements, mandate regular audits and require CEOs to certify that their companies’ supply chains "do not rely on forced slave labor." It would also create penalties for firms that fail to meet a minimum standard on human rights. 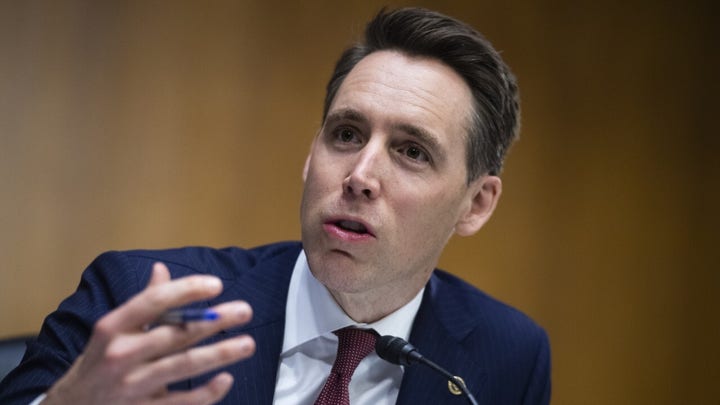 Hawley said the bill highlights the hypocrisy of corporate companies that preach political correctness and humanity, but then outsource their business to foreign sweatshops and work camps.

"Corporate America and the celebrities that hawk their products have been playing this game for a long time – talk up corporate social responsibility and social justice at home while making millions of dollars off the slave labor that assembles their products," he said in a statement last week. "Executives build woke, progressive brands for American consumers, but happily outsource labor to Chinese concentration camps, all just to save a few bucks."

Hawley added, "If corporate America wants to be the face of social change today, they should have to certify they are completely slave-free. Participate in independent audits to verify it and disclose steps to ensure slave labor won’t become part of the equation later on. And if they refuse to do so, they should pay the price. That’s social responsibility."

According to the Missouri Republican, 80 global companies have been tied to forced Uighur labor in China such as Adidas, Nike, and Puma, along with tech giants like Lenovo and Samsung. Hawley also accused Starbucks and Nespresso of using underpaid Brazilian laborers who are "denied basic necessities like food and water."

The legislation would compel companies to disclose what steps they are taking to eliminate the use of forced labor, slavery and human trafficking from their supply chains and would require them to submit public reports to the Department of Labor, showing the results of their own independent audits.