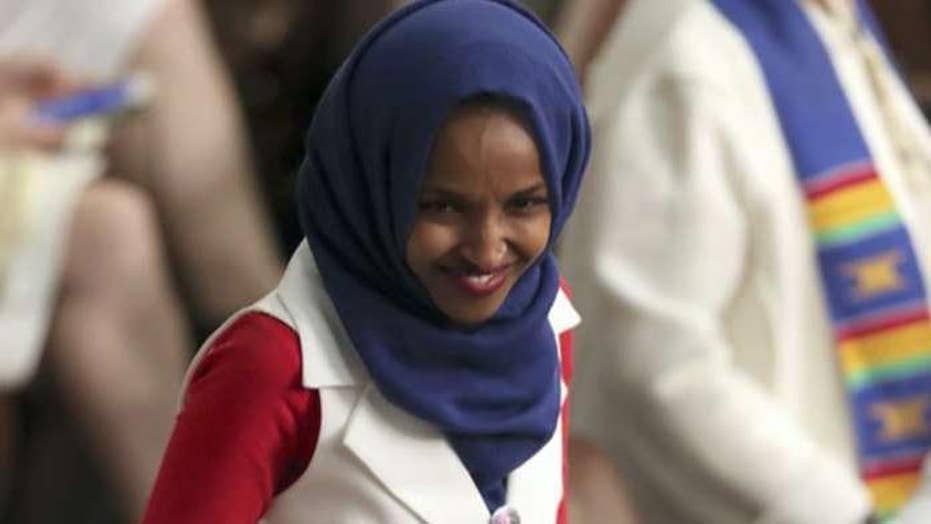 House Speaker Nancy Pelosi is "taken aback" by the growing dissent and anger among rank-and-file Democrats over a possible resolution to formally condemn anti-Semitism, a Democratic source told Fox News on Wednesday -- highlighting Pelosi's tenuous grip on control over the House and underscoring the growing power of the party's nascent far-left progressive wing.

Pelosi even reportedly walked out of a meeting Wednesday with Democrat House members, setting down her microphone and telling attendees, “Well if you're not going to listen to me, I’m done talking."

The stalled resolution originated after freshman Democratic Rep. Ilhan Omar of Minnesota, for at least the second time in recent months, ignited an uproar for echoing tropes critics have deemed anti-Semitic. In February, she suggested on Twitter that supporters of Israel have been bought. The congresswoman then accused American supporters of Israel of pushing people to have “allegiance to a foreign country.”

Meanwhile, debate over how to address her latest remarks has overtaken House Democrats in recent days.

ON THE STREETS IN OMAR'S DISTRICT: SOMALI GANGS, LITTLE COMMUNICATING WITH COPS

A vote on the resolution, which was originally planned for earlier this week, did not appear on the House's official docket for Thursday.

Fox News has been told that the Democratic caucus is trying to get the language of the proposed anti-Semitism language “right," and that there is concern about mentioning Omar by name -- a non-starter for many members of the Congressional Black Caucus.

Two knowledgable sources said such a scenario could increase security threats against Omar, who is a Muslim.

Republicans did not specifically name Rep. Steve King, R-Iowa, in a bipartisan disapproval measure that followed comments that seemingly defended white nationalism earlier this year. But GOP leaders stripped King of his committee assignments as punishment -- while Omar remains on the House Foreign Affairs Committee, and Democrats say they have no plans to oust her.

By the same token, Fox is told Democrats are also concerned about making “a martyr” out of Omar if they don’t address some of her controversial comments.

TRUMP, WHO MOVED US EMBASSY TO JERUSALEM, CALLS OMAR'S COMMENTS 'SHAMEFUL' AND SAYS SHE NEEDS TO GO

"I've spent another week dealing with this and not on policy."

But senior leadership sources scofffed at that assertion, saying Pelosi spoke with multiple lawmakers all weekend long about the measure.

Fox News was also told one senior House Democratic lawmaker expressed concern about the influence pro-Israel interest groups have over the Democratic caucus, prompting debate about a resolution to condemn anti-Semitism in the first place. Their complaints came in contrast to the push by a trio of Jewish lawmakers who have pushed hardest for the resolution: House Ethics Committee Chairman Ted Deutch, D-Fla., House Foreign Affairs Committee Chairman Eliot Engel, D-N.Y., and House Appropriations Committee Chairwoman Nita Lowey, D-N.Y. 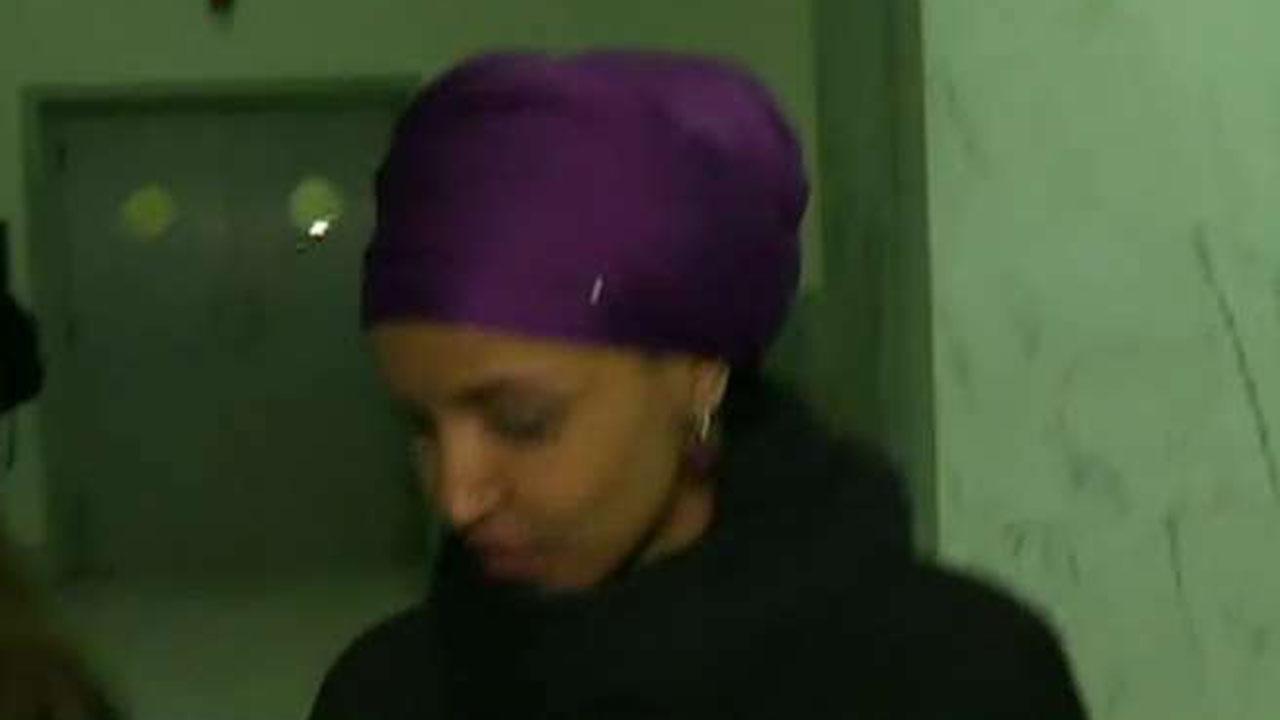 Freshman Rep. Ilhan Omar stays silent when asked whether or not she’s anti-Semitic

One senior House Democrat even suggested the rift in the caucus was emblematic of age-old tensions between Pelosi and House Majority Leader Steny Hoyer, D-Md.

The apparent tension comes as freshman Democratic Rep. Rashida Tlaib -- who herself has been accused of recent anti-Semitic comments -- also clashed with party leadership on Wednesday, after joining protesters to say she'd introduce a resolution this month urging the Judiciary Committee to move forward with impeachment proceedings against President Trump. Pelosi has consistently resisted calls to impeach Trump, saying such an effort would be premature.

A senior House Democratic leadership aide, however, disputed the divide between Pelosi and Hoyer.

Lawmakers are also buzzing about if they should even address the comments by Omar at all. There’s a concern about precedent.

“Should the House condemn [House Minority Leader] Kevin McCarthy, R-Calif., for what he said about George Soros?” asked one lawmaker who requested to not be identified. In 2018, McCarthy tweeted: “We cannot allow Soros, Steyer and Bloomberg to BUY this election! Get out and vote Republican November 6th. #MAGA." (Soros, Steyer and Bloomberg all are of Jewish heritage.

Rep. Rashida Tlaib joined protesters with CREDO Action and By the People, a new advocacy group pushing for the impeachment of President Trump. Together they urged members of Congress to begin impeachment proceedings. (Congresswoman Rashida Tlaib)

One source questioned if House Democrats ever attempted to rebuke former Rep. Cynthia McKinney, D-Ga., who was known for questioning if President George W. Bush knew of the 9/11 attacks ahead of time. She also questioned U.S. support for Israel and demanded a more balanced approach when dealing with the Palestinians.

The prolonged delay in passing an anti-Semitism resolution -- which threatens to become a public-relations headache for Democrats with each passing day -- spilled over into the 2020 presidential race as well on Wednesday, as White House contender Bernie Sanders, who is Jewish, defended Omar in a statement.

“Anti-Semitism is a hateful and dangerous ideology which must be vigorously opposed in the United States and around the world," Sanders wrote. "We must not, however, equate anti-Semitism with legitimate criticism of the right-wing, Netanyahu government in Israel. Rather, we must develop an even-handed Middle East policy which brings Israelis and Palestinians together for a lasting peace. What I fear is going on in the House now is an effort to target Congresswoman Omar as a way of stifling that debate. That's wrong.”

Added Elizabeth Warren: "Branding criticism of Israel as automatically anti-Semitic has had a chilling effect on our public discourse and makes it harder to achieve a peaceful solution between Israelis and Palestinians."