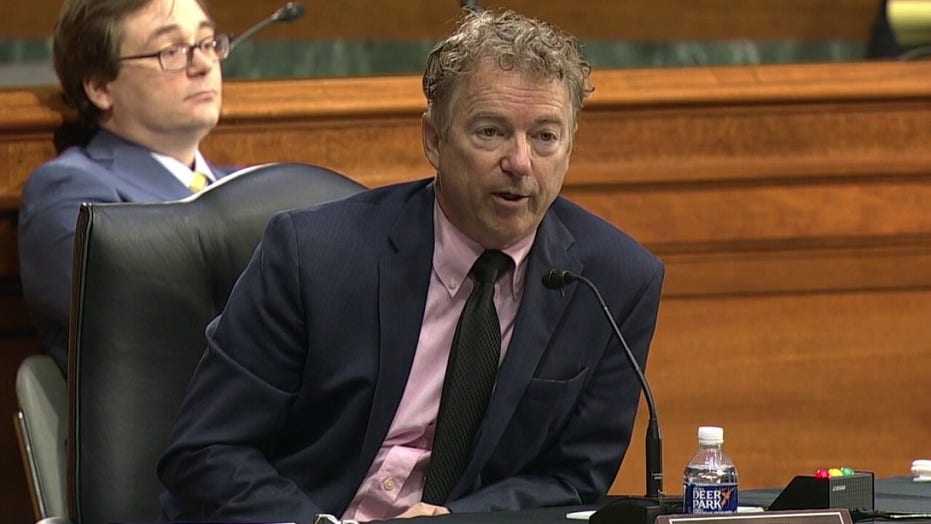 Sen. Rand Paul, R-Ky., and Dr. Anthony Fauci sparred once again at a Senate hearing Tuesday, this time over the funding of the controversial Wuhan Institute of Virology -- the Chinese lab that is believed to have played a role in the initial outbreak of COVID-19.

Fauci and Paul have come to verbal blows before over both COVID-19 and related restrictions such as lockdowns and mask-wearing. On Tuesday, Paul zeroed in on gain of function research -- which works on making pathogens deadlier or more easily transmissible. He alleged that a U.S. virologist had been working with the Chinese institute on such research and said it was funded by the National Institute of Health (NIH).

"Senator Paul, with all due respect, you are entirely, entirely and completely incorrect," a clearly irritated Fauci shot back. "The NIH has not ever and does not now fund gain of function research in the Wuhan Institute of Virology." 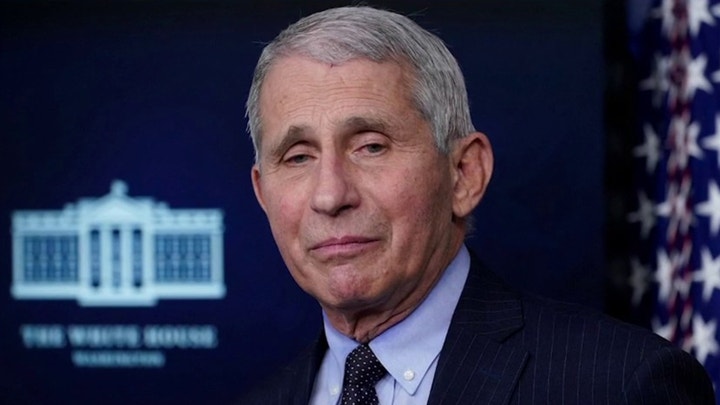 He said that the doctor in question does not conduct gain of function research, and if he does, it is in line with guidelines and conducted in North Carolina, not China.

Paul pressed on, saying it is gain of function and that the Wuhan Institute was previously funded through a sub grant. Fauci replied that it would have been irresponsible of the U.S. not to have investigated the bat viruses and their serology in China, of which COVID was one.

"Or perhaps it would be irresponsible to send it to the Chinese government that we may not be able to trust with this knowledge and with this incredibly dangerous viruses," Paul interrupted, before accusing Fauci of supporting gain of function -- a claim Fauci then called "incorrect."

Moving to suspicions that the COVID-19 virus originated after experimentation from the Wuhan Institute in 2019, Paul cited reporting that the top doctor in Wuhan wasn’t sure if it was a virus that had escaped the lab.

"Will you in front of this group categorically say that the COVID-19 virus could not have occurred by serial passage in a laboratory?" Paul asked Fauci.

Fauci did not explicitly rule out such a possibility: "I do not have any accounting of what the Chinese may have done, and I'm fully in favor of any further investigation of what went on in China," he said. "However, I will repeat again, the NIH and NIAID categorically has not funded gain of function research to be conducted in the Wuhan Institute of Virology."

While U.S. officials during the Trump administration believed the virus may have originated from the lab, some experts have doubted that explanation. But so far, investigations have been hampered by a secretive Chinese regime.

The World Health Organization (WHO) sent a team to Wuhan to investigate the outbreak earlier this year, but even the Biden administration -- which has been less hawkish on the WHO and China than the prior administration -- has expressed concern about Chinese interference.

"We have deep concerns about the way in which the early findings of the COVID-19 investigation were communicated and questions about the process used to reach them," National Security Adviser Jake Sullivan said in a lengthy statement. "It is imperative that this report be independent, with expert findings free from intervention or alteration by the Chinese government."