What you need to know about Rachel Mitchell

Female prosecutor experienced in sex crimes will be asking the tough questions during the Kavanaugh-Ford hearing.

Senate Republicans announced late Tuesday that Rachel Mitchell, a decorated career sex crimes prosecutor with decades of experience, will handle some of the questioning of Christine Blasey Ford at a scheduled hearing before the Senate Judiciary Committee on Thursday.

Ford, the California professor accusing Supreme Court nominee Brett Kavanaugh of sexual assault decades ago, had requested through her attorneys that only senators be able to ask questions at the hearing, in order to avoid a "trial-like" atmosphere.

Senate Democrats will still able to ask their own questions of Ford and Kavanaugh, who is also set to testify Thursday, and some have said they intend to do so. Connecticut Democratic Sen. Richard Blumenthal, a member of the Judiciary Committee and former prosecutor, criticized Republicans for "hiding from their roles as members of the Judiciary Committee" and said he would not "concede or cede" his role as a senator.

"The goal is to de-politicize the process and get to the truth."

Saying he wants the hearing to be a "safe, comfortable, and dignified" environment, Senate Judiciary Committee Chairman Chuck Grassley wrote in a statement that retaining Mitchell would help take politics out of the proceedings.

"The goal is to de-politicize the process and get to the truth, instead of grandstanding and giving senators an opportunity to launch their presidential campaigns," Grassley, R-Iowa, wrote. "I’m very appreciative that Rachel Mitchell has stepped forward to serve in this important and serious role."

Grassley then took a more explicit shot at the conduct of Senate Democrats at Kavanaugh's confirmation hearings earlier this month. During those proceedings, Cory Booker, D-N.J., suggested that he would be expelled from the Senate for releasing confidential committee documents, and compared himself to the gladiator Spartacus. 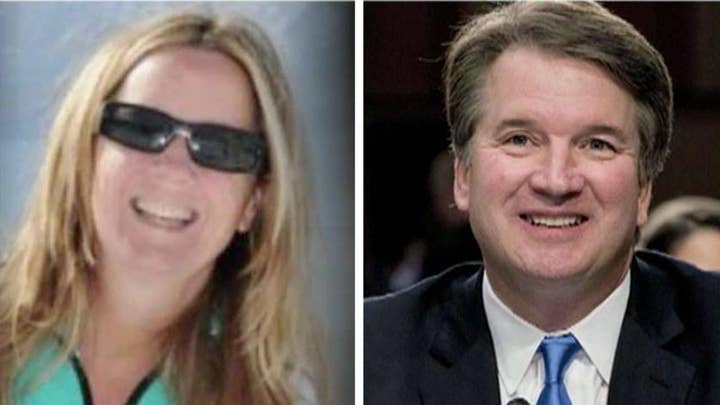 WATCH: TOP DEM ASKS KAVANAUGH IF HE EVER HAD IMPROPER MUELLER CONVERSATIONS, REFUSES TO CLARIFY QUESTION

"I promised Dr. Ford that I would do everything in my power to avoid a repeat of the ‘circus’ atmosphere in the hearing room that we saw the week of September 4," Grassley wrote. "I’ve taken this additional step to have questions asked by expert staff counsel to establish the most fair and respectful treatment of the witnesses possible."

Mitchell, who has been a prosecutor since 1993 and won several awards for her legal service, is currently on leave as the deputy county attorney in the Maricopa County Attorney’s Office in Phoenix and the division chief of the Special Victims Division, according to Grassley's office. She has overseen prosecutions of a variety of sex-related offenses, including child molestation, sexual assault, and domestic violence.

The county prosecutor's office is entirely distinct from the sheriff's office in Maricopa County, which was led by Joe Arpaio until last year.

Fox News has been told Grassley and Feinstein are expected to give opening statements to kick off Thursday's hearing, followed by Christine Blasey Ford, who would speak with no time limit.

That would be followed by a round of five-minute questioning periods for each senator, who could turn over questioning to other counsel. The process would repeat for Kavanaugh. 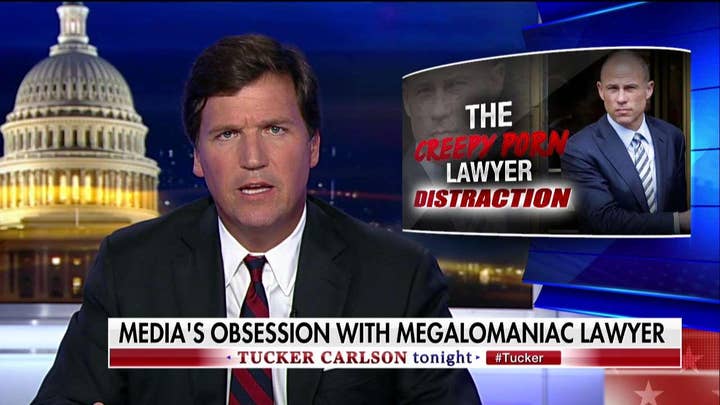 As recently as Monday night, Ford's attorneys have suggested that it would be inappropriate for outside counsel to ask questions.

Maine Republican Sen. Susan Collins, considered a key potential swing vote on Kavanaugh's confirmation, had suggested the use of outside counsel to question Ford last week, saying the optics of having the all-male Republican contingent from the Judiciary Committee doing so would be undesirable.

Kavanaugh has repeatedly denied all allegations against him. Deborah Ramirez, a former classmate of Kavanaugh's at Yale University who this week also accused him of sexual misconduct, reportedly has not responded to Judiciary Committee inquiries or White House overtures to also testify at the hearing.

The questioning Thursday will center on Ford's claim that Kavanaugh pinned her to a bed and tried to remove her clothes at a Maryland house party when they were teenagers. Ford has said she is unable to recall who owned the house or why there was a gathering there. According to Ford, who says she eventually escaped to a bathroom, Kavanaugh covered her mouth briefly as music blared.

"We’re in the Twilight Zone when it comes to Kavanaugh."

Ford told The Washington Post last week that there were a total of "four boys at the party" where the alleged episode occurred, and that two -- Kavanaugh and friend Mark Judge -- were in the room during her attack. She said that her therapist made an error by indicating she told him in 2012 that all four boys were involved.

Those boys purportedly included Kavanaugh, Judge and another classmate, Patrick Smyth -- all of whom have since denied to the Senate Judiciary Committee, under penalty of felony, any knowledge of the particular party in question or any misconduct by Kavanaugh.

However, a woman, Leland Ingham Keyser, a former classmate of Ford's at the Holton-Arms all-girls school in Maryland, has since been identified by Ford as the fourth witness at the party. In a dramatic twist, Keyser, who has never been describable as a "boy," emerged Saturday night to say she doesn’t know Kavanaugh or remember being at the party with him.

Washington Post spokeswoman Kristine Coratti Kelly told Fox News that Keyser went unmentioned in the original story on Ford's accusations because she was unreachable, and that the article was not intended to provide a comprehensive tally of everyone at the party.

GRASSLEY UNLOADS ON FEINSTEIN FOR SITTING ON ACCUSATIONS: 'I CANNOT OVERSTATE HOW DISAPPOINTED I AM'

"We didn’t name Keyser in the original story because we had not reached her for comment by that time, as the story indicates," Kelly said in an email. "The story never addressed how many girls were at the party. The story addressed the question of how many boys were in the room with her – in the context of Ford’s explanation for what she was said was an error in her therapist’s notes."

However, the letter sent by Ford to Sen. Dianne Feinstein, D-Calif., in July that outlined her allegations said: "The assault occurred in a suburban Maryland area home at a gathering that included me and four others."

Feinstein did not report that letter to her colleagues or federal authorities until earlier this month, after a leak describing the letter appeared in The Intercept. Republicans have accused Democrats of orchestrating that leak for political gain only days before a key vote on Kavanaugh's confirmation.

"We’re in the Twilight Zone when it comes to Kavanaugh," Sen. Lindsey Graham, R-S.C., told Fox News on Capitol Hill Monday. Later that evening, in an interview with Fox News' "Hannity," Graham said the allegations against Kavanaugh are "collapsing."

On Friday morning, Judiciary Committee Republicans have scheduled a vote on whether to recommend Kavanaugh's confirmation to the full Senate.

It is not necessary that the committee recommend Kavanaugh in order for him to be confirmed; in 1991, Clarence Thomas did not secure the committee's endorsement before ultimately being confirmed by a majority vote in the full Senate.