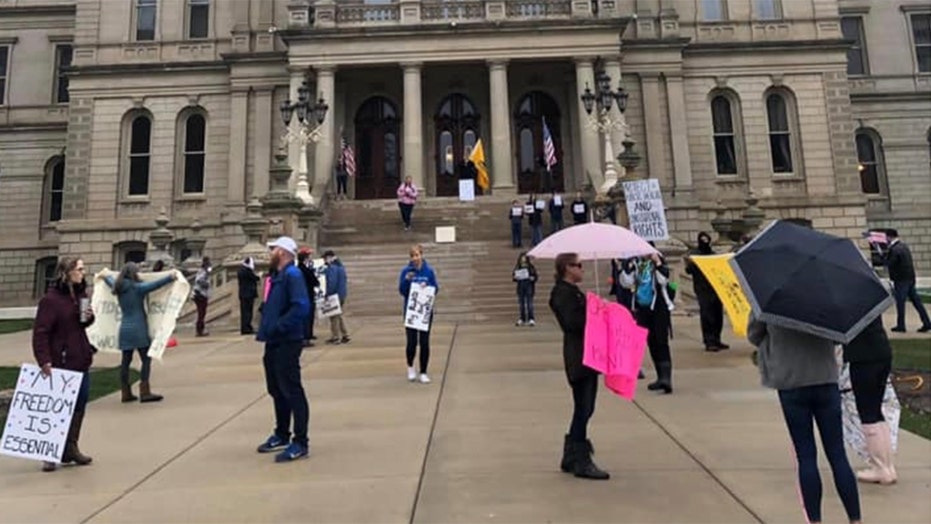 Michiganders protesting the state’s coronavirus lockdown restrictions made their way to the state House gallery on Wednesday before they were forcibly removed, a video posted on social media shows.

The area is usually open to the public, but the protesters were told the gallery was closed so that lawmakers and press could maintain social distancing when they take votes later Wednesday. Members of the public wishing to witness the session were directed to a livestream.

Three women were removed from the gallery. One could be heard shouting, “You’re not allowed to touch me!” and another fell to the ground as she was removed from the chamber by police and House security.

“Our government has no right to impede on our Constitution, they have no right to keep people prisoners in their own homes,” she said. “We have the right to know what’s going on beyond those doors.”

Michigan State Police 1st Lt. Darren Green said officers are interviewing those involved and plan to review video footage of the situation to create a report.

Michigan Gov. Gretchen Whitmer earlier this month expanded her state’s stay-at-home orders, which, among other things, prohibits residents from visiting family or friends with exceptions for providing care, bans public and private gatherings regardless of size or family ties, and places restrictions on what types of businesses may operate and in what capacity.

The order stirred up anger among some of Whitmer's constituents, with thousands of cars and trucks descending on the state capital of Lansing to protest them in a demonstration called “Operation Gridlock.” Another protest is planned for Thursday at the state’s capitol.

“Quarantine is when you restrict movement of sick people. Tyranny is when you restrict the movement of healthy people,” Meshawn Maddock, an organizer of “Operation Gridlock” with the Michigan Conservative Coalition, told Fox News. “Every person has learned a harsh lesson about social distancing. We don’t need a nanny state to tell people how to be careful.”

On Friday, the governor expanded her stay-at-home order to May 15 but loosened some of the restrictions beginning May 1. Residents will be allowed to travel between residences, but it will be “strongly discouraged.”