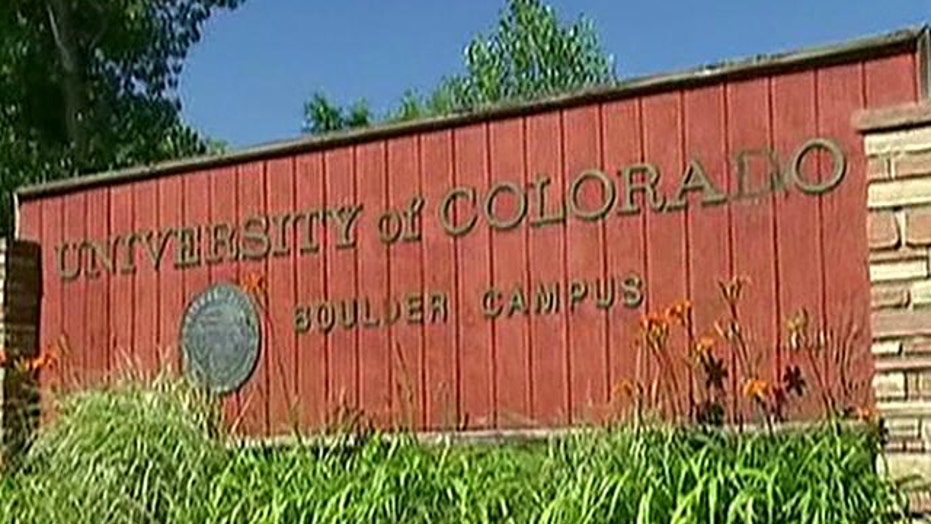 The University of Colorado, which has a reputation for liberal politics, has banned discrimination based on political affiliation -- giving greater protection to students and faculty who speak their minds while on campus.

The policy is believed to be a first for any public college or university, and could help protect campus conservatives who might fear retribution for expressing their views in the classroom, or in written assignments.

While the measure was sponsored by two Republicans, the change was unanimously passed by the entire Board of Regents.

Regent Sue Sharkey, who spent months working on the policy change, points out: "This just wasn't a Republican or conservative initiative. Rather, we as a board came together as Democrats and Republicans to be unified."

Sharkey says it covers students and faculty, "to ensure... we were honoring their First Amendment rights and they could speak out on their political views and not feel they would be discriminated against based on that."

She recounted hearing stories from members of the campus community who told her about feeling diminished or silenced, unable to comfortably express their views.

The regents have also passed a resolution to conduct a campus survey. The study is expected to take the temperature of the campus climate.

Sharkey explains it "will really take a look at discrimination and how pervasive is it. And rather than having just anecdotal stories from students or faculty, we really want to find out how broad this is."

The school is also home to the Ward Churchill scandal.

Churchill is a former professor who was fired after a protracted legal battle. He infamously referred to victims of the 9/11 attacks as "little Eichmanns" – a reference to the Nazi leader.

Attorney David Lane represented him. Asked for reaction to the anti-discrimination policy change, Lane does not mince words: "Well, I wonder where they were when Ward Churchill needed that protection, frankly.

“It's called the First Amendment ... but I fully support the concept that people should not lose their jobs, their government jobs on a government campus, like the University of Colorado, based on their ideas or their speech. I'm all in favor of that,” he said.

Now if someone feels discriminated against for their political views or affiliation, he or she will be able to file a complaint with the office of non-discrimination and have it investigated.