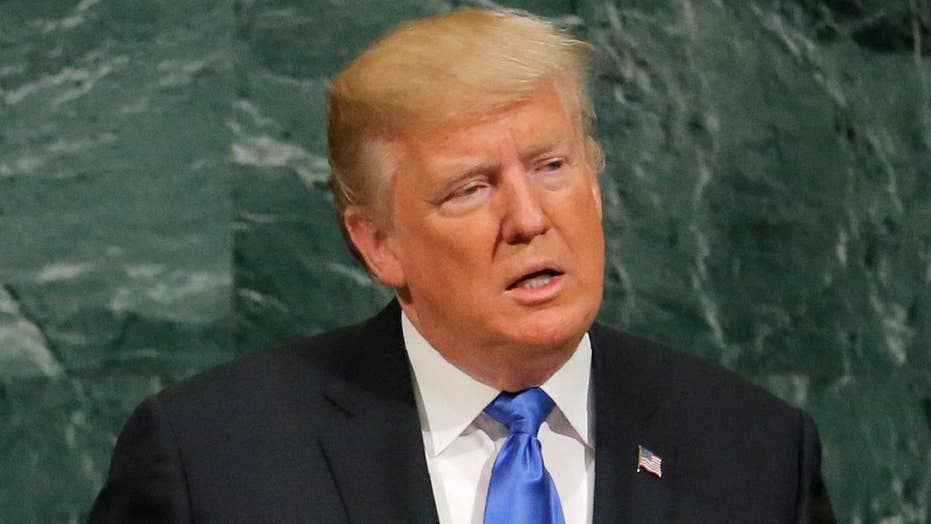 Trump at UN: Iran deal is an embarrassment to the US

President calls out 'reckless regime' in address to General Assembly

President Trump’s approval numbers have improved since striking a spending deal with congressional Democrats, ending an Obama-era immigration executive action and playing a visible role amid historic storms and flooding in recent weeks.

The president has a 43 percent approval rating, according to a NBC/Wall Street Journal poll released Thursday, which is 3 points higher than it was last month.

"Going to the middle has helped him with the middle — without costing him much from his own base," Democratic pollster Fred Yang, who conducted the poll, told NBC.

Likewise, a Politico/Morning Consult poll released Wednesday indicates Trump has a 43 percent approval rating, up from 39 percent in August, when the president faced criticism over his response to the white supremacist violence in Charlottesville, Va.

He also took several trips to Texas, Louisiana and Florida after Hurricanes Harvey and Irma battered those states.

“It’s impossible to attribute Trump’s small uptick in the polls to any or all of these events. His recovery is modest at best…But the data suggest that Trump, now at the eight-month mark of his presidency, has at least arrested the gradual decline that plagued him for the first seven of those months,” Politico wrote in its analysis of its poll.