In an interview clip released on Friday, Hunter Biden said that the laptop first reported on last fall by the New York Post "could" be his, potentially casting doubt on past comments from President Biden that he thought the laptop was Russian disinformation.

"For real, I don't know," Hunter Biden told CBS' Tracy Smith in response to a question about the origin of the laptop during an interview for "CBS Sunday Morning."

Smith then asked the younger Biden whether the laptop "could" be his.

HUNTER BIDEN CLAIMS HE DOESN'T KNOW IF LAPTOP IS HIS, REVEALS FATHER ONCE CHASED HIM DURING DRUG INTERVENTION

But President Biden previously said that the information on the laptop, details of which have been widely reported on – including Hunter allegedly introducing foreign oil executives to his father – was Russian disinformation.

"Yes. Yes. Yes," Biden told Fox News' Peter Doocy on Dec. 22 when asked if he thought the stories about his son – which were largely sourced from the laptop – were a Russian smear campaign. "God love ya man. You are a one horse pony."

Doocy's question did not specifically mention the word "laptop." But Biden in October also claimed that the laptop specifically was part of a Russian "disinformation... smear campaign."

"Do you believe the recent leak of material allegedly from Hunter's computer is part of a Russian disinformation campaign," Biden was asked on CBS' "60 Minutes."

"From what I've read and know, the intelligence community warned the president that Giuliani was being fed disinformation from the Russians. And we also know that Putin is trying very hard to spread disinformation about Joe Biden," the then-candidate said.

He added: "When you put the combination of Russia, Giuliani, the president together, that's just what it is. It's a smear campaign."

The Office of the Director of National Intelligence confirmed that Russia did interfere with the 2020 presidential election including with "influence operations" against Biden. And multiple outlets reported that Trump lawyer Rudy Giuliani, who was the source of the laptop, was a target of Russian operations.

But the U.S. intelligence community concluded last year that the laptop, which rocked the last few weeks of the presidential election, was not Russian disinformation.

This cover image released by Gallery Books shows "Beautiful Things" a memoir by Hunter Biden. Biden, son of President Joe Biden and an ongoing target for conservatives, has a memoir coming out April 6. The book will center on the younger Biden's well-publicized struggles with substance abuse, according to his publisher.  (Gallery Books via AP)

In October, former Director of National Intelligence John Ratcliffe said that the laptop "is not part of some Russian disinformation campaign."

"Let me be clear: the intelligence community doesn’t believe that because there is no intelligence that supports that," Ratcliffe also said.

Another senior federal law enforcement official at the time told Fox News that the emails on the laptop were "authentic."

Hunter Biden's interview with "CBS Sunday Morning," which is set to be released in full on Sunday, and another with "CBS This Morning" that will air Monday, come as he is promoting his memoir "Beautiful Things."

The interviews, according to CBS, will include information about the Department of Justice Investigation into Hunter Biden and his struggles with addiction.

President Biden has said he supports his son's book deal. 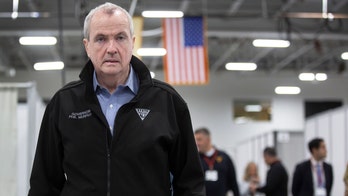 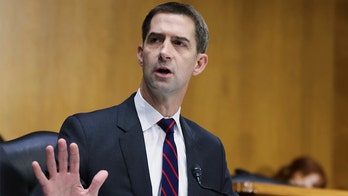