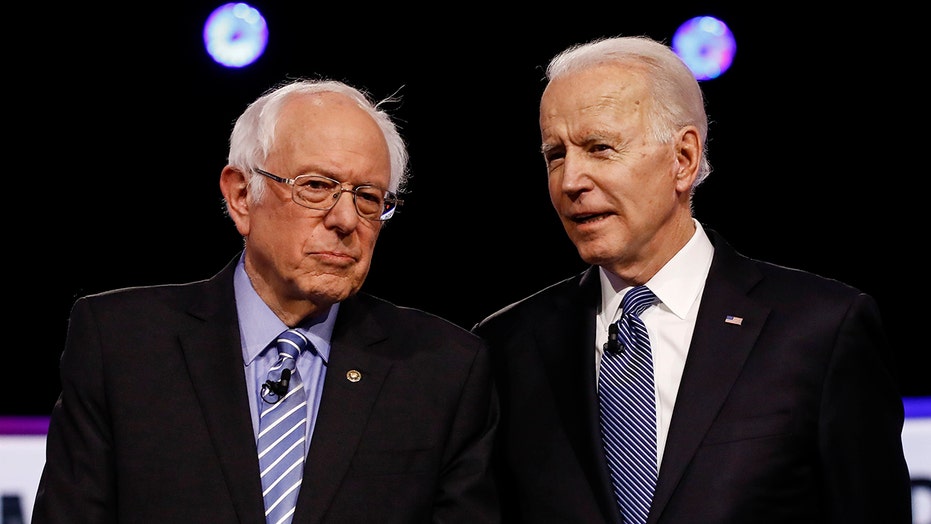 Will Democrats get what they want from Biden? Political analyst Tezlyn Figaro and attorney Alex Swoyer debate.

Atlanta Mayor Keisha Lance Bottoms, a potential vice presidential pick for presumptive Democratic nominee Joe Biden who is in charge of drafting the party's 2020 platform, said on Tuesday that the campaign for former presidential candidate Bernie Sanders has a significant influence in writing the document.

Lance Bottoms, who is the chair of the Democratic National Convention (DNC) Platform Drafting Committee, lauded the fact multiple sections of the party are represented in creating the document that will convey its official policy positions ahead of the 2020 election.

"What I most appreciated about the composition of the platform committee is that there was representation not just from the Biden campaign, but also from Senator Sanders' campaign," she said. "And really, a coming together of so many people who may have supported other candidates but have all aligned to work to create a platform that really reflects the best of who we are and the policies that reflect what we want across America. And I believe that our platform will do just that."

Atlanta Mayor Keisha Lance Bottoms, a potential Biden VP pick and the chair of the DNC Platform Drafting Committee, said that Bernie Sanders' campaign has a significant influence on the party's 2020 platform.

Lance Bottoms made the comments during a virtual event on gun violence for "Everytown for Gun Safety" and "Moms Demand Action," two prominent gun-control activist groups.

She added: "Some of the work will be us picking up where the Obama-Biden administration left off and some of it will be new work that will move us forward. And I believe the DNC platform reflects that work that is going to continue to move us forward."

Lance Bottoms' comments underscore the fact that Biden, who framed himself as a moderate for much of the primary campaign, has been working with those in the further-left wing of his party in an effort to unify it ahead of the general election campaign. A task force set up by the Biden campaign and Sanders earlier this month released a set of recommendations for the party platform that Biden called a "bold, transformative platform" and Sanders called "a good policy blueprint that will move this country in a much-needed progressive direction."

Sanders, as he dropped out of the race earlier this year, also said that he would still attempt to amass delegates for the party convention in an effort to ensure he and his supporters were sufficiently represented at the convention and in the party's platform.

Lance Bottoms has seen her profile rise in recent months as the mayor of a big city tasked with captaining Atlanta through not only a pandemic, but also protests and riots over racial inequality.

Just in the last few weeks, she has grabbed headlines for a legal dispute with Republican Georgia Gov. Brian Kemp about her city's mask mandate and a harsh reprimand she gave to her community over the murder of an 8-year-old girl near a Black Lives Matter protest site.

"Enough is enough," Bottoms said of the girl's murder. "Enough is enough. We have talked about this movement that's happening across America and this moment in time when we have the ears and the interests of people across this country and across this globe who are saying they want to see change. But the difference in this moment in time with the civil rights movement -- in the civil rights movement, there was a defined, common enemy. We're fighting the enemy within when we are shooting each other up on our streets."

The comments from Lance Bottoms on the diverse interests represented in the DNC's platform committee also come as it has been revealed in recent days that a number of Biden staffers, on social media, have endorsed defunding or dismantling police departments despite Biden's public stance against the move.

In one case, Fox News reported a videographer named Sara Pearl in June tweeted a meme urging people to stop calling police "pigs" – but only because unlike the police, pigs are "highly intelligent and empathetic animals who would never racially profile you."

She also tweeted "#DefundPolice" in June and said that Buffalo's police department should be "defunded immediately."

Fox News'  Adam Shaw and Gregg Re contributed to this report.