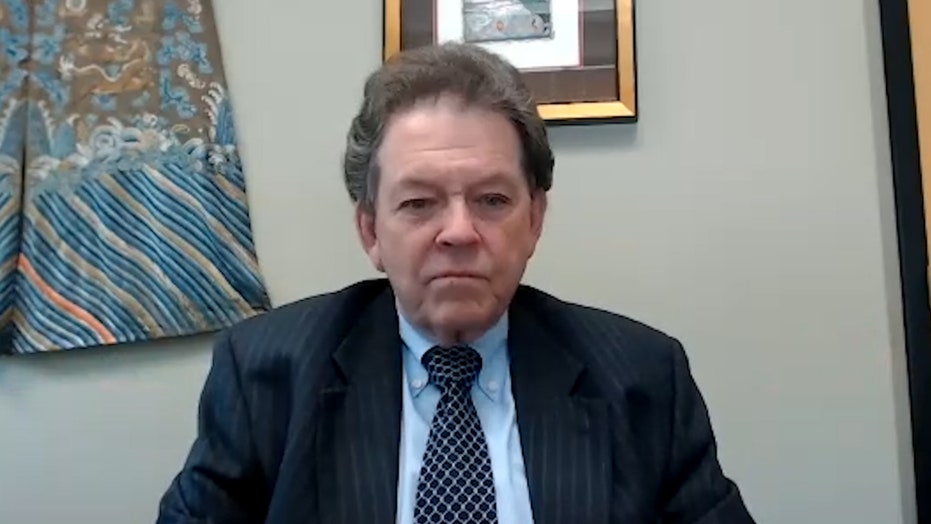 Art Laffer blasts Joe Biden's economic plan, 'they want to make all of us poor'

Art Laffer, a former economic adviser to Ronald Reagan, says the problem with Joe Biden’s recently released economic proposal is that it's anti-growth, as it taxes people who work and pays people who don’t work. Laffer says if implemented, Biden’s tax plan will do serious damage to the economy.

Shining a spotlight on care for some of the youngest and oldest Americans, former Vice President Joe Biden is proposing to provide universal pre-school for 3- and 4-year-old children, build new child care facilities, and expand access to a wider array of long-term care options for seniors.

The presumptive Democratic presidential nominee’s campaign says the plan, unveiled Tuesday, would cost $775 billion over 10 years. They say that it would be paid for by rolling back tax breaks for real estate investors with incomes over $400,000 and taking steps to increase tax compliance for high-income earners. 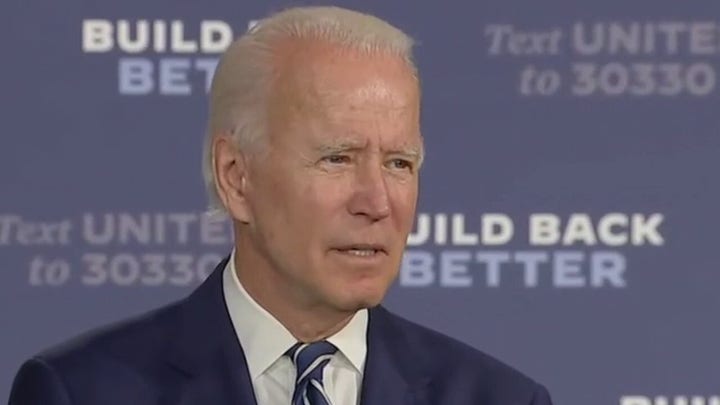 The campaign says that the plan would put 3 million Americans to work in new care and education jobs. They predict that if enacted, it would increase overall employment by about 5 million after taking into account the economic impacts of increased labor force participation after unpaid caregivers are freed up to pursue paid careers.

“The pandemic has laid bare just how hard it is for people in this country to find access to quality caregiving they need for themselves, or to juggle the responsibilities of working and also caring for family members. People in nursing homes have been hit especially hard by the coronavirus, shining a bright light on the fact that many would prefer to be in a home or community-based setting,” a senior campaign official said.

The official also emphasized that “many parents are struggling to find child care while they go to their essential jobs, or find themselves as 24/7 caregivers trying to keep their children safe and learning while working remotely. Other parents are caring for their kids, while worrying about how they will make ends meet after having hours cut or losing their jobs.”

The proposal is the third part of a larger so-called “Build Back Better” economic recovery plan that Biden has rolled out over the past few weeks. He’s also called for spending $700 billion on American products as part of an economic nationalism plan – and a clean energy plan to eliminate all carbon pollution from power plants within 15 years.

The program is aimed at stimulating an economy flattened by the coronavirus pandemic and at restoring the jobs lost since the outbreak swept the nation, while creating more.

Taking aim at the former vice president’s latest plan, Trump campaign rapid response director Andrew Craft charged that “Biden is proposing yet another nearly $800 billion in federal spending disguised as an economic plan, on top of the $2 trillion spending he proposed just last week – all while purposefully killing millions of good-paying union jobs and then demanding middle-class Americans foot the bill.”

Biden highlighted the plan during a speech Tuesday afternoon in New Castle, Del., close to his home in neighboring Wilmington.

The former vice president emphasized that "the last few months has only underscored how vital it is for families and older Americans to have more home care and community care – choices that fit their real needs. You know we’re trapped in a caregiving crisis within an economic crisis within a health care crisis."

During the speech, Biden once again criticized the president's performance combating the coronavirus.

"For all his bluster about his expertise on the economy, he’s unable to explain how he’ll actually help working families hit the hardest. You know he’s quit on you. He’s quit on this country," Biden charged. 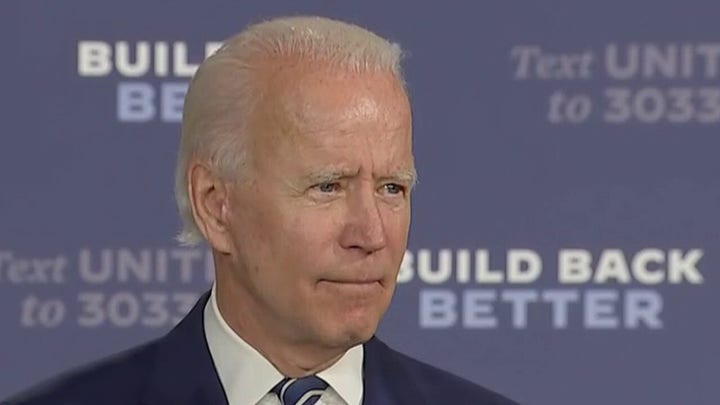 Biden's proposal calls for allocating $450 billion to give more people the choice to receive care at home or in supportive community situations, eliminate the current waitlist for home and community services under Medicaid, establish a fund to help expand home and community-based alternatives to institutional care, add 150,000 community health care workers to the workforce, and create a Public Health Jobs Corps.

The plan spotlights Biden’s previous calls for providing all 3- and 4-year-olds access to free, high-quality pre-kindergarten and offering low-income and middle-class families an up to $8,000 tax credit to help pay for child care. It would also ensure families with school-aged children have expanded access to after-school, weekend, and summer care. And it aims to provide access to affordable, high-quality child care on a sliding scale for low-income and middle-class families who would prefer this option over the tax credit for young children.