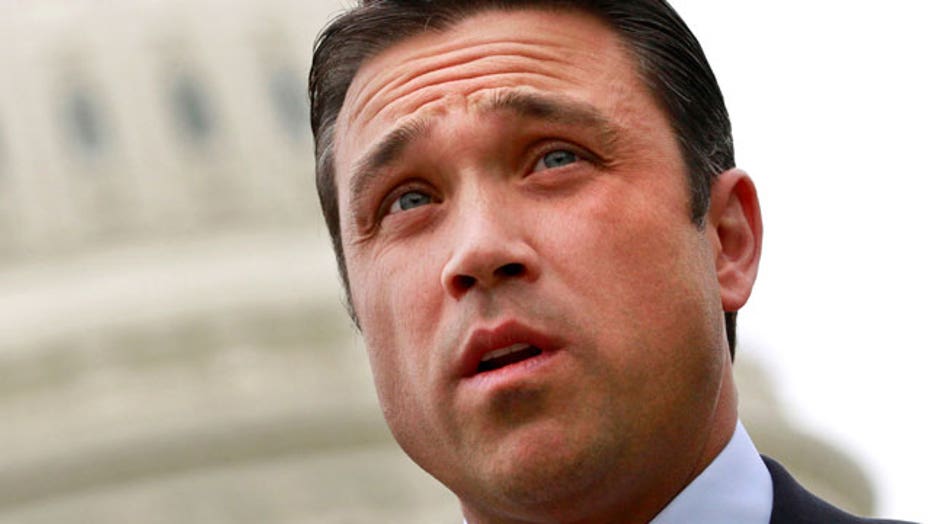 Grimm was caught on camera threatening to throw a reporter over a balcony and break him "in half" -- after the reporter asked him about a campaign finance investigation. Grimm has since apologized to NY1's Michael Scotto, and Scotto tweeted Wednesday that he "accepted his apology."

But a congressional source told Fox News that it doesn't necessarily matter whether Scotto wants to press charges.

It is unclear what officials will decide. But the U.S. Attorney's Office for the District of the Columbia is conferring on the matter with law enforcement, a discussion fueled in part by the fact this occurred on federal property. The D.C. statute in question pertains to "threatening to do bodily harm."

A source familiar with the issue said Grimm's stature as a lawmaker does not exempt him.

The U.S. Attorney's Office would not confirm the conversations and had no comment as of Thursday morning.

The House Ethics Committee could also take action. However, only another lawmaker can bring an ethics charge against a colleague before that committee.

The committee has already backed down twice on any inquiry into Grimm's campaign finance issues as federal officials currently study the case.

Grimm had the confrontation with Scotto after the State of the Union address. The clip went viral and repeatedly was played on cable news channels on Wednesday.

"I was wrong. I shouldn't have allowed my emotions to get the better of me and lose my cool," Grimm said in a written statement. "I have apologized to Michael Scotto, which he graciously accepted, and will be scheduling a lunch soon. In the weeks and months ahead I'll be working hard for my constituents on issues like flood insurance that is so desperately needed in my district post Sandy."