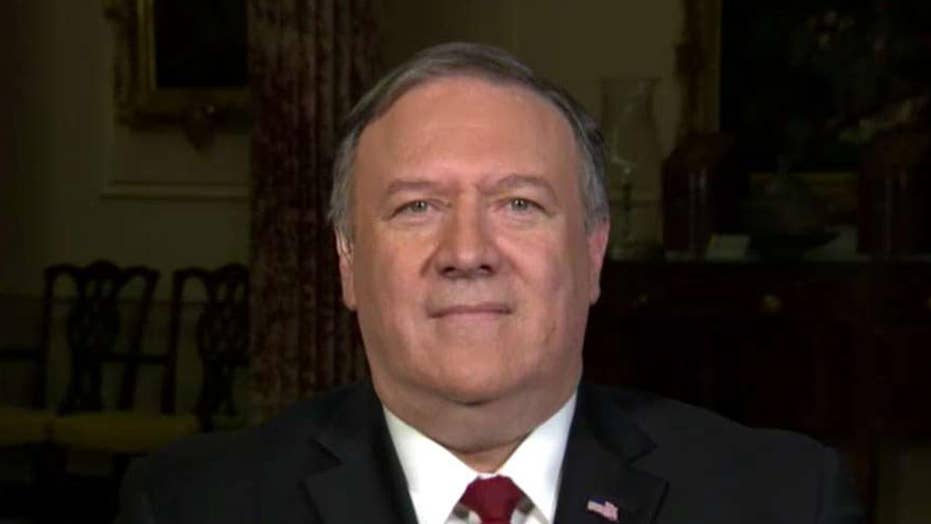 Pompeo: The quest for freedom is on in Venezuela

Secretary of State Mike Pompeo revealed he's started laying the groundwork for a second top-level summit between the United States and North Korea, telling Fox News on Wednesday night that “we’ll have a summit” by the end of February.

In his interview with Sean Hannity, Pompeo said he's already sent a team to an undisclosed area in Asia to lay the “foundations” for a second meeting between President Trump and North Korean leader Kim Jong Un.

“They’re headed that way now to lay the foundations for what I hope will be a substantial, additional step towards the path for, not only denuclearization of the peninsula, but a brighter future for the North Korean people.”

He continued: “I think we’ll have a summit at the end of the month, that’s the plan. That’s what the North Koreans have now agreed to. That’s what we’ve agreed to with them as well.”

Pompeo commended Trump, saying it was his administration that made the progress between the U.S. and North Korea possible.

“I think it took President Trump to convince Chairman Kim that of all the commitments he made this past June in Singapore, now it’s time for my team and all of the United States government to work with the North Koreans to execute that and to deliver on our commitment to denuclearize that peninsula.”

He said Kim has told the U.S. he's "prepared" to denuclearize. 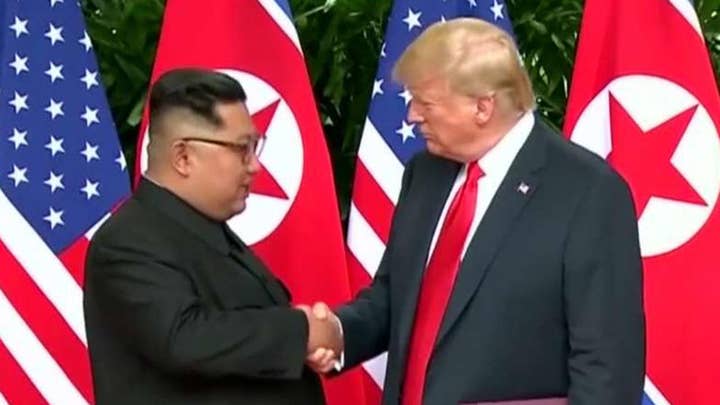 “Having chance to be the director of the CIA, I think the intelligence supports that Iran presents a real risk and that they have the capability to enrich nuclear material ... they have increasing capacities and continue to work towards improving their missile program.”

He noted that just last week Iran attempted to launch a “space launch vehicle” which could help the rogue nation deliver on its controversial missile program.

"These are all components that lead us to a place where they could one day have a system that threatens America, and President Trump’s made clear we’re not going to tolerate that. We’re not going to let Iran end up where North Korea is a today, and we have a set of policies in place to prevent that.”

Pompeo also said Trump was expected to make a "significant announcement" at his State of the Union address next week on the Islamic State terror network and U.S. troop withdrawal from Syria.

“In spite of the enormous progress we’ve made and the success we’ve had... the threat from radical Islamic terrorism is real and we need to continue to do all that we can to make sure there’s not a resurgence of ISIS.”

WHY RUSSIA, CHINA ARE FIGHTING U.S. PUSH AGAINST VENEZUELA’S MADURO 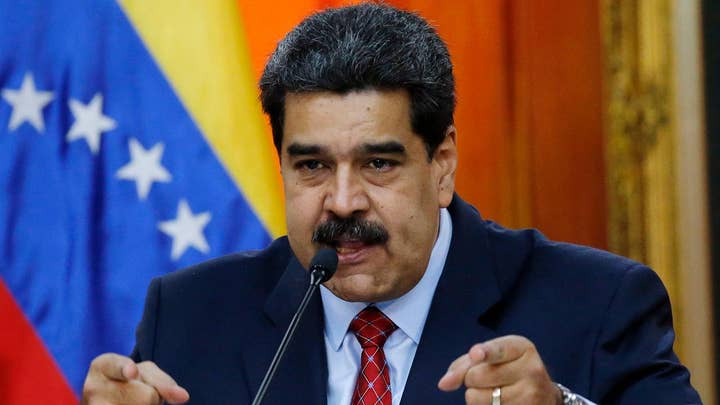 Pompeo briefly spoke about the escalating conflict in Venezuela, telling Fox News, “The quest for freedom is on.”

He said the United States has been prepared to support the Venezuelan people in their search for “freedom” and “democracy.”

“This is a once wealthy nation with enormous natural resources and yet we have a humanitarian crisis,” he said. "This is a catastrophe, a man-made catastrophe by the Maduro regime.”