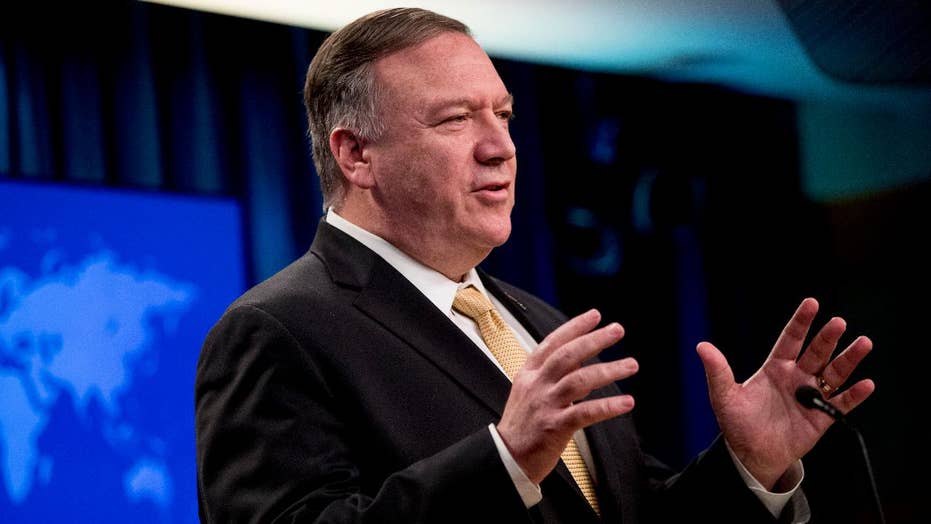 More than 100 Democrats sent a letter to Secretary of State Mike Pompeo on Thursday rebuking the State Department’s decision to stop considering Israeli settlements a violation of international law.

Rep. Andy Levin, D-Mich., wrote the letter to Pompeo on Thursday “strongly” urging him “to reverse this policy decision immediately.”

The letter, which expressed “strong disagreement” with the State Department’s policy shift, was signed by 107 of the 233 Democrats in the House, including Rep. Ilhan Omar, D-Minn., Rep. Rashida Tlaib, D-Mich., and Rep. Maxine Waters, D-Calif.

Only seven of the 23 Jewish lawmakers signed the letter, The Jerusalem Post noted.

The letter read, “In ignoring international law, this administration has undermined America’s moral standing and sent a dangerous message to those who do not share our values: human rights and international law, which have governed the international order and protected U.S. troops and civilians since 1949, no longer apply.”

Levin, who is Jewish, said he recently visited Israel and the West Bank and returned from his trip with confidence that a two-state solution was within reach.

Pompeo’s announcement Monday that the U.S. government would ease its stance on Israeli settlements was the latest move by the Trump administration to bolster Israel’s position and undermine Palestinian claims regarding land sought for a future state.

The administration essentially rejected a 1978 State Department legal opinion holding that civilian settlements in the occupied territories were “inconsistent with international law.” Pompeo also said the White House was reversing an Obama administration directive that allowed the U.N. Security Council to pass a resolution declaring the settlements a “flagrant violation” of international law.

The State Department did not immediately respond to Fox News’ request for comment.

While the new announcement received praise from Israeli officials, including Israel’s Prime Minister Benjamin Netanyahu who called it “historic,” much of the international community did not take the news favorably.

In a statement sent to Fox News last week, Vice President of the European Commission Federica Mogherini said, “The EU will continue to support a resumption of a meaningful process towards a negotiated two-state solution, the only realistic and viable way to fulfill the legitimate aspirations of both parties.”

Last week at a briefing on the Middle East, Security Council members decried the U.S. policy shift on Israeli settlements, calling them illegal and saying they undermined a potential two-state solution.

On Friday, an annual gathering of thousands of Jewish people in the West Bank city of Hebron took on a special meaning, officials said. (IDF)

An annual gathering of thousands of Jewish people in the West Bank city of Hebron, which honored a biblical matriarch of the Jewish people buried in the city, took on a special meaning this year, settler leaders said of the Friday night event.

Yishai Fleisher, the international spokesman for the Jewish community of Hebron, told Fox News, “We took time to honor President Trump and the administration and to be appreciative of that brave declaration of truth,” referencing Pompeo’s announcement last week.

Fleisher tweeted on Friday, “35,000 indigenous Jews make #pilgrimage to the Judean city of #Hebron and honor @realDonaldTrump & Administration for supporting our right to live in the ancestral homeland!!”