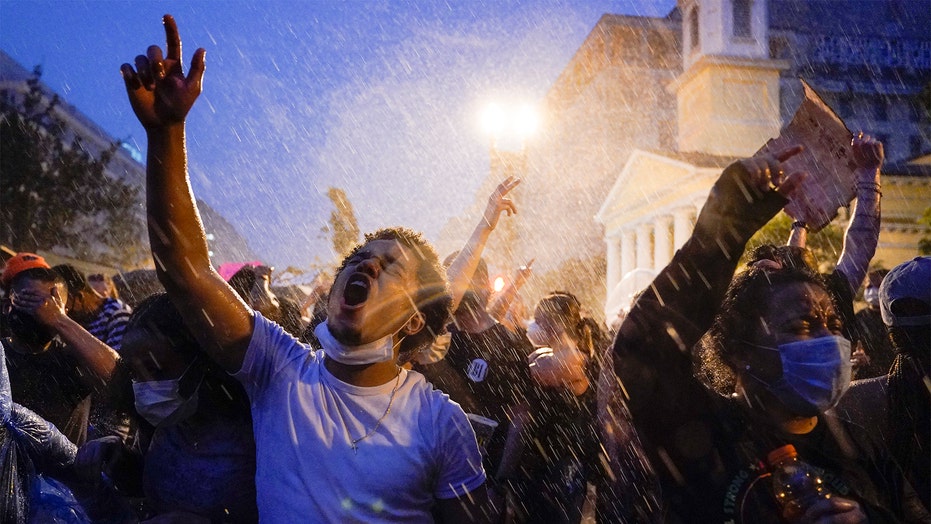 Politicians across the country are hearing the cries of protesters and making range of statements and actions, from a push to defund police departments entirely to more targeted actions to reform.

Protests and riots against police brutality have happened around the country for over a week following the death of George Floyd, with protesters accusing politicians of ignoring “systemic racism” up until this point.

Here are some of the police reforms politicians have suggested across the country:

The House Judiciary Committee will host a June 10 hearing to tackle racial profiling, police brutality and the fractured relationship between police departments and the communities they serve, marking the first step for the House to pass police reform legislation.

The committee hearing comes as House Speaker Nancy Pelosi, D-Calif., said Thursday that Democrats will put forth "comprehensive" legislation in the coming days to address these issues.

"Many of these bills have been in the hopper. And now with all the public exposure of it, we have a better chance of getting them turned into law," Pelosi said Thursday in a call with reporters.

She said this moment in history is unlike any other to enact police reform.

“This is something completely different," Pelosi said. "We have reached ... an inflection point. This was like a tinderbox. It has changed everything."

Joe Biden vowed this week that if elected president to create a national police oversight commission during his first 100 days in the Oval Office. He said that the federal government needs to give the cities and states tools and resources to implement police reforms.

“We all need to take a hard look at the culture that allows for the senseless tragedies that keep [happening]. And we need to learn from the cities and precincts that are getting it right,” he added.

This has led to tensions between groups that long tried to ally with Biden.

The executive director of a national group that represents more than 200,000 police officers, Bill Johnson, took aim at Biden, saying the presumptive Democratic presidential nominee has kept “moving left” and has gone “off the deep end” with his calls for law enforcement reforms.

Los Angeles Mayor Eric Garcetti said Wednesday he tasked the city to “identify $250 million in cuts” and instead invest that money in communities of color and “people who have been left behind."

The city will try and cut between $100 million to $150 million from its police budget alone, according to LA Times reporting. Garcetti said it is incumbent on the city to “step up and say, ‘What can we sacrifice?’”

Garcetti said that he will offer more specifics at a later press conference but said the money will be distributed “now, not years from now.”

“It’s time to move our rhetoric towards action to end racism in our city,” he said, according to Deadline. “Prejudice can never be part of police work. … It takes bravery to save lives, too.”

New York Gov. Andrew Cuomo said his state is looking to pass police reform legislation as soon as next week. The governor unveiled the "Say Their Name" legislation, which consists of four parts: addressing law which shields past disciplinary records of police known as 50-A, outlawing chokeholds, making false race-based 911 calls subject to hate crime prosecution and appointing the state attorney general as an independent investigator into allegations of police abuse.

California Democratic state Sen. Scott Wiener tweeted Thursday that he would not accept any contributions to his reelection campaign from law enforcement unions and would donate those he's gotten so far to nonprofits "serving at-risk youth of color.”

Wiener’s opponent, Jackie Fielder, in recent days has prodded Wiener over his past acceptance of donations from police unions, and as early as December she was decrying police unions' influence on elections.

She challenged Weiner earlier this week to give the donations he's received from police union organizations to "bail funds and mutual aid orgs.”

California Attorney General Xavier Becerra on Friday announced a policing plan to reform Vallejo police practices, following the death of Sean Monterrosa, 22, who officers days ago thought had a gun which later turned out to be a hammer.

"The review will aim to support effective policing through improvements in use-of-force procedures, anti-bias and community policing, and accountability by focusing on training, policy, and transparency in alignment with national standards, best practices, current and emerging research and community expectations," the attorney general's office said in a statement.