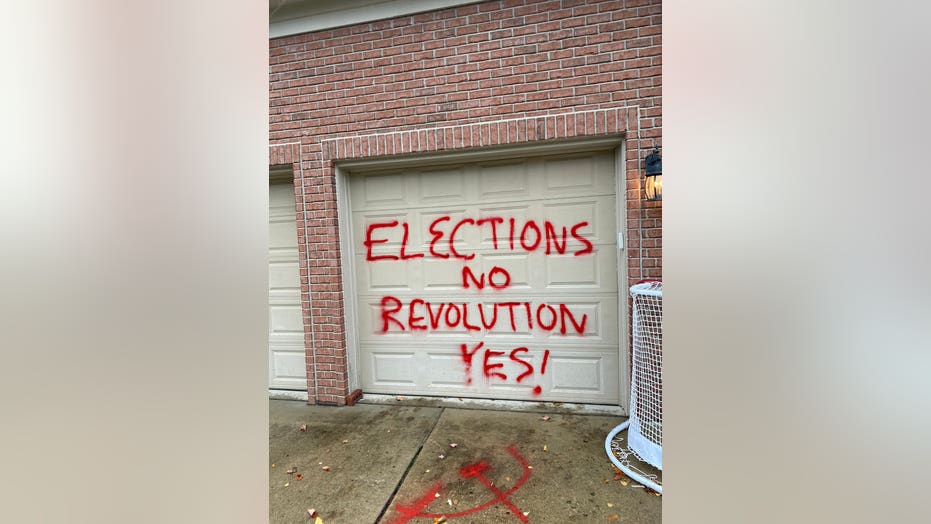 The Federalist’s Chris Bedford discusses the state’s importance ahead of Trump’s rally in Newtown, Pa.

"My house was vandalized last night by cowards under the cover of darkness," Parnell wrote on Twitter. "This is what is at stake in this election. We all must fight for our country and we must do it NOW. I will not cower. I will not back down. I will always fight for this nation."

A photo shared by Parnell shows his garage door spray-painted with the message "Elections No Revolutions Yes!" as well as an image of a hammer and sickle, a symbol associated with communism.

"Regardless of political party, those that choose to run for office do so because they believe they can help the country. It is perfectly reasonable to disagree with each other and with political candidates, but the way to do that is at the voting booth," Parnell said in a statement issued Sunday. "I believe that we are at an important point in our great nation's history and I most assuredly stand against socialism, violence, and destruction."

He added that he hopes the American people can "respect our system of choosing our representatives in a peaceful and dignified way and no matter who we support and oppose."

"We do it with our vote, and not through destruction of property and violence to our fellow Americans," he said.

Parnell, a U.S. Army veteran, is running against incumbent Democratic Rep. Conor Lamb for a seat that the Cook Political Report currently rates as "leans Democratic."

Pennsylvania is a key state for both Republicans' and Democrats' path to an election victory, holding 20 electoral votes. According to the latest average of polls by RealClearPolitics, Democratic presidential nominee Joe Biden leads President Trump by an average of 4 percentage points.

As of Sunday, the United States Elections Project estimates more than 2.3 million people have cast votes early in the Keystone State.