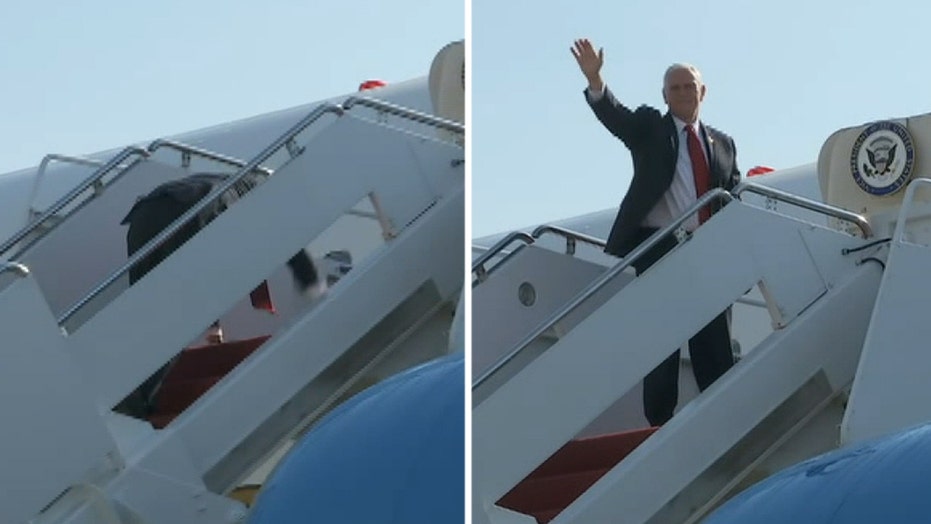 Raw video: Vice President Pence stumbles onto all fours while boarding Air Force Two before bouncing back up and giving thumbs up to the press and entering the plane.

Vice President Mike Pence took a spill while he was climbing the stairs to board Air Force Two on Tuesday morning but appeared to be just fine, recovering and indicating that nothing was wrong.

As he reached a landing near the top of the portable staircase, Pence tripped and fell but quickly gathered himself and gave a thumbs up to observers.

Pence was en route to Wisconsin, where he is scheduled to attend a roundtable discussion on school choice with Education Secretary Betsy DeVos.

"No family in America should be denied the ability to choose their child’s school because of their zip code or income," Pence tweeted Monday, while announcing Tuesday's journey.

The vice president is not the first to stumble on the steps getting on or off Air Force Two. In 2018, he assisted Belinda Culberson, wife of then-Rep. John Culberson, R-Texas, who had tripped while getting off the stairs after disembarking.