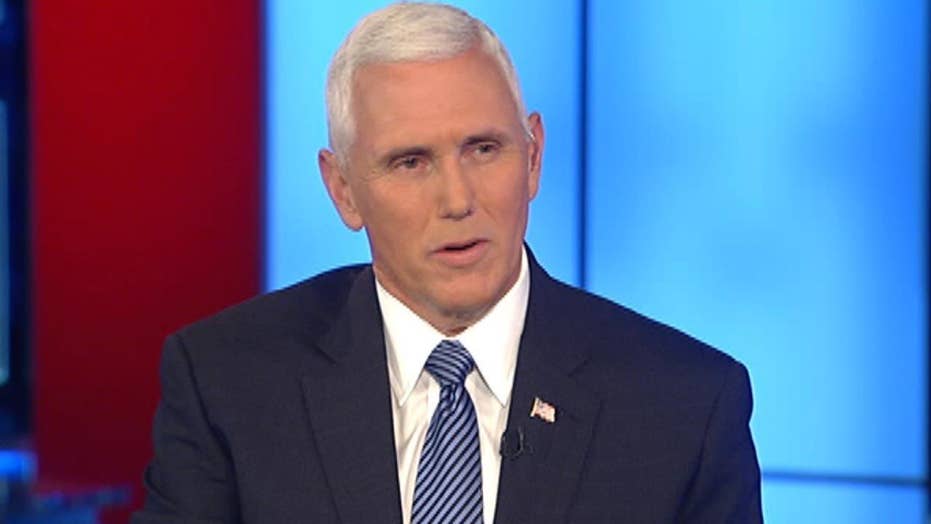 On 'Hannity,' Donald Trump's running mate discusses the safety and security of the American people

“I am very supportive of Donald Trump’s call to temporarily suspend immigration from countries where terrorists represent a threat to the United States,” Pence said.

Trump announced on Twitter earlier that Pence would be his running mate.

Pence seemed to back off a previous statement he made on Twitter in 2015, bashing Trump’s call to temporarily ban Muslims from immigrating to the U.S. after the San Bernardino, Calif. terror attack.

Instead, Pence insisted that “we got to do something different.” He added that because top U.S. security officials have all said that Islamic State have used the refugee crisis to infiltrate the West, that’s why Trump’s call made sense.

“The American people need to know who these people are,” he said. “We have a proud tradition of refugee resettlement in my own state of Indiana … but that has to be subordinated to the safety and security of the American people.”

He took a jab at the presumptive Democratic nominee Hillary Clinton, calling her plan to increase the number of refugees in the U.S. “irresponsible” given the state of the world. He noted that President Obama temporarily suspended the Iraqi refugee program in 2009 when two Iraqi refugees were found to be plotting an attack in Kentucky.

Pence said the Trump can be the leader that the U.S. needs. He believes that at the GOP convention next week in Cleveland that more people will start to rally around Trump.

“He’s the people’s choice. We had a competitive primary with enormous number of talent and Donald Trump emerged because he understands the anxiety and aspirations of the American people.

“He’s a good man and will be a great president of the United States.”