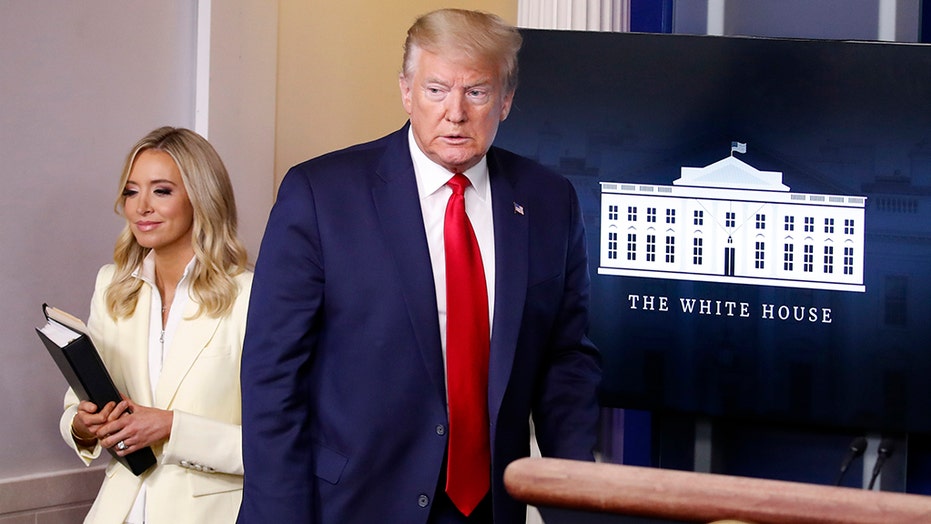 A former adviser to Vice President Mike Pence who served on the coronavirus task force claims President Trump once said coronavirus might be a good thing because he wouldn’t have to shake hands with “disgusting people.”

Olivia Troye left Pence’s team in August, but before that worked as Homeland Security, counterterrorism and coronavirus adviser for him for two years. She said that by mid-February the White House knew COVID-19 would become a pandemic.

In an ad by Republican Voters against Trump, Troye said Trump remarked in a coronavirus task force meeting: “Maybe this COVID thing is a good thing. I don’t like shaking hands with people. I don’t have to shake hands with these disgusting people.”

“I have been a Republican my entire life,” she said. “I am voting for Joe Biden because I truly believe we are at a time of constitutional crisis. At this point it’s country over party.”

“The truth is he doesn't actually care about anyone else but himself,” she said, adding that Trump was most concerned about tanking the economy in an election year.

PENCE SAYS TRUMP WAS 'STRAIGHT' WITH AMERICANS ON CORONAVIRUS THREAT

The White House adamantly denied the  exchange, with White House spokesperson Judd Deere saying “her assertions have no basis in reality and are flat-out inaccurate."

Deere said Troye was “disgruntled” and that she generally watched task force meetings from an overflow staff room and was never in private meetings with the president.

Keith Kellogg, Pence's national security adviser, said Troye was resentful of being let go from the administration. “Ms. Troye is a former detailee and a career Department of Homeland Security staff member, who is disgruntled that her detail was cut short because she was no longer capable of keeping up with her day-to-day duties.”

He said Troye reported to him and never once expressed concern about the administration’s response to the pandemic.

"By not expressing her concerns, she demonstrated an incredible lack of moral courage," Kellogg said.

Trump, a self-described “germaphobe,” has expressed distaste for shaking hands since long before his foray into politics.

Over the years he’s called the practice “barbaric,” “disgusting,” “very, very terrible” and “one of the curses of American society.” But he continued shaking hands until mid-March, after health officials recommended against doing so.

Troye also said she would be skeptical of any vaccine released before the election in an interview with The Washington Post.

“I would not tell anyone I care about to take a vaccine that launches prior to the election,” she said. “I would listen to the experts and the unity in pharma. And I would wait to make sure that this vaccine is safe and not a prop tied to an election.”

“The president’s rhetoric and his own attacks against people in his administration trying to do the work, as well as the promulgation of false narratives and incorrect information of the virus, have made this ongoing response a failure,” Troye told the Post.

Troye said she’d voted Republican in every election except for 2016 because she didn’t like the president’s rhetoric. She said she accepted Trump’s win and took a job with his presidency with optimism because she respected other Trump officials, such as Pence.

“I still have a lot of respect for the vice president,” she said. “I worked very loyally for him to do everything I could for him. I don’t want this to become a speaking-out-against-him thing.”

Pence, when asked about her comments, said “it reads to me like one more disgruntled employee that has decided to play politics during election year.”