Speaker of the House Nancy Pelosi, D-Calif, Tuesday looked to distance the Democratic party from any suggestion it was anti-Semitic after freshman lawmaker Rep. Ilhan Omar, D-Minn., publicly criticized Israel and its leadership.

Addressing the annual American Israel Public Affairs Committee (AIPAC) in Washington, Pelosi stressed that Democrats remain “relentlessly bipartisan” in support of Israel and that no one should be allowed to make it “a wedge issue,” World Israel News reported.

“From Israel’s founding through the present day, our pledge remains the same: Israel and America are connected, now and forever," she said. "We will never allow anyone to make Israel a wedge issue, to be anti-Semitic is to be anti-American.”

Omar, a Somali-American and one of two Muslim women in Congress, posted on Twitter in 2012 that “Israel has hypnotized the world, may Allah awaken the people and help them see the evil doings of Israel.” She drew condemnation in February, even from fellow Democrats, after she implied that Jewish politicians in the U.S. were bought. 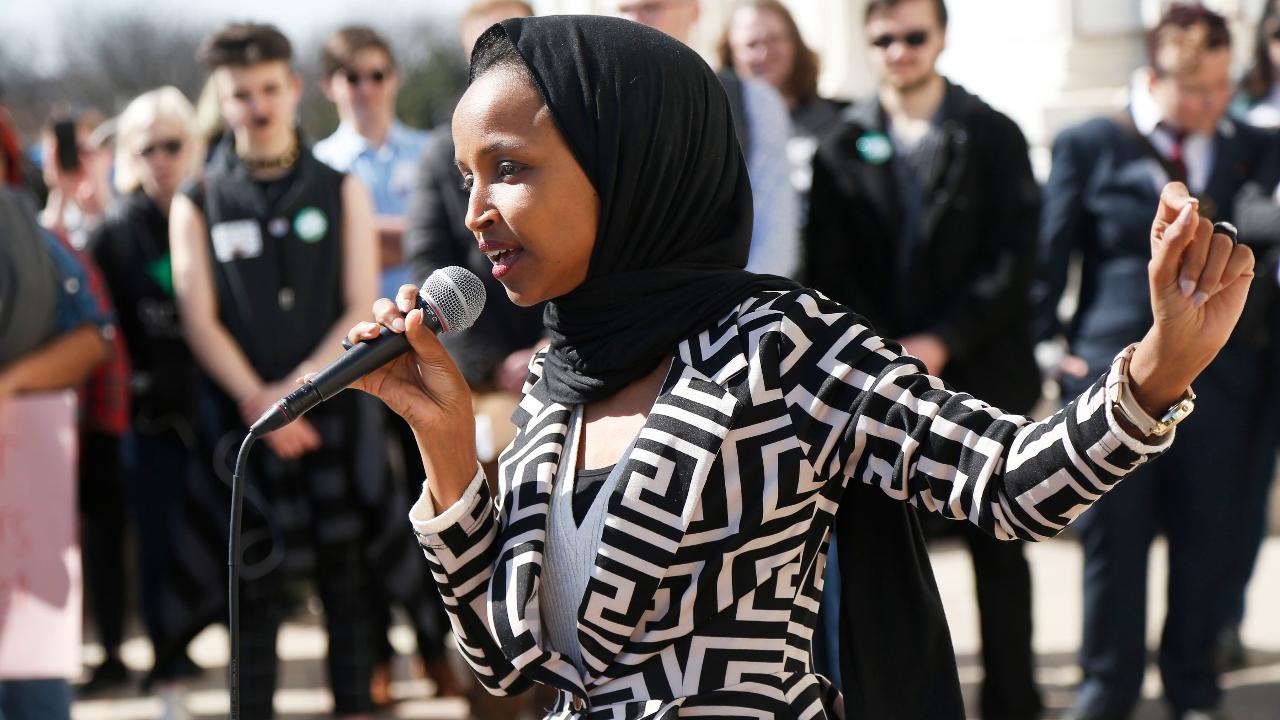 Omar re-ignited the flames later that month when she once again suggested that groups supportive of Israel were pushing members of Congress to have "allegiance to a foreign country."

PELOSI SAYS OMAR ISN’T ANTI-SEMITIC: ‘I THINK SHE HAS A DIFFERENT EXPERIENCE IN THE USE OF WORDS’

Pelosi addressed the controversy Tuesday, saying, “In our democratic societies, we should welcome legitimate debate on how to best honor our values and advance our priorities – without questioning loyalty or patriotism.”

She took more direct aim at Omar when she condemned the Boycott, Divestment and Sanctions movement (BDS) as “dangerous” and "bigoted" - a movement Omar publicly supports, The Hill reported.

“We must also be vigilant against bigoted or dangerous ideologies masquerading as policy, and that includes BDS,” Pelosi said.

As a result of Omar’s remarks, the House passed a bipartisan resolution earlier this month condemning racist and anti-Semitic comments. The bill failed to name Omar.