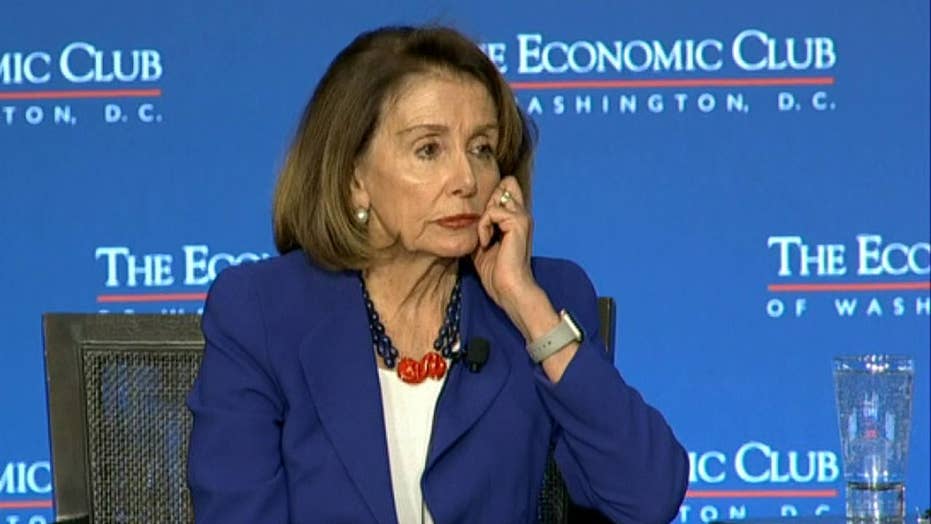 Nancy Pelosi speaks in a moderated discussion at The Economic Club of Washington D.C.

“I don’t think our colleague is anti-Semitic, I think she has a different experience in the use of words, doesn’t understand that some of them are fraught with meaning that she didn’t realize,” Pelosi said.

Pelosi defended the congresswoman a day after the House passed an anti-hate resolution, prompted largely by a series of perceptibly anti-Semitic comments made by Omar.

Omar -- whose comments about Israel were already condemned -- also took aim at former President Obama in an interview with Politico on Friday, saying his message of “hope” and “change” was a “mirage.”

“Recalling the ‘caging of kids’ at the U.S.-Mexico border and the ‘droning of countries around the world’ on Obama’s watch," Omar charged that Obama "operated within the same fundamentally broken framework as his Republican successor,” the piece read.

“We can’t be only upset with Trump… His policies are bad, but many of the people who came before him also had really bad policies," Omar reportedly said. "They just were more polished than he was."

“And that’s not what we should be looking for anymore. We don’t want anybody to get away with murder because they are polished. We want to recognize the actual policies that are behind the pretty face and the smile,” she said.

Fox News’ Gregg Re and Liam Quinn contributed to this report. 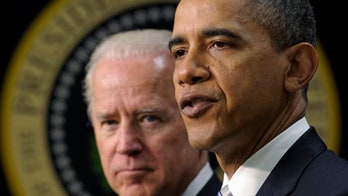