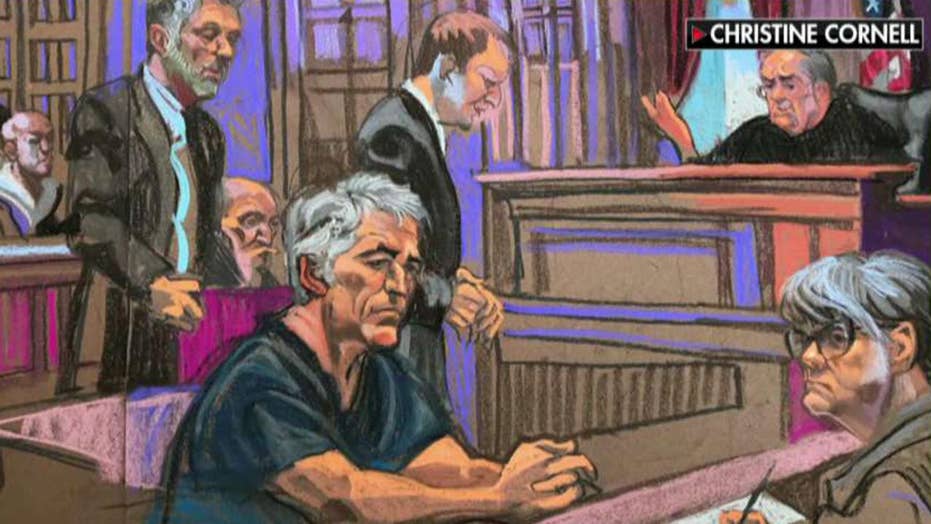 House Speaker Nancy Pelosi late Monday called on Labor Secretary Alexander Acosta to step down for what she called an “unconscionable agreement” with Jeffrey Epstein, who was charged earlier with sex trafficking in New York City federal court.

Acosta, who was a U.S. attorney in Miami back in 2008, helped Epstein secure a plea deal that resulted in an 18-month sentence. He served 13 months. The deal was criticized as lenient because he could have faced a life sentence.

Pelosi said in a tweet late Monday that Acosta’s agreement with Epstein was kept from his “young victims” and prevented them from seeking justice. She said Trump was aware of the background when Acosta was appointed.

Acosta negotiated a deal that resulted in two state solicitation charges—a felony—and resulted in county jail. There were no federal charges. The Washington Post reported that Epstein was allowed to work from his office six days a week. The alleged victims were not told about the deal, the report said.

The Herald’s editorial said that in 2008, Acosta kept the alleged victims out of the process and failed to "even inform them of his lenient plea deal with Epstein. In February, U.S. Judge Kenneth Marra ruled that Acosta’s office broke the law by not telling Epstein’s victims of the sweetheart deal. In contrast, [U.S. Attorney Geoffrey] Berman, has issued a public call for women to contact his office to help him build his sex-trafficking case against Epstein.”

Acosta has defended the plea deal as appropriate under the circumstances, though the White House said in February that it was “looking into” his handling of the deal.

Epstein, the 66-year-old hedge fund manager, was charged in a newly unsealed federal indictment with sex trafficking and conspiracy during the early 2000s. He could get up to 45 years in prison if convicted. Prosecutors alleged that Epstein, who was arrested on Saturday, preyed on "dozens" of victims as young as 14.

Sen. Ben Sasse, R-Neb., told Fox News that Epstein’s initial sentence was “absurd” and said it is not a time "for people to say, ‘oh, is a Republican or Democrat going to be implicated?’ Every American should stand on the side of those little girls."

Two White House officials told The Washington Post that Trump does not have plans to force out Acosta.

Epstein has pleaded not guilty.

Fox News' Gregg Re and the AP contributed to this report