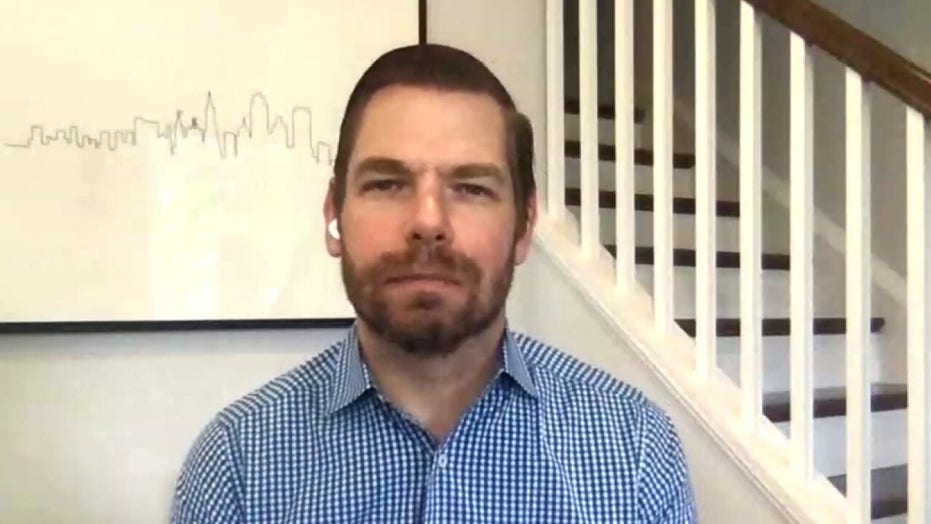 Rep. Eric Swalwell: Tara Reade has a ‘right to be heard’

House Speaker Nancy Pelosi on Friday praised former Vice President Joe Biden for how he handled his first public remarks on the Tara Reade sexual-assault allegation against him, in a show of support for the presumptive Democratic presidential candidate.

"I have said... I am proud to have endorsed Vice President Biden," Pelosi said Friday during a conference call with the Congressional Hispanic Caucus. "I thought that he dealt with it -- a complete denial, support for women."

Pelosi reiterated Biden's authorship of the Violence Against Women Act and called him a "champion" on the issue.

Biden addressed the Reade sexual-assault allegation for the first time directly on Friday in a statement and in an appearance on MSNBC's "Morning Joe" where he adamantly denied Reade's allegations.

Pelosi had been Biden's most forceful prominent backer prior to Biden addressing the issue himself personally.

Pelosi, over the course of two interviews on Thursday, gave her clearest signal yet to Democrats to keep the faith in Biden as she downplayed the sexual-assault allegation against the presumptive Democratic nominee.

Pelosi doubled down on her endorsement of Biden, praised his integrity and reminded the public of the holes in Reade's evolving story and accusation against her onetime boss.

"There was never any record of this," Pelosi said Thursday, refuting Reade's claim that she reported the alleged sexual assault to Senate employees back in 1993. "... Nobody ever came forward to say something about it apart from the principal involved."

Democrats are in a tough spot as strong backers of the #MeToo movement who have given credibility to a sexual-assault allegation against Supreme Court Justice Brett Kavanaugh and the numerous allegations President Trump.

But some have also privately expressed deep concerns about the Reade allegation, which Biden campaign aides have denied. Reade, a supporter of Sen. Bernie Sanders, I-Vt., told a local newspaper last year that Biden put his hands on her shoulders and rubbed his fingers up and down her neck.

Her story was largely buried in the context of several other women who came forward with their stories to say Biden touched or kissed them in ways that were unwanted. Biden responded at the time saying he'd be more respectful of people's personal space.

Now, this year, Reade's account dramatically escalated: she claims Biden pinned her against a wall, penetrated her with his fingers and kissed her.

Reade told The New York Times that she reported the incident to three Biden Senate staffers and filed a written complaint with a Senate personnel office. The three staffers denied ever hearing concerns from Reade. Neither Reade nor the Senate could produce a copy of any record of a formal complaint against Biden.

But over the course of the new reporting, several new developments happened that gave oxygen to Reade's account.

A "Larry King Live" clip from 1993 was unearthed last week that purportedly featured Reade's mother calling in to the show anonymously and alluding to her daughter's "problems" with a "prominent senator."

Meanwhile, Trump has been accused by at least 18 women of sexual misconduct -- which range from unwanted touching to sexual assault -- during purported incidents occurring between the late 1980s up until 2013.

Asked about Reade Thursday, Trump said: "I don't know anything about it. I think he should respond. It could be false accusations -- I know all about false accusations. I've been falsely charged numerous times."